Van Gisbergen fastest by over a second in B6Hr Practice 2

Van Gisbergen fastest by over a second in B6Hr Practice 2 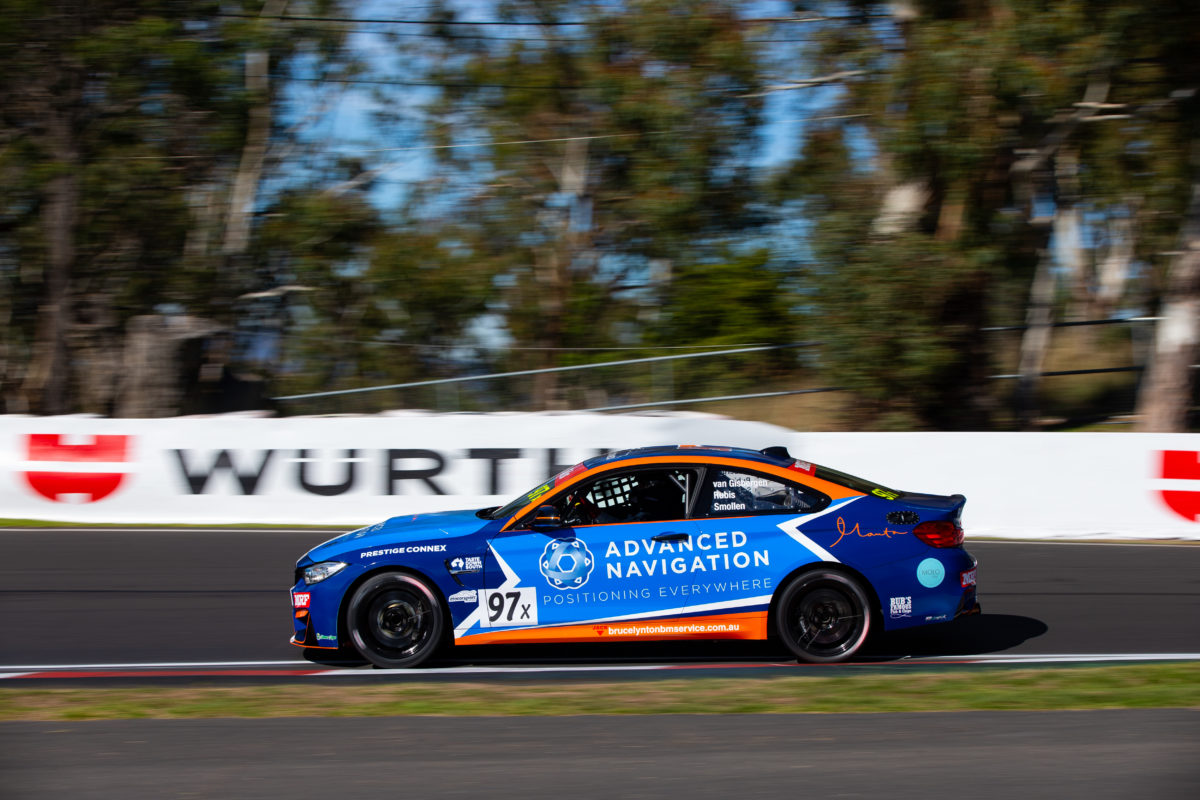 Shane van Gisbergen has gone over a second faster than the rest in Practice 2 for the Hi-Tec Oils Bathurst 6 Hour.

As was the case in the morning’s session, it was the Supercars champion first and 2019 Bathurst 6 Hour winner Tim Leahey second after an hour of action, both in Bruce Lynton-run BMWs.

Unlike the case in Practice 1, however, van Gisbergen started the session, meaning the #97 Prestige Connex M4 held sway almost all the way.

He was headed by Dalton Ellery at the end of the first flyers but overhauled his stablemate next time around and followed that up with a 2:25.9092s on his third hot lap.

Car owner Shane Smollen took the helm of #97 at around the quarter-hour mark, before it was the turn of Rob Rubis, but van Gisbergen’s time would not be beaten.

Leahey came the closest when he took over the #1 Bruce Lynton BM Service M3 from Beric Lynton after a red flag which was called in the 36th minute.

The Orange driver consolidated third spot early in his spell in the car before putting in a 2:27.2778s which moved them up to second on the timesheet.

The Sherrin Racing team, which took out the event in 2018, wound up third courtesy of David Russell’s 2:27.5732s after the chequered flag in the #27 BMW M4 which he shares with Grant Sherrin.

Dalton Ellery’s 2:28.1699s, which had the #99 Bruce Lynton BM Service M3 second-fastest for much of the session, was good enough for fourth all told.

Best of those outside Class X was the #42 Airtag Mercedes-Benz A45 which topped Class A1 in seventh outright, courtesy of an early 2:31.3772s from Garth Walden.

Similarly, the #95 Miedecke Motor Group Ford Mustang was best in Class A2 in eighth outright, thanks to a 2:31.7485s believed to have been achieved by Brodie Kostecki.

The #8 BMW M3 that Tim Slade is due to drive was sidelined from Practice 1 as a result of a technical drama, and Bradley Carr managed to notch up only three laps in it in Practice 2.

It was the #23 HSV GTS which triggered the red flag, the only such stoppage of the day for the Bathurst 6 Hour field, when Antonio Astuti opted to stop due to a diff line letting go.