Shane van Gisbergen has edged the most recent Hi-Tec Oils Bathurst 6 Hour winners in opening practice for the 2021 event.

Van Gisbergen laid down a 2:27.4380s just before the chequered flag fell on the hour-long session in the BMW M4 which he shares with car owner Shane Smollen and also Rob Rubis.

That was enough to knock Tim Leahey off top spot by 0.3211s while Grant Sherrin, who took out the Bathurst 6 Hour another year earlier, made it an all-BMW, all-Class X top three with a late 2:28.7475s.

Garth Walden was good enough for fourth in a Class A1 Mercedes-Benz A45, and Josh Muggleton put a Class A2 HSV Clubsport R8 into fifth.

Leahey was handed the first two runs in the #1 Bruce Lynton BM Service M3 and set the fastest initial flyer, a 2:31.3860s.

He was briefly knocked off his perch by George Miedecke (#95 Miedecke Motor Group), who drove one of the Ford Mustangs which occupy Class A2 to a 2:31.1335s next time around, but quickly hit back with a 2:28.7187s.

Beric Lynton was then installed in Car #1 as the very top end of the timing screen settled down for the next half-hour, until van Gisbergen was sent out for the final run in the #97 Prestige Connex entry.

Sherrin looked a threat when he set the fastest second sector as the minutes ticked down, although the 2:28.7475s he ultimately achieved consolidated third position for the #27 Sherrin Racing M4, which David Russell did not steer at all in the session according to timing.

Not far behind #27 on the race track, van Gisbergen was able to roll out the 2:27.4380s despite only going personal best in Sectors 1 and 2, and slower in Sector 3.

With the chequered flag out, the New Zealander then set a 2:28.1165s which was still faster than all but Leahey had done during the hour.

Best for the #95 Mustang, which Paul Morris finished the session in, was a 2:30.5886s from Miedecke which left it sixth on the timesheet. 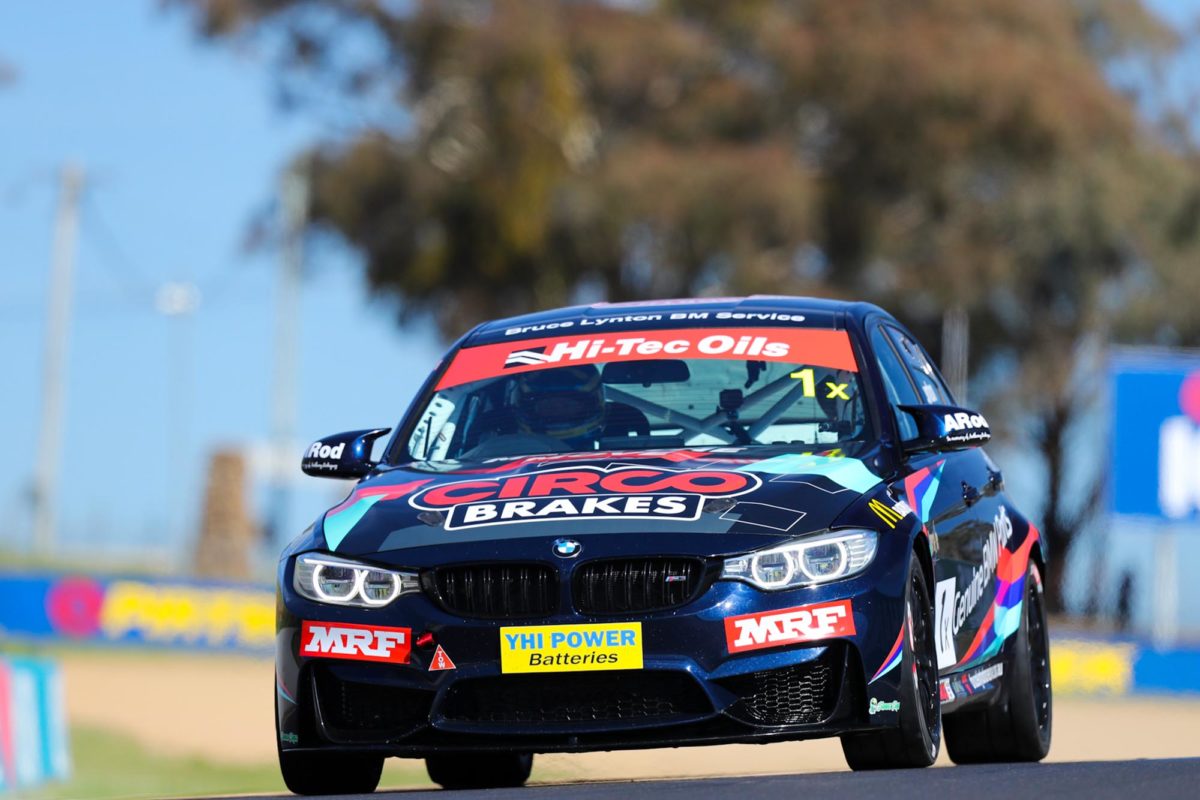