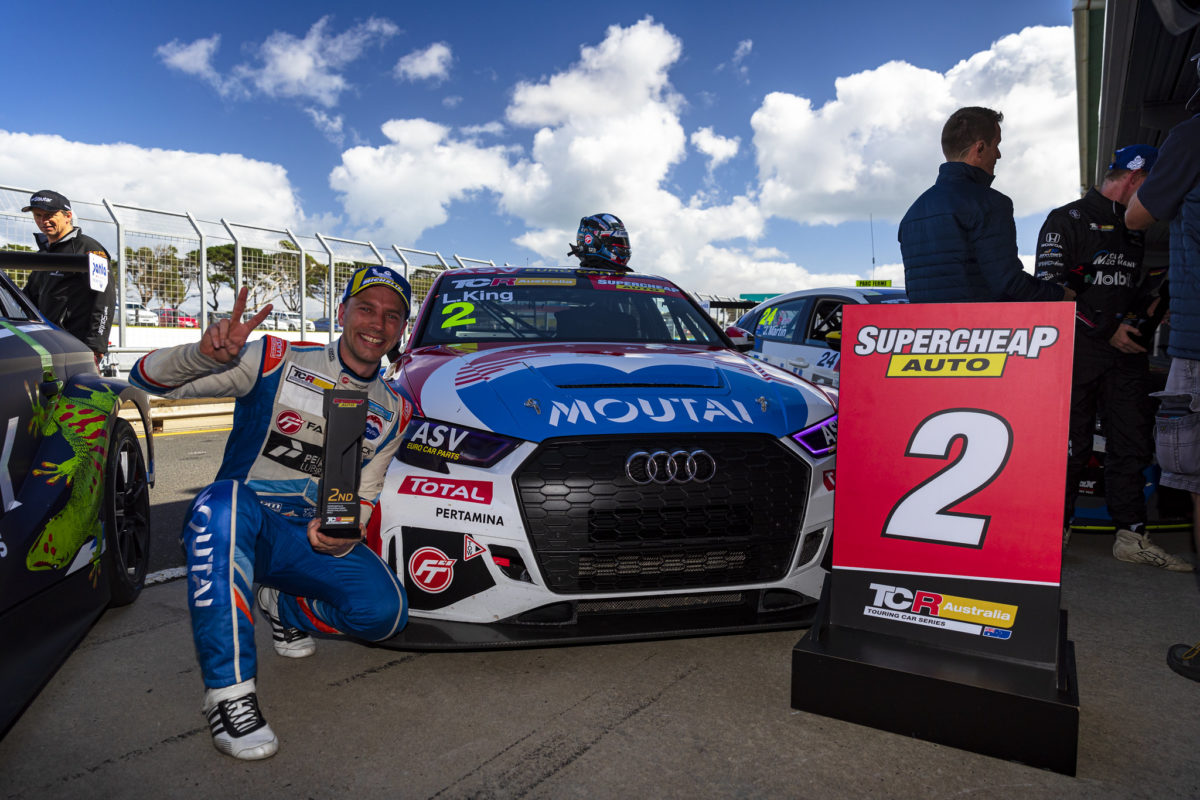 Luke King has hailed the teamwork which he is enjoying with fellow Audi driver Chaz Mostert in the Supercheap Auto TCR Australia Series.

The Melbourne Performance Centre team-mates sit first and second in the standings, Mostert up by 15 points, ahead of this weekend’s third round at the Hi-Tec Oils Bathurst 6 Hour.

It was last time out at Phillip Island that Mostert scored two race wins, the first of those by a record margin, and was on for a third until a tyre let go.

However, King’s efforts helped to deliver two one-twos for the official Audi customer squad, and he made the Bathurst 1000 winner work hard for victory in Race 2.

According to the man who is seeking to cement a career as a professional race car driver, there is a strong working relationship and a mutual respect between himself and the established Supercars star.

“Chaz is pretty much how he seems on TV,” King told Speedcafe.com.

“It’s been great sharing information together and the whole MPC team is like that.

“There’s no secret squirrel between the engineers or anything; we all share to try and make the Audis faster, which, considering the field’s so competitive, you kind of need.

“Chaz hasn’t been like, ‘I’m a Supercars driver; you can’t talk to me,’ or anything like that.

“It’s been quite good and there’s a mutual respect there now, I think, which is great.”

The Central Coast driver, who has come through the Toyota Gazoo Racing Australia 86 Series and dabbled in others such as the LMP3-based Chinese Endurance Championship, made the step into TCR this year thanks to hard graft in the sport itself and his commercial pursuits. 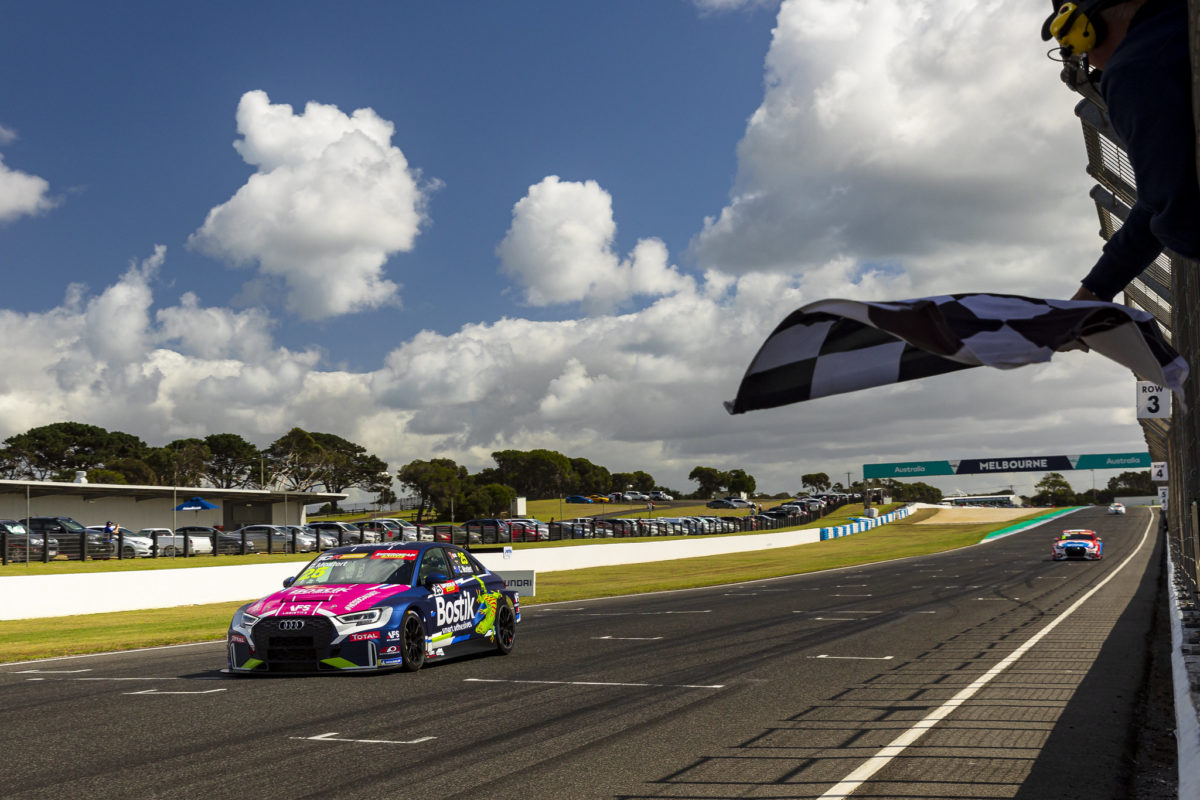 “I rate him, I really rate him,” Russell told Speedcafe.com.

“What he does behind the scenes to go racing with his sponsors and the media stuff that he does, there’s a lot of young kids that could take a leaf out of his book, I can tell you.

“He’s so dedicated to going racing. There’s no money in the family, so he has to get find the money and he does.

“He does a sensational job of looking after the sponsors, so on that side of it, you’ve just got to rate the kid.

“Then he gets in the car, [after] he does all the work beforehand. He comes and gets on the sim here as much as he can; he prepares himself the best that he can.

“Obviously having Chaz as team-mate has helped him a bit as well. In actual fact, I think he was quicker than Chaz in the second sector [at Phillip Island].

King does have experience at Mount Panorama, but this weekend’s racing will be his first there in a front-wheel drive car.

Despite that challenge, he feels well-prepared after yet more simulator work at MPC.

“That’s been my biggest concern, to try and make sure that we’re ready for that,” he said of steering a car that drives through its front wheels, at Bathurst.

“Obviously, when you have a lose in a front-wheel drive, you’ve got to get back on the throttle to straighten the thing out and then you’ve got to slow it down.

“If you have a lose coming down The Esses [for example], it’s a bit trickier than what it probably would be in a rear-wheel drive car.

“You’ve got that room for error at Phillip Island whereas we all know Bathurst doesn’t.

“We’re just going to be taking it slow and steady and session by session, and then once we’re comfortable, we’ll push.

“Every time I’ve driven around there in the 86s, each year you get more and more confidence, so I think, naturally, the guys that have been there before are going to be quick.

“It will be a big adjustment in the front-wheel drive [but] we did a bit of testing last week down at MPC on the sim, so Chris Stuckey [engineer] and I got together on the simulator and did a day together, which was really good.

“[It was] Probably the most prepared I’ve ever been for a race meet, to be honest.”