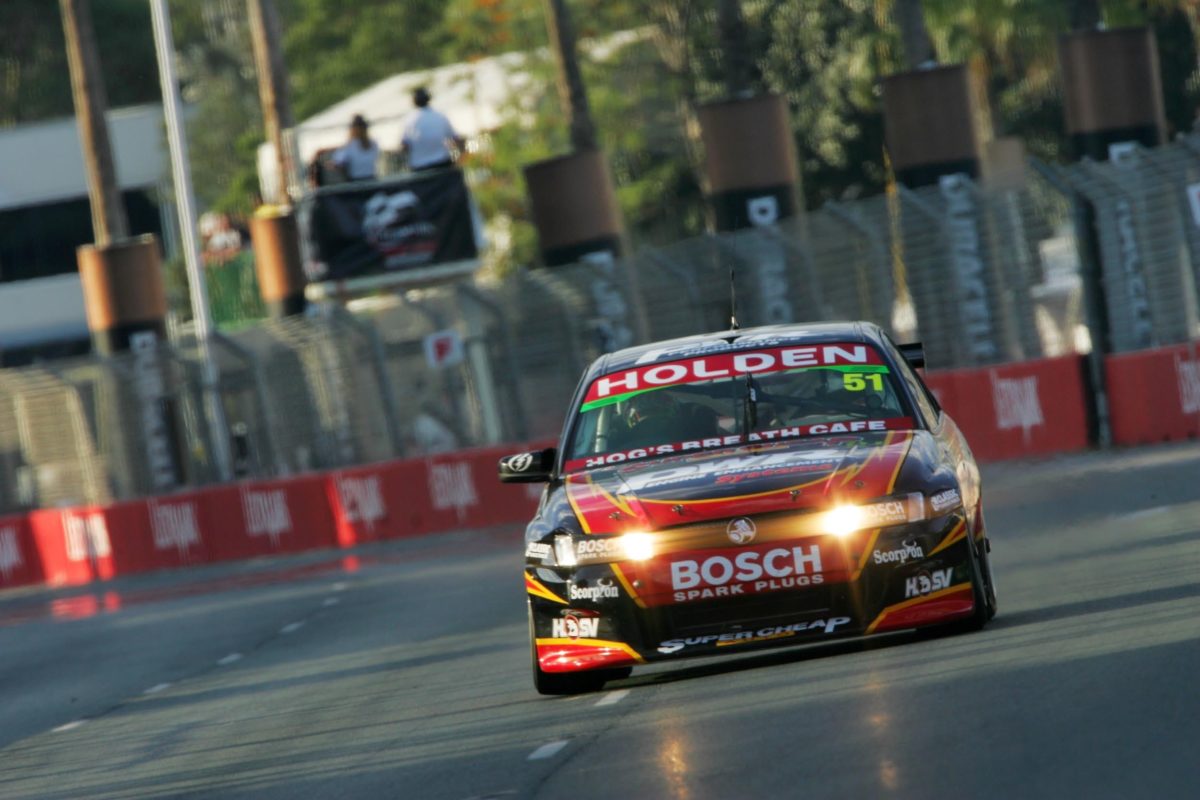 Greg Murphy drives a VZ Commodore, with an H-pattern gearbox, in 2005. Picture: AN1 Images

Greg Murphy believes that Supercars’ manual gear changing task “needs to be retained” amid signs that paddle shift could be introduced next year in conjunction with Gen3.

A tender issued in January listed ‘assisted shift’ and paddle shift among the “Specific features of the intended engine” and a mechanism for the latter also as a requirement for the steering wheel.

The assisted shift reference would appear to denote automated throttle blip given the tender, issued in January, also reads, “At this stage, an E-shift system is likely.”

That is, drivers would simply flick a paddle to downshift, rather than having to heel-and-toe in order to rev match while pushing the gear lever.

Shane van Gisbergen, the 2020 Bathurst 1000 winner and 2016 Supercars champion, has been particularly vocal in his opposition to those changes, going out of his way to describe paddle shift as “shit” on multiple occasions this year alone.

The Red Bull Ampol Racing driver then called on Supercars to “Throw paddle shift in the bin” when asked about preferences for Gen3 in the press conference following his fifth win in as many races so far in 2021.

That comment drew unanimous support from fellow podium finishers Brodie Kostecki and David Reynolds, and has been a popular sentiment among other drivers who have voiced an opinion on the subject.

Now Murphy has joined them, declaring himself “absolutely” against paddle shift and insisting that the driving challenge of manually changing the gears must be preserved.

“What we’ve got is quite unique,” the four-time Bathurst 1000 winner told Speedcafe.com.

“It sets us apart, and I think it’s a really important aspect that needs to be retained.”

Murphy likened the impact of the potential paddle shift switch to that of the change from H-patterns to sequentials.

Having raced what would come to be known as a Supercar for the first time in the enduros of 1995, the New Zealander spent the majority of his career in H-patterns, which were only phased out in 2008.

“I was actually against going to sequential and it was really because, I suppose in a selfish way, not everyone could drive one,” he explained.

“It took time; it was a hard thing to do. I remember going to the race track, and guys driving Supercars the first time with an H-pattern box literally had to stop on the track sometimes to get a gear, because it was such a challenging thing.

“I used to left-foot brake with an H-pattern, and blip the throttle, and manage that, which was another aspect of trying to manage it.

“But I loved it, and enjoyed it. It was a significant part of that skillset that you needed.

“The shift away from H-pattern was a shock. It made it so much easier for people without Supercar experience to get in and drive one, so it changed it markedly.

“I think that would do a similar thing with paddle shift. It would, again, make it so much easier for a lot of drivers to drive them.

“Maybe that’s what the sport wants, but that’s not what the drivers, and that’s not what I think a lot of people, would want, because it just aligns it too close to all these other formulas out there.” 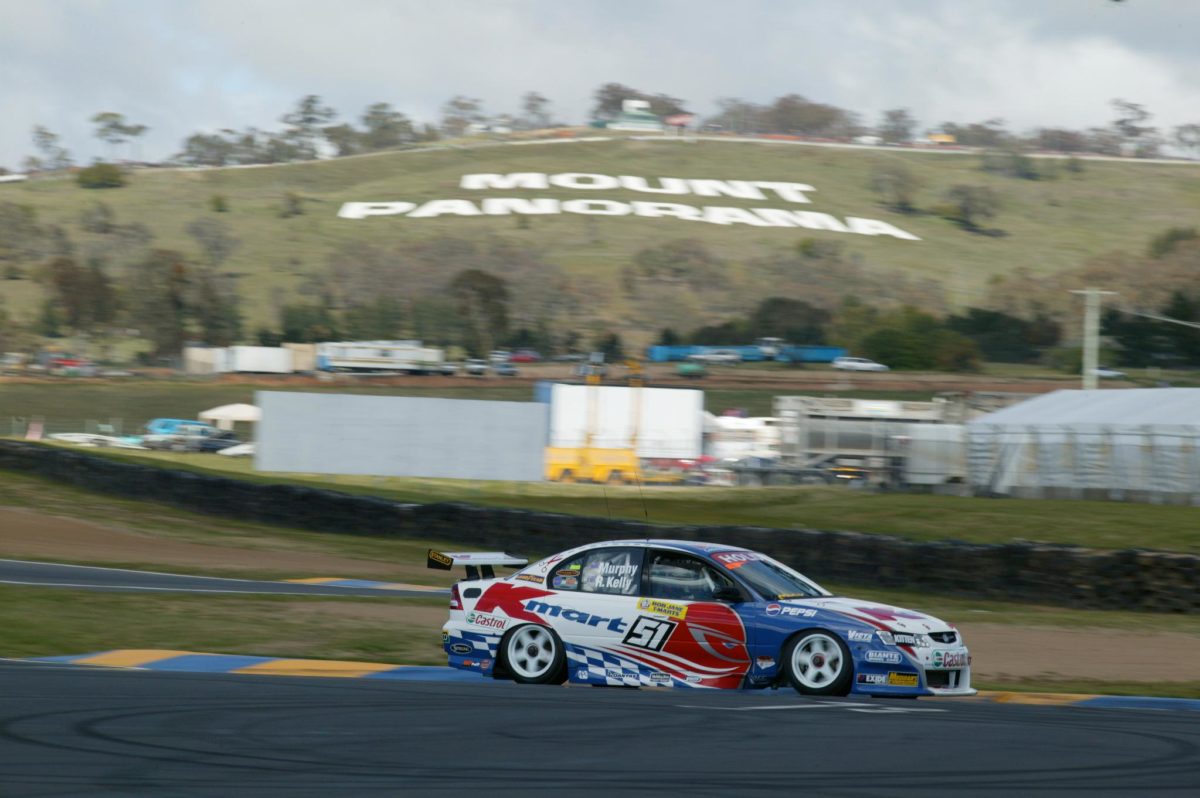 The VY Commodore in which Greg Murphy drove the Lap of the Gods in 2003. Picture: Holden Motorsport Facebook

The reaction from the international co-drivers who would come out for the Gold Coast 600 when it ran such a format from 2010 to 2012 demonstrated just how special a Supercar is, according to Murphy.

“Seeing the looks on their faces, and seeing the challenge that they had in front of them to get used to these cars – on a particularly difficult race track as well – and to see the ones that excelled at it as well, it was an awesome thing to see,” he recalled.

“Talking to them back then, the first time they drove them, they were just in awe of the regular drivers, and how fast they were, and how good they were at it.

“It was such a shock [for the internationals] to be put back into an environment with that much horsepower, that kind of tyre, that kind of weight, no ABS, no traction control, and a manual gear shift.

“I think they all absolutely loved it. Every comment I can remember from all those guys was how much they loved driving those cars because of that back-to-basics style.”

Murphy made history when he achieved the first ‘six’ at Mount Panorama in qualifying on pole position for the 2003 Bathurst 1000, which he converted into his third Great Race victory.

The man who drove that ‘Lap of the Gods’ went as far as describing the task of piloting a current Supercar on the limit as a thing of beauty.

“I think it’s exciting from a spectator/fan perspective, but from a driver perspective too.

“It’s something that takes time, and is part of what makes a Supercar driver, when they are on top of their game, so good at what they do.

“We know that Supercar drivers are as good as just about anyone in the world, and part of that process is the learning phase, and the difficulty of not having ABS, not having traction control, having a manual gear shift with a clutch…

“All that stuff, and being able to manage all those components, and do it well, and do it great, and drive these cars around places like Bathurst, at the speed that they do, in such a beautiful way, because they’re at the top of their game.