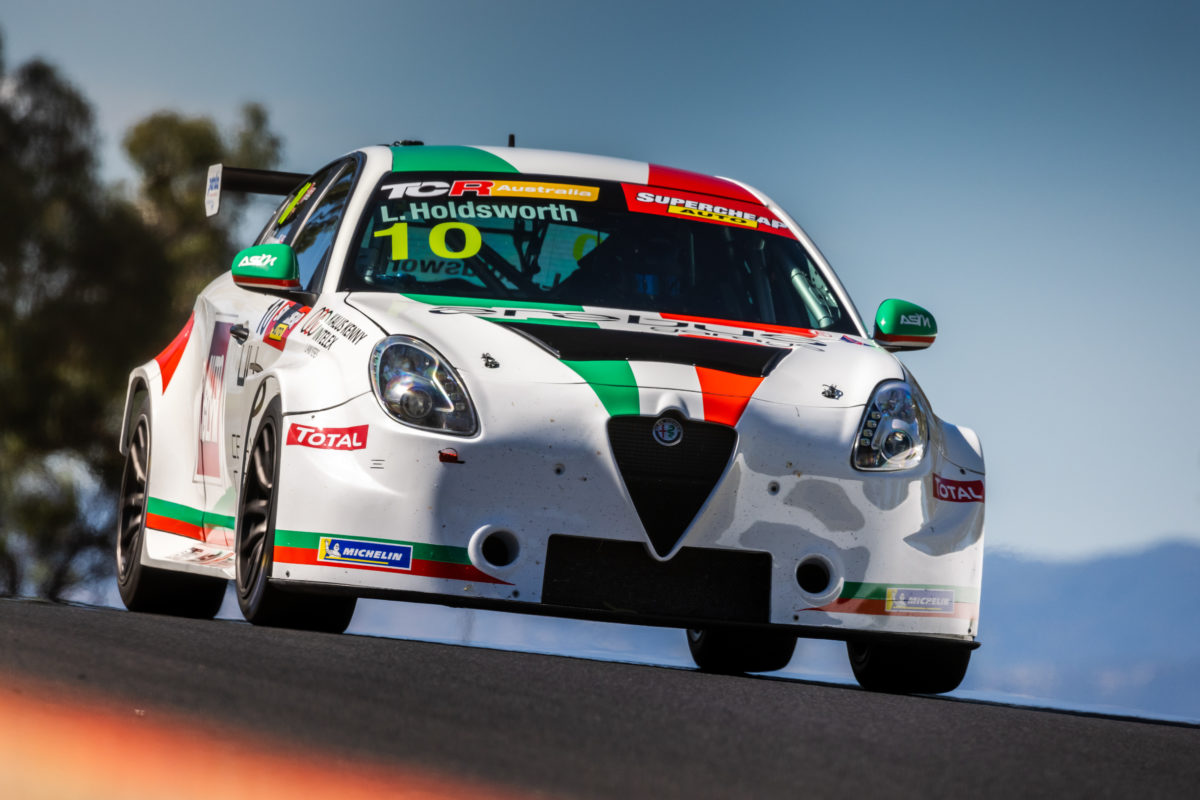 Lee Holdsworth has beaten Chaz Mostert to Practice 2 honours as the pace dropped into the 2:15s in Round 3 of the Supercheap Auto TCR Australia Series at Mount Panorama.

In a frantic end to the second half-hour session of the day for the hot hatches, Mostert grabbed top spot after the chequered flag with the first ‘15’ of the weekend, only to lose it when Holdsworth came through and clocked the second.

Holdsworth became the first driver to beat Cox’s Practice 1 pace-setter when he clocked a 2:17.5879s on his fifth lap, shortly before Cox himself rolled out a 2:16.5868s.

O’Keeffe crept closer with a 2:16.2213s that would be his best inside the final two minutes of the session, setting the fastest first and third sectors in the process.

Mostert could not crack a fastest sector anywhere but was better across the full 6.213km in nailing a 2:15.9982s as drivers were finishing their final laps, but Holdsworth had just a little bit more.

Notably, the #10 Alfa Romeo was fastest in Sector 2, which runs across the top of the Mount Panorama Motor Racing Circuit.

Qualifying, which is just a single session this weekend, starts tomorrow morning at 07:40 local time/AEDT.