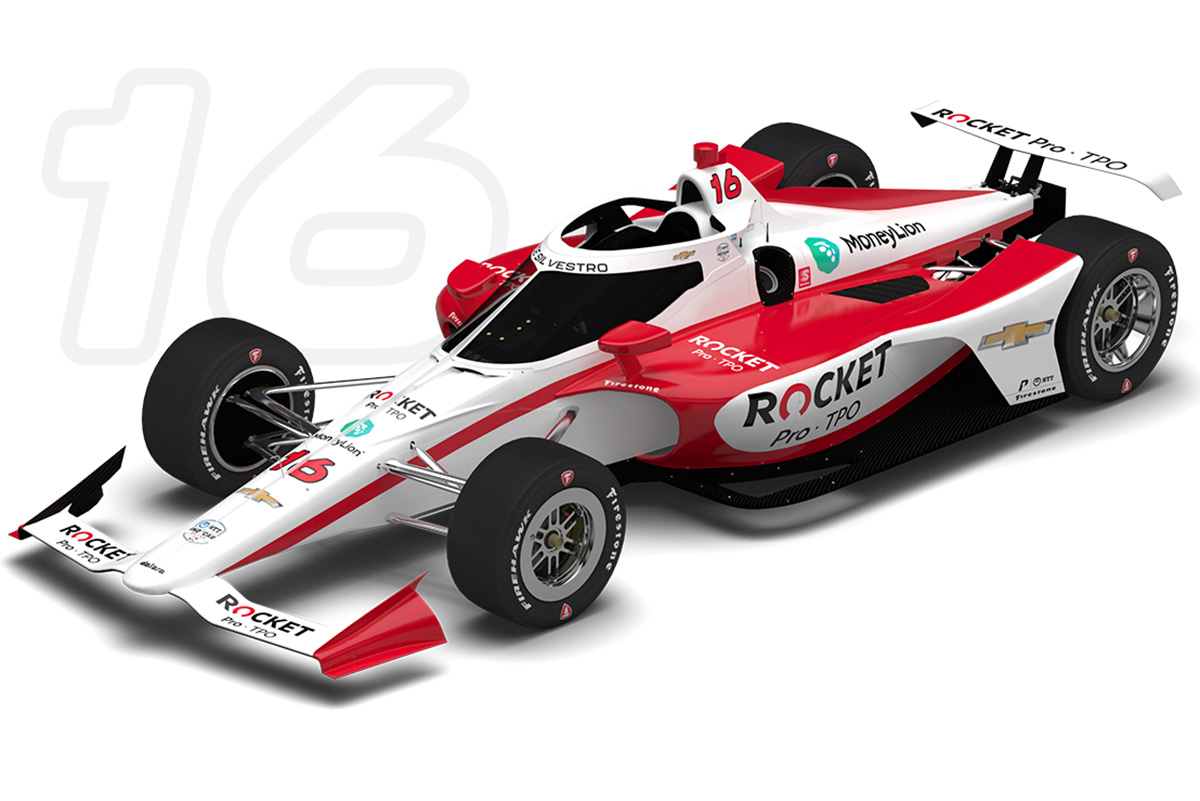 The livery in which Simona De Silvestro will contest the 2021 Indianapolis 500 has broken cover.

De Silvestro is lining up for Paretta Autosport in the 105th running of the prestigious race as part of a female-owned, female-driven and predominantly female-crewed operation.

Her #16 Chevrolet will also benefit from a technical alliance between Paretta and Team Penske.

Now, Rocket Pro TPO has been confirmed as the entry’s major backer for the May 30 event.

“Having Rocket Pro TPO come onboard as our primary sponsor for this year’s Indy 500 is a perfect partnership,” said team principal Beth Paretta.

“We are both huge proponents of highlighting the power of women, while also using technology and speed to be the best at what we do.

“I cannot wait for what we will be able to accomplish as a team – both on and off the track.”

Rocket Pro executive vice president Austin Niemiec added, “It is an honour to be able to use the Indianapolis 500 to highlight and amplify the important role that women play in our industry, in our company and in independent mortgage brokers’ offices all across the country.”

De Silvestro is well known in Australian motorsport circles following her three-year full-time stint in Supercars with Kelly Racing from 2017 to 2019.

With an IndyCar podium to her name – from the Houston event of 2013 – this will represent her sixth start in the Indy 500.