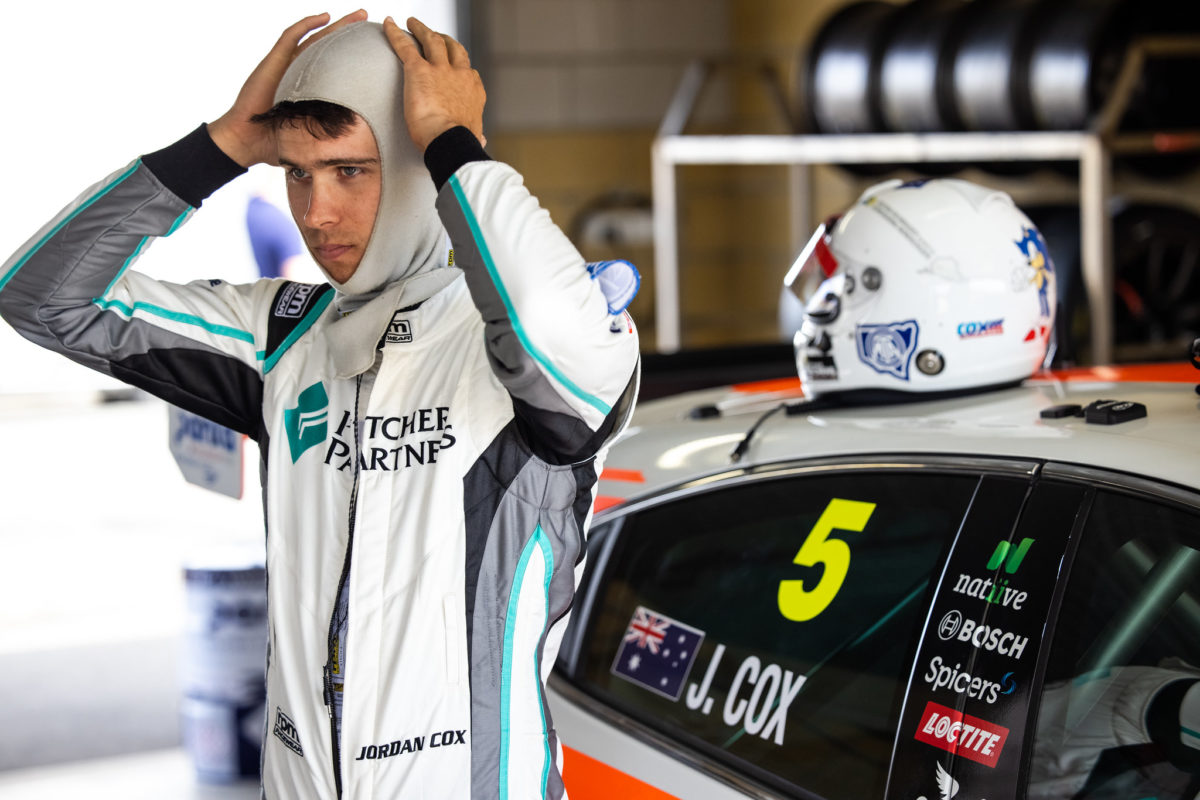 The magic number was a 2:17.7926s, Cox vaulting all the way from 15th with the chequered flag out on the half-hour morning hit-out at the Hi-Tec Oils Bathurst 6 Hour.

In doing so, the Alfa Romeo driver upstaged then-fast man Garth Tander and fellow Giulietta steerer Lee Holdsworth, the latter of whom held sway for the majority of proceedings.

The session began in cool conditions and there was a red flag before anyone had a chance to complete a lap, with the cause unclear but timing suggesting Ben Bargwanna (Peugeot) may have had something to do with it.

Martin got close with a touch over five minutes remaining, clocking a 2:19.1720s that would be his best of the session, and Mostert briefly held third with a 2:20.2092s soon after in his Audi.

Tander rolled out his best, a 2:18.6308s, inside the final two minutes and that looked to have done the trick when Holdsworth could only improve to a 2:18.9291s on his second run proper.

However, there was still time for Cox, who won the opening round of the season at Symmons Plains, to put one over the former Supercars full-timers.

D’Alberto crept up to fifth even later in the piece with a 2:19.5698s, with the rest of the top 10 being Shiels, Zac Soutar (Honda), Mostert, Josh Buchan (Hyundai), and last-start race winner Jason Bargwanna (Peugeot) at 2.7211s off the pace.

Ben Bargwanna did end up setting a 2:30.1449s which left him 21st, and James Moffat (Renault) propped up the timesheet with a seemingly unrepresentative 2:36.2383s having sat in the pits for most of the session.