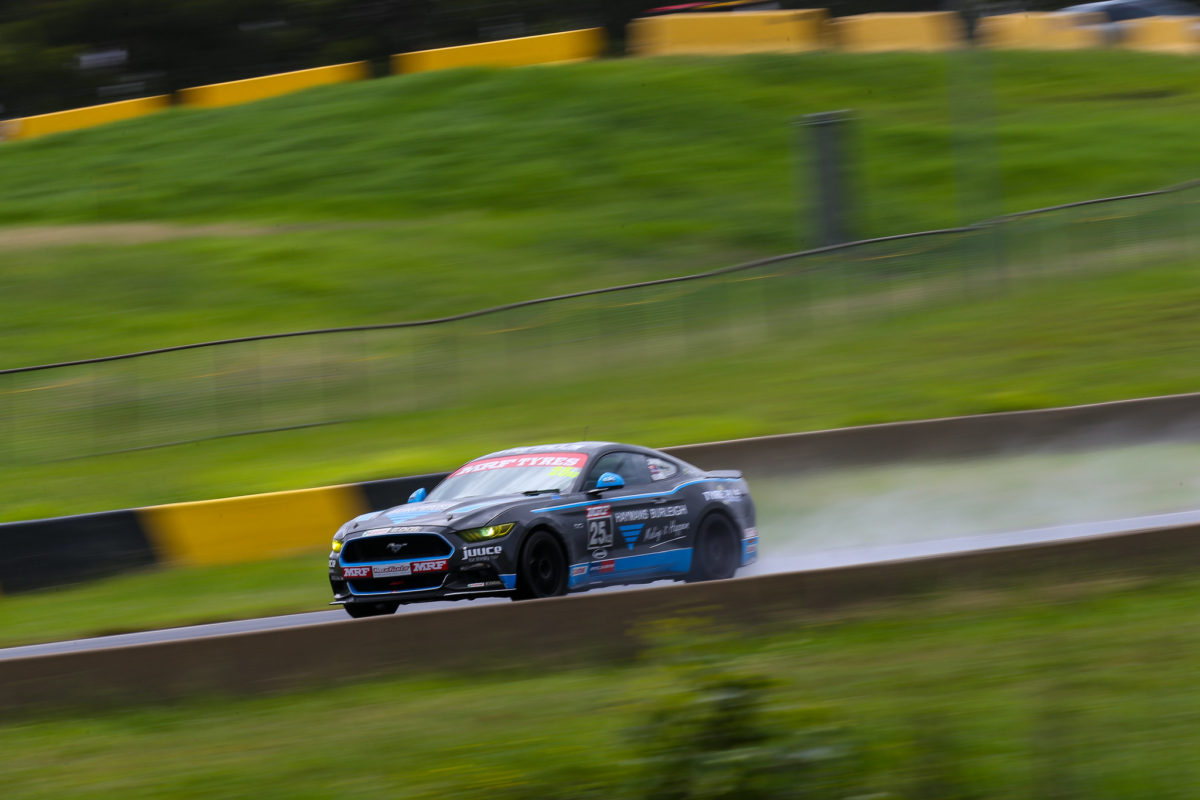 The Mustangs are a major threat for outright victory in this weekend’s Hi-Tec Oils Bathurst 6 Hour despite not being in the top class, according to recent race winners.

The 2021 edition of the production car enduro will be the first in which Ford’s current hero car competes, having been made eligible before last year’s ultimately cancelled race.

Class X, for ‘Ultimate Performance’ cars, was introduced in conjunction with that change and includes the BMWs which dominated the 2019 Bathurst 6 Hour and won in 2018.

The Mustang (Designation: FM, FN), however, goes into Class A2, for ‘Extreme Performance Naturally Aspirated’ cars and that would suggest that the five Ford coupes in the field are not a serious threat of outright victory.

However, the supplementary regulations, and also the talented driver roster in the pony cars, mean that is not the case, say both Beric Lynton and Grant Sherrin.

Class X entries, such as the M3 which Lynton will drive and the M4 that Sherrin is due to get behind the wheel of, must complete six compulsory pit stops compared to the Mustang’s obligation of four, as a Class A2 vehicle.

With minimum CPS time being 90 seconds (from pit entry line to pit exit line), and the fastest lap of 2019 being a 2:27.9680s from the race-winning Lynton/Tim Leahey BMW, that amounts to a free kick of just over a lap to the Mustangs.

Furthermore, the M3s and M4s are restricted to maximum boost of 1.45 bar throughout the rev range.

“The Mustangs, I think, are the dark horses with four stops and two of them with three drivers,” Lynton told Speedcafe.com.

“It means they can manage fuel and not worry about managing driver time, which could be very beneficial to them.

“Us having two extra stops as a BOP, feel it’s going to come down to how many Safety Cars there are. [With] 62 entries, there could be a few, there may not be many.

“Two years ago, I think we did 10 laps total under two Safety Cars [Actually 10 laps under three Safety Cars]. That was still with 40-something entries. They were all good cars, no issues, so we ran green for so long.” 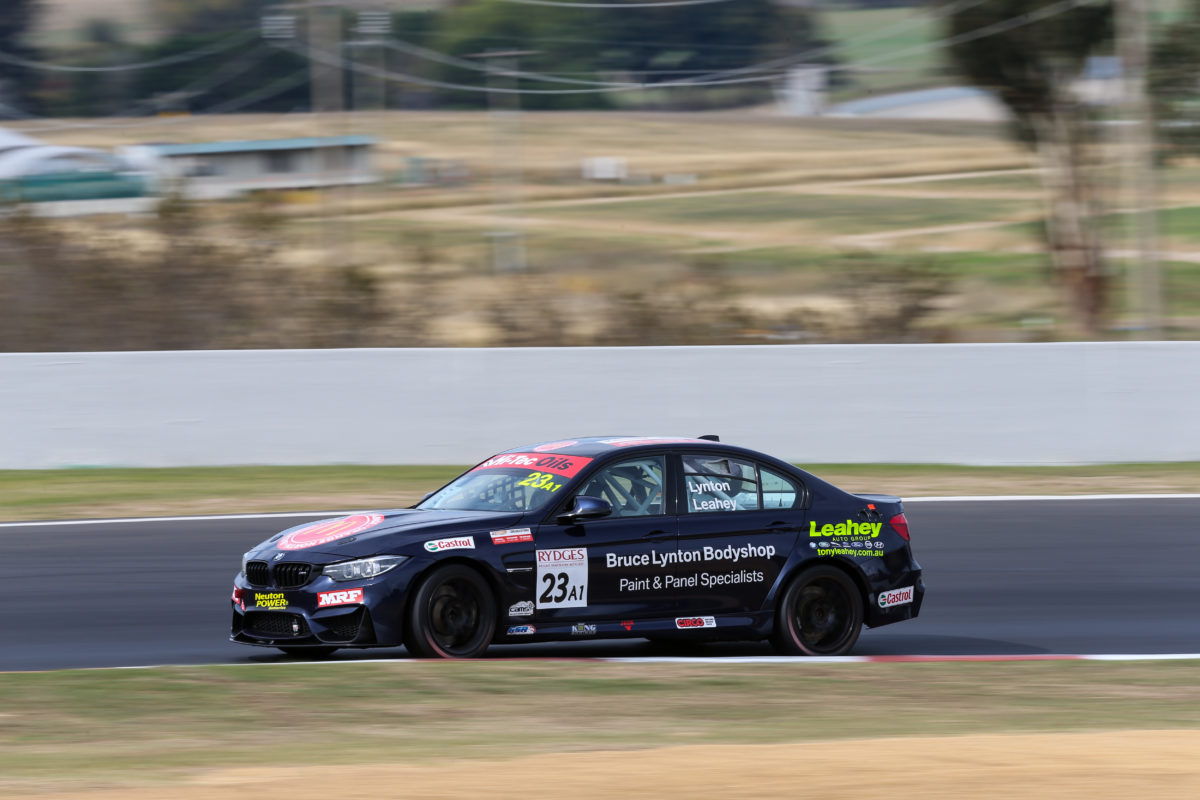 “Obviously, the Mustangs have probably got a bit of an advantage; they don’t have to do as many compulsory pit stops as what Class X does and no Balance of Performance on them.

“As we’ve seen in 2019 [Australian Production Car Series], the Mustang is competitive with the BMWs, so that’s something definitely to watch.

“But anything can happen and there’s plenty of talent up the top end in Class X and Class A2.”

Nevertheless, it was Lynton/Leahey in a BMW M3 who won comfortably in 2019, and they arrive this time around off the back of victory in the MotorsportSales Enduro Champs round at Sydney Motorsport Park early last month.

The Bruce Lynton BM Service outfit is also running the M4 which car Shane van Gisbergen is sharing with car owner Shane Smollen and Rob Rubis, and the M3 that three-time Bathurst 1000 podium finisher Steven Ellery is driving with sons Dalton and Tristan.

At Sherrin Racing, David Russell is now in the line-up after Iain Sherrin, who drove with brother Grant to victory in 2018, had to step back due to family commitments. 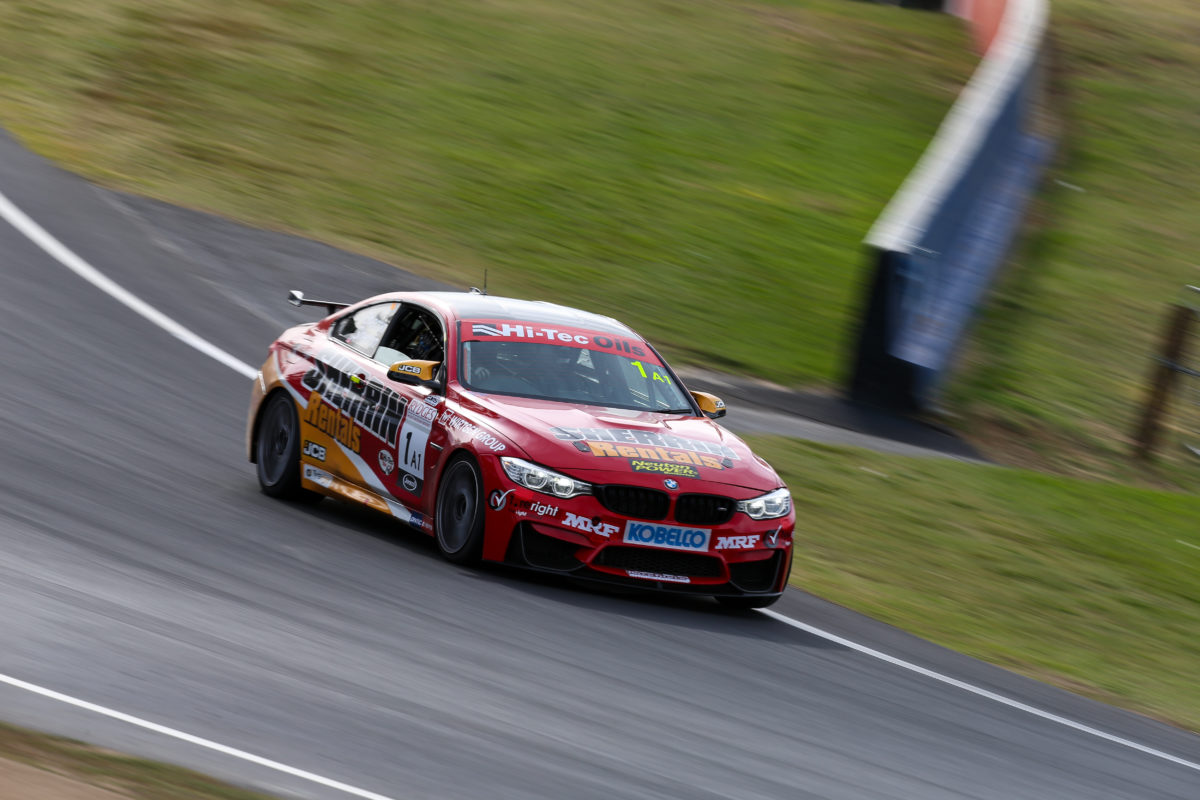 Asked about standouts, Lynton began, “I think that the form that SVG’s in, his two co-drivers are very capable, both have done lots of Bathurst stuff and other racing…

“If everybody’s on the lead lap at the last pit stop, it’s going to be a fairly interesting race.

“My co-driver in Tim’s extremely good, but so is SVG, and Davey Russell can steer and he showed what he did in the 135 two years ago against the faster cars [fourth outright in Class B BMW 135i].

“He’s had the experience around their production cars on MRFs [tyres], but SVG will adapt very quickly; he adapted very quickly in the tests that we did at QR [Queensland Raceway] before his Sandown run.

“Tim Slade is in probably the newest car out of all of them. Hopefully they don’t have any teething problems and if they don’t, I think Tim in the car at the end of the race will be competitive as well.

“Realistically, every car I think has got an experienced driver in it that puts it in with a chance.

“Even the Ellerys, Dalton and Tristan being the sons, are young and fast, but I’d hate to think how many laps Steve’s done around there. He knows his way around.

“We’ve probably done ourselves no favours [expanding] from a one-car to a three-car team and giving ourselves two fairly hot contenders that give us a run for our money,” he laughed.

Sherrin is not ruling any M3, M4, or Mustang out of contention.

“I think anyone in the M3s, M4s and the Mustangs are a threat, really,” he said.

“It’s an enduro event and at Bathurst anything can happen. There are some good drivers in all of them. Beric is obviously a threat; every car’s got good people in them. Tell me where there isn’t really a threat…

“Hopefully we can get there and fight for a podium at the end. We’ve been able to get on the podium three out of the four times it’s been run, so hopefully we can make it another year.” 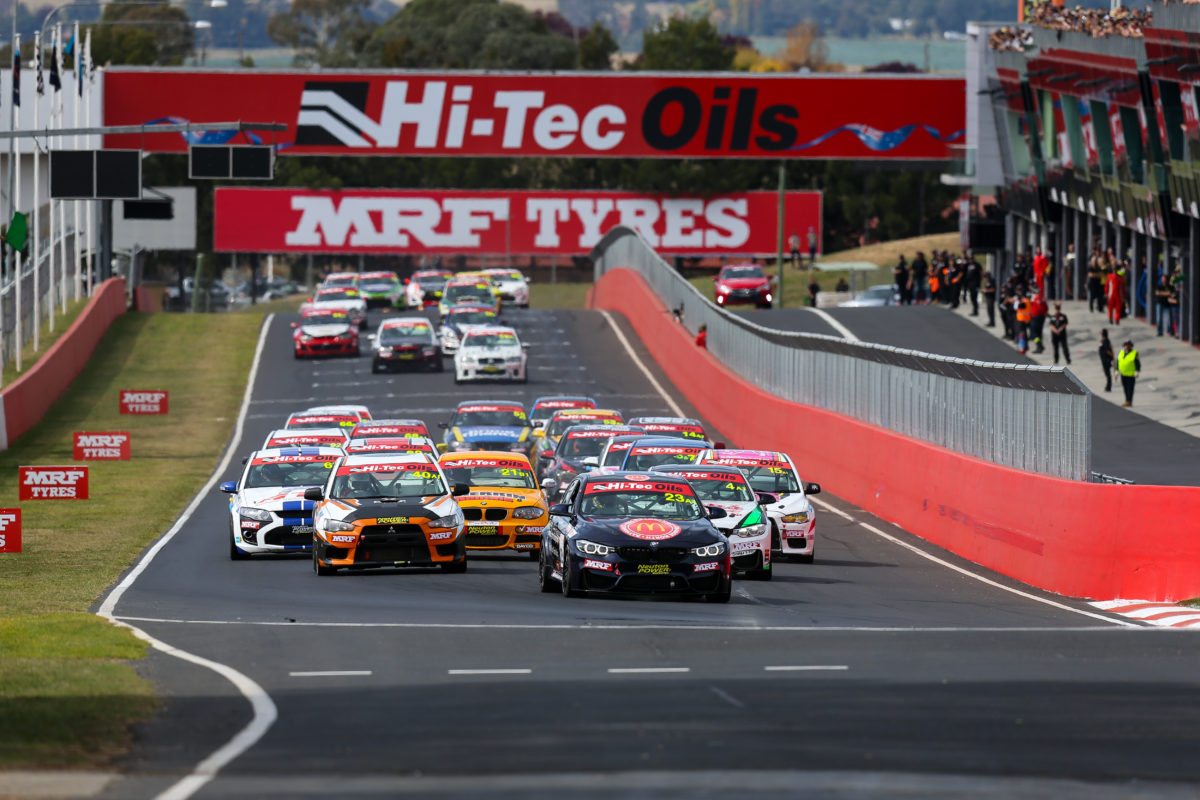 There was good news on that front yesterday morning ahead of this morning’s planned announcement, due at 09:00 local time/10:00 AEDT, of a decision on whether or not the lockdown goes on past tonight.

All going well, the #27 BMW and its crew will be present at Mount Panorama in time for Practice 1 tomorrow morning at 10:20 local time/AEDT.