Whincup: ‘You can’t be on top of the world forever’

Whincup: ‘You can’t be on top of the world forever’ 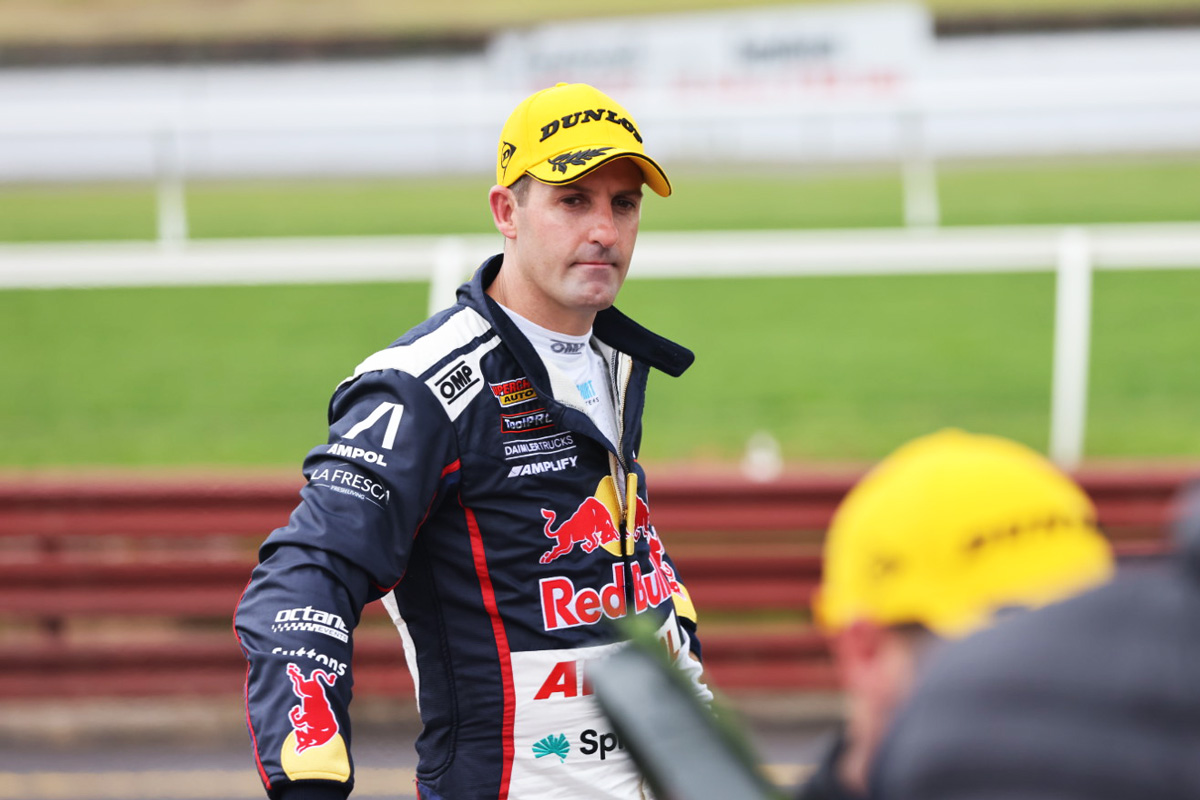 “After all these years – I’ve been Supercar racing for 17 or 18 years now – I understand there’s swings and roundabouts.”

That’s Jamie Whincup’s philosophical take on an odd start to the year in which he sits second in the 2021 Repco Supercars Championship but has faced a degree of scrutiny for struggling to match red-hot Red Bull Ampol Racing team-mate Shane van Gisbergen.

Van Gisbergen is unbeaten after five races across two events, taking three poles as well as winning from as low as 17th on the grid at Sandown.

That’s put him already 150 points clear of Whincup, who is now his nearest rival.

Whincup was a comparatively circumspect seventh and sixth at Mount Panorama before finishing inside the top four in every Sandown qualifying and race session.

“We definitely made a step forward for Sandown – instead of being at the back of the 10, we were sort of around the fifth to third mark, so really encouraged with the step forward,” Whincup told Speedcafe.com.

“But of course, if we want to be a championship contender, we have got to make another step in the next couple of rounds, which is what we plan to do.”

As for his team-mate’s sublime vein of form, Whincup praised the “fantastic job” both van Gisbergen and #97 engineer David Cauchi have been doing. 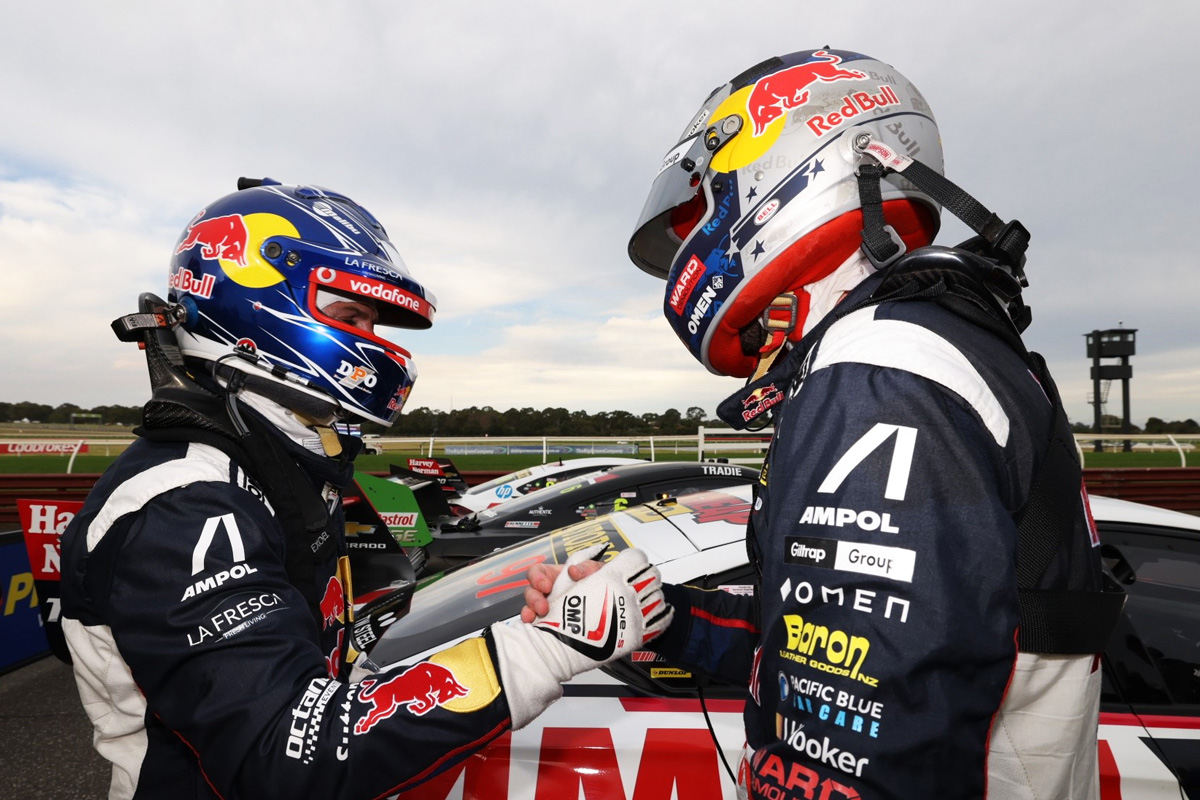 “We saw Scotty Mac [McLaughlin] do this recently, have a really strong run of wins at the start of a season, and SVG has been able to string five together so far. Impressive start, but it is a long year,” he said.

“From a team point of view, we’re certainly not resting on our laurels.

“The game constantly improves and we’ve got to make sure we’re improving as fast, if not faster, than anybody else.”

Whincup is positioned interestingly as a Triple Eight co-owner and soon-to-be team principal, but equally an intensely competitive character behind the wheel.

He’s realistic about the “swings and roundabouts” that make up a season and, as happy as he is for van Gisbergen and the team, is by no means giving up on a record eighth title before retiring from full-time driving at season’s end.

“I’ve been up and down; I’ve had some unbelievable runs and some not so,” said the 38-year-old.

“You can’t be on top of the world forever, it has to go up and down a little bit. 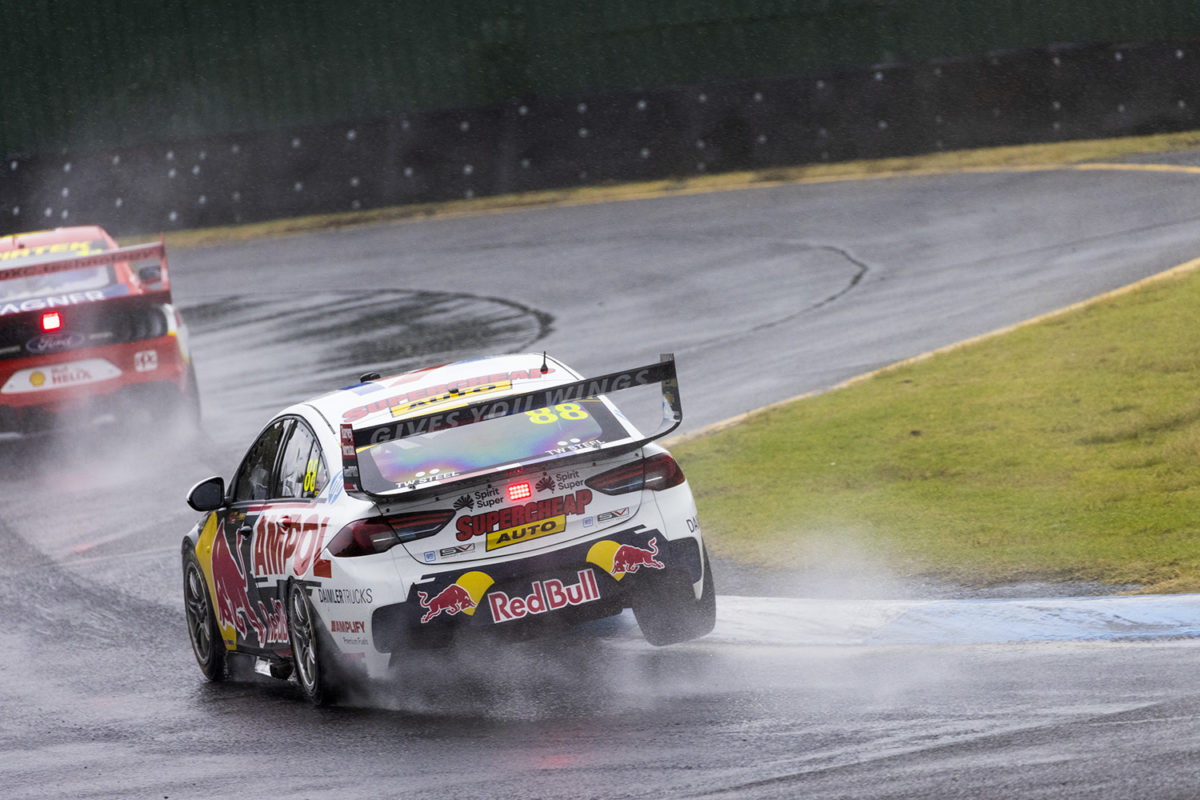 “But hey, sitting here, P2 in the championship and I’ve had a few good podiums, I’m certainly not disappointed at the start of the year but I’ve got high expectations and hopefully we can keep improving as we go along.

“But if I’m not winning, the next person that I want to win the race is certainly my team-mate.”

Whincup added his relationship with engineer recruit Wes McDougall is coming along well, with the ex-Matt Stone Racing guru also contributing to the wider picture.

“He’s been very methodical and the great thing is he’s very different to Cauchi, which brings us diversity,” explained Whincup.

“We work together as an engineering group so having somebody that thinks differently and acts differently to the other engineers is a plus.

“I’ve got no doubt that him being part of the picture is helping both cars out. He’s been a great addition to the team.”

Next up on the Supercars schedule is the Beaurepaires Tasmania SuperSprint on April 10-11, with category management carefully monitoring the COVID-19 situation in Brisbane – where Triple Eight is based.