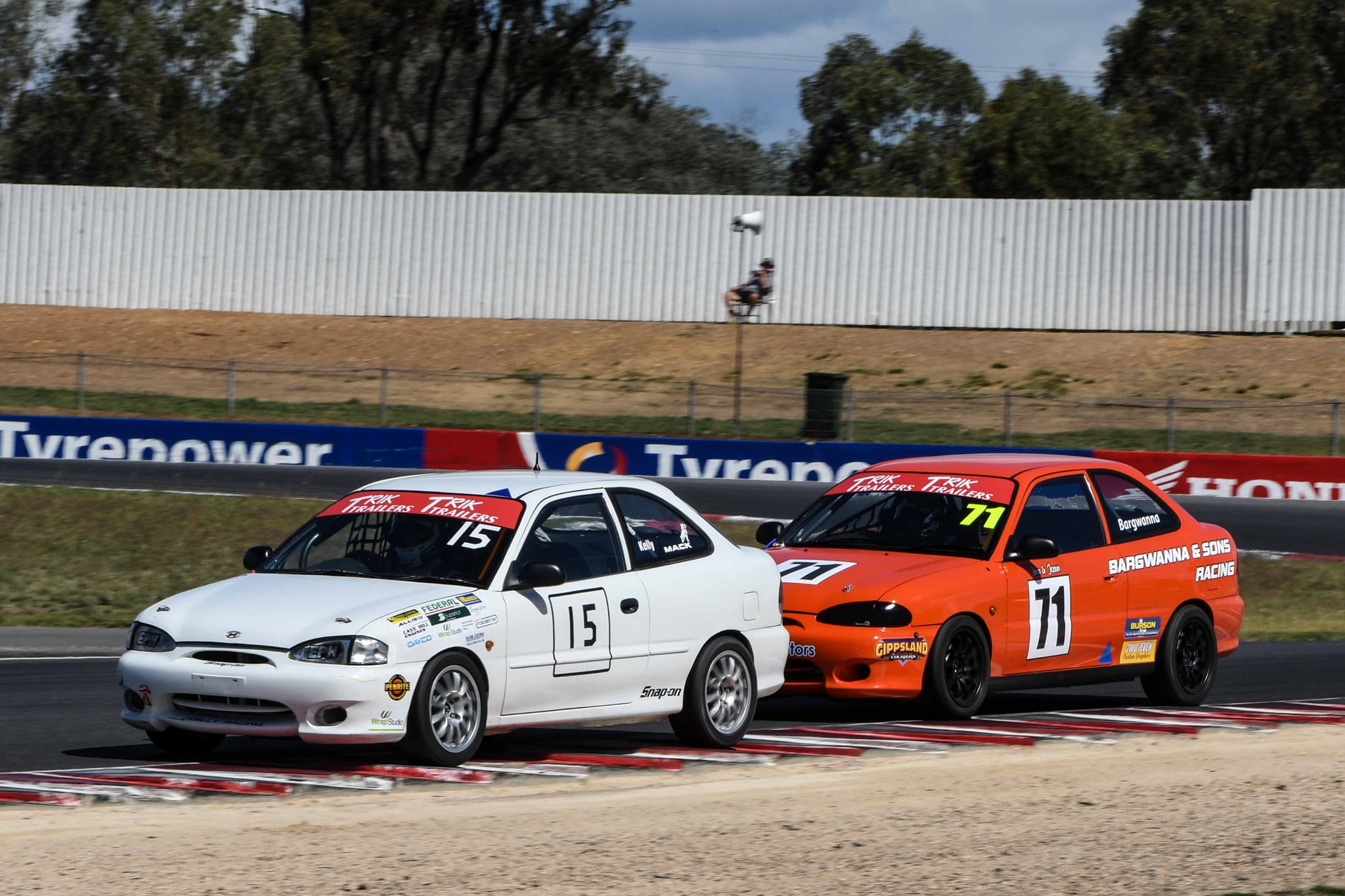 Todd Kelly’s son Mason is carrying on the family tradition as he dips his toes into the water of circuit racing.

The 16-year-old has recently begun competing in the Hyundai Excel X3 Series as part of the Victorian State Circuit Racing Championships.

His latest effort at Winton Motor Raceway saw the second-generation racer claim finishes of sixth, ninth, and seventh across the three-race weekend.

Speaking on the Parked Up podcast, Todd said he and Mason decided to make the move from karting into circuit racing amid a busy Supercars schedule.

“He’s not going too bad, this is maybe his third or fourth race,” said Todd.

“It’s been a challenge, the whole period of Mason’s motorsport career with the Supercars schedule being so hectic, he only ever did every second or third race at best in his go-kart.

“Just the amount of time required for practice like all the other kids have, we thought we’d get out of go-karts because we just can’t afford the time to do it properly.

“He has a real bug for his driving. We’ve actually got a little Hyundai paddock bomb at home, so we thought we’d get him into a race car and at least that’ll give Mason something to really enjoy and focus on between races with working on the car.”

Like Todd, who has been known to have a very hands-on approach to his role at Kelly Grove Racing, young Mason prepares and services his Hyundai on his own.

Come the weekend, Todd lends a hand as they tinker and fettle the two-door hatchback.

“If it’s not finished, we don’t go to the track. If it is and he’s done a good job then we’ll take him racing.

“It’s a completely different ballgame to go-karts and something I’m a little more familiar with, going to actual car race tracks and Mason’s having an absolute ball so far.” The Excel driven by Mason Kelly

The state-level competition is a far cry from the world of the Repco Supercars Championship, though it’s an environment Todd is relishing.

“We can sit in the car and debrief on the way home instead of having big meetings in boardrooms – completely different story,” said Todd.

“It’s good fun. It’s a pretty low-key race weekend. You have two races normally on a day so there’s plenty of time to talk about the car and tinker with the car and do all those sorts of things we take a lot more seriously at our end of motorsport.

“That’s where you really start learning. It’s all the same stuff.”

For Mason, the move from karts into the Hyundai Excel is the first step towards future racing ambitions.

“It’s pretty different to karts and it takes a lot more preparation and time to get the car to the track,” said Mason.

“It’s a lot more set-up involved in the car, which is all good learning. The racing is pretty close on the track.

“You’ve got to have your eyes on your mirrors all the time, which is a good learning experience.

“I’m not going too bad. The car is still in one piece and there’s a lot of cars that come away from these weekends that get pretty dinged up, so I’m just happy it’s back on the trailer.