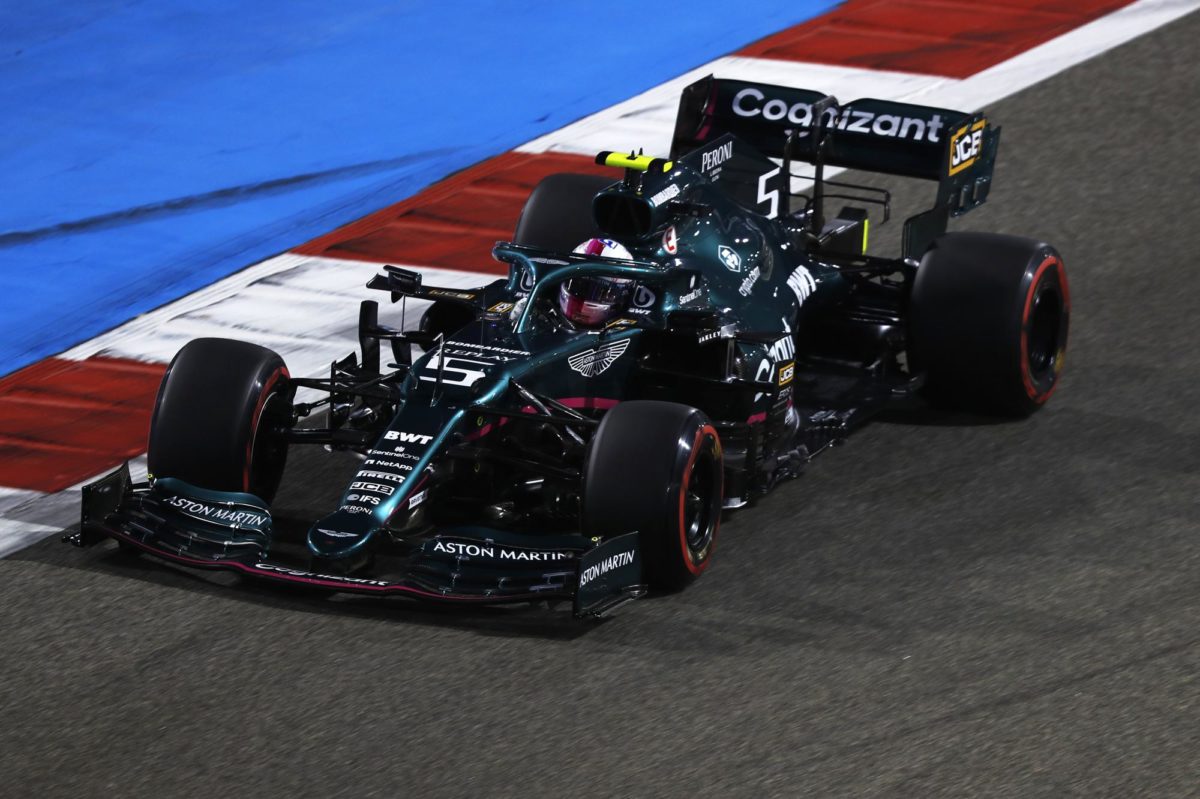 Sebastian Vettel has been penalised for failing to adhere to yellow flags during qualifying for the Formula 1 Bahrain Grand Prix.

The German was a high profile casualty of the sessions opening phase, the Aston Martin joining the two Haas drivers, Williams’ Nicholas Latifi, and Alpine’s Esteban Ocon on the sidelines.

His chances were hampered by two late yellow flags, the first for Nikita Mazepin who’d spun at the opening corner.

It was for his progress through that yellow flag zone that Vettel was summoned to the stewards.

A lengthy report from the stewards detailed that the German driver did not slow as is required by the regulations in a zone under double waved yellow flags.

“Vettel did not abandon his lap,” the stewards report detailed.

“He explained to the Stewards that he saw the smoke ahead of his, but was unsure if it was a lock-up or a car stopped until he was quite close to the car and the smoke was lifting.

“The Stewards observed that he had already passed the signal panel when it illuminated as he approached the scene, and that the marshals in that turn had not yet reacted with a yellow flag.

“Nevertheless, Vettel was approaching a car that was stopped sideways on the track and by the rule this would necessitate a double yellow flag.”

That was a point emphasised to drivers during the pre-race briefing with the Race Director.

“While the argument that the driver was already inside the sector when it went double yellow evokes sympathy, the Stewards feel it is important to note that he was approaching an incident visible ahead of him.

“Further, the car ahead, in the same position, was instructed to abandon the lap, as is intended by the Race Director’s notes.”

The consequence is a drop of five grid positions for Vettel, who will now line up last on the grid, having qualified 18th.

He was also handed three penalty points on his Superlicence.