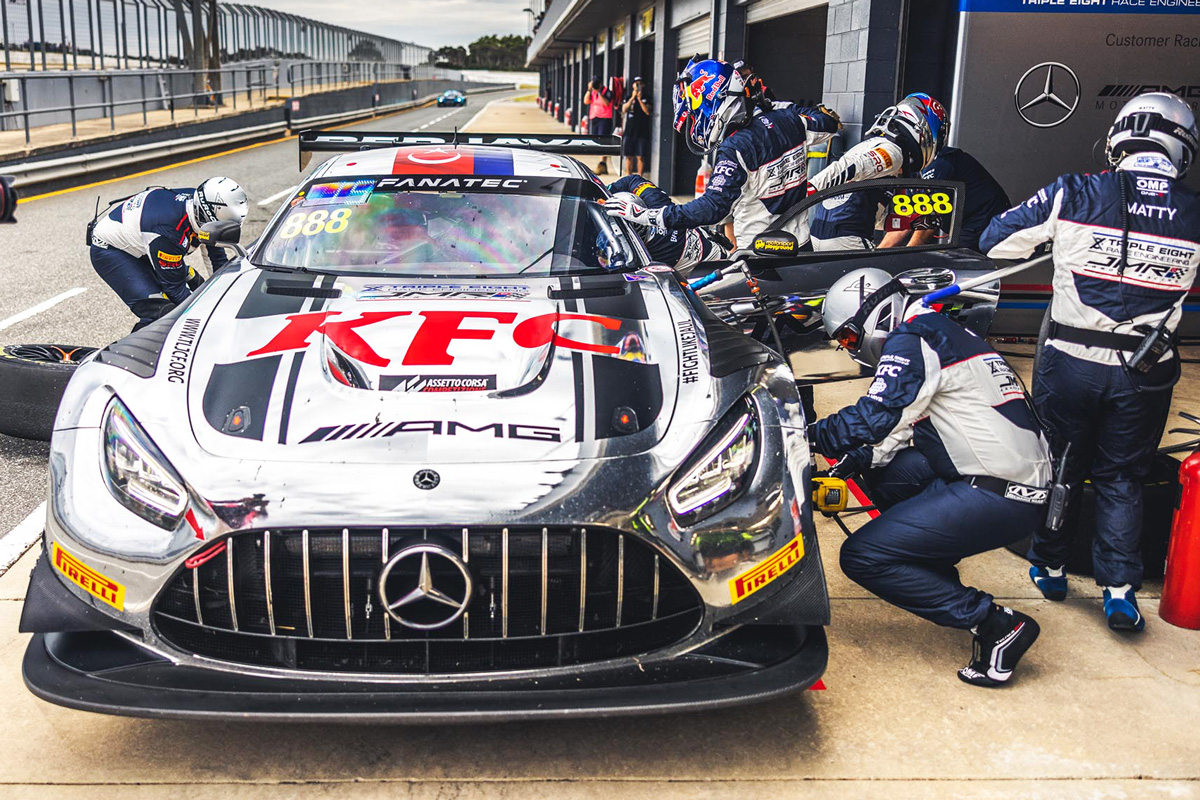 Shane van Gisbergen has been given the green light to spearhead Triple Eight Race Engineering’s bid for Bathurst glory this weekend.

The Kiwi, who is five-from-five in Supercars races this season, will rejoin Prince Jefri Ibrahim for Round 2 of the Fanatec GT World Challenge Australia Powered by AWS at Mount Panorama.

Van Gisbergen had been in line to contest the Phillip Island season-opener a fortnight ago, only for those plans to be scuppered by a mountain bike crash that broke his left collarbone.

Jamie Whincup consequently subbed in alongside Ibrahim, with the pair taking placings of second and fourth from the two 60-minute races at the Island.

Following his stunning sweep of the Sandown SuperSprint, van Gisbergen declared his intentions to be behind the wheel of the #888 Mercedes-AMG GT3 at The Mountain.

That prospect is now all systems go, with van Gisbergen officially entered as part of an 18-car grid.

He and Ibrahim will have stiff competition from the likes of Audi-shod Garth Tander/Yasser Shahin, who took out both Phillip Island races, and Chaz Mostert/Tony Bates.

“I’m really excited to get back into our GT car,” said van Gisbergen.

“Unfortunately I missed the first round in Phillip Island, but any time you get to drives laps around Bathurst is awesome, especially in a GT car which is always cool. I’m really looking forward to it.

“I’ve been working a fair bit with Iman (Ibrahim), especially on the simulator and track days at Norwell Motorplex, and even did some races with other cars on track so he can got a feel for everything.

“There’s nothing you can do to prepare yourself for Bathurst other than race laps, which is going to be the hardest thing.”

Operating as part of the Hi-Tec Oils Bathurst 6 Hour event on Easter weekend, the GT field will again go wheel-to-wheel in a 60-minute race on each of Saturday and Sunday.