Miller ‘hit a wall’ with rear grip in Qatar MotoGP

Miller ‘hit a wall’ with rear grip in Qatar MotoGP 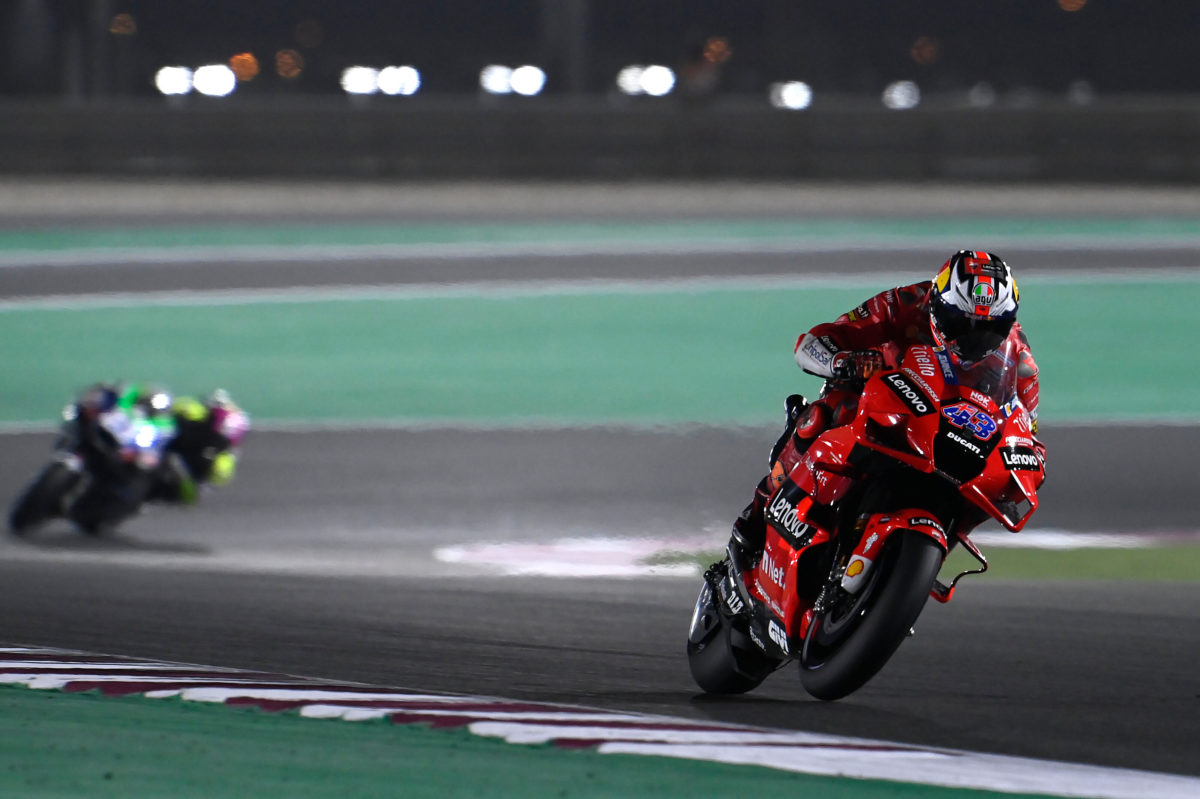 Jack Miller says he “hit a wall” with his rear tyre grip after finishing ninth in a Qatar MotoGP race which the Ducatis started as the overwhelming favourites.

The Australian jumped to second from the start, behind pole-sitting factory team-mate Francesco Bagnaia, while Pramac pair Johann Zarco and Jorge Martin made it an all-Ducati top four in the early stages.

Miller appeared to be playing a conservative game in the first half of the 22-lap contest in order to stretch his tyre life, but upped his pace once eventual winner Maverick Viñales got by.

However, he could not sustain it, dropping from fourth on Lap 13 to ninth on Lap 20, where he remained for the balance of the race.

A headwind on the Losail circuit’s long main straight reduced the Ducatis’ horsepower advantage, but Miller said rubber was a far greater factor.

“The wind for sure wasn’t ideal but it was the same for everybody,” observed the 26-year-old.

“Definitely wasn’t as bad as it was in the afternoon but still wasn’t pleasant.

“We had a really good start, was able to push as I liked; not too hard at the beginning, but maybe 12 to 14 laps to the end, when Viñales came past, I said, ‘OK, now it’s time to start upping the pace’.

“I was able to drop my pace to the low 1:55s for a few laps and then, bang, I sort of hit a wall and started losing the rear mid-corner.

“I was just trying to manage the tyre in the beginning and it didn’t really work so we need to understand what I’m doing, what the others are doing.

“It’s the first race of the season, we start from here.”

That was less than I was hoping for on my 100th @motogp race, I’ll tell you that for free. When you are at the top after the practice sessions and you qualify on the second row, ninth is less than I would have signed up for 😤 pic.twitter.com/VVndvqTYcq

Miller had been tipped as a favourite for the world championship title in this, his first year as a factory team rider.

Not content to just bank points, the 2016 Dutch TT winner says that finding the time he lost relative to Viñales in time for another race at Losail this coming weekend is a must.

“Now we’re in the factory team, we don’t want to be in ninth position but that was the cards we were given today,” lamented Miller.

“We have another race here in seven days so we need to analyse and try to work on it. For sure, in the wind was a bit of a strange one but I felt like I had the package to fight, for half of the race at least, to fight for the victory. 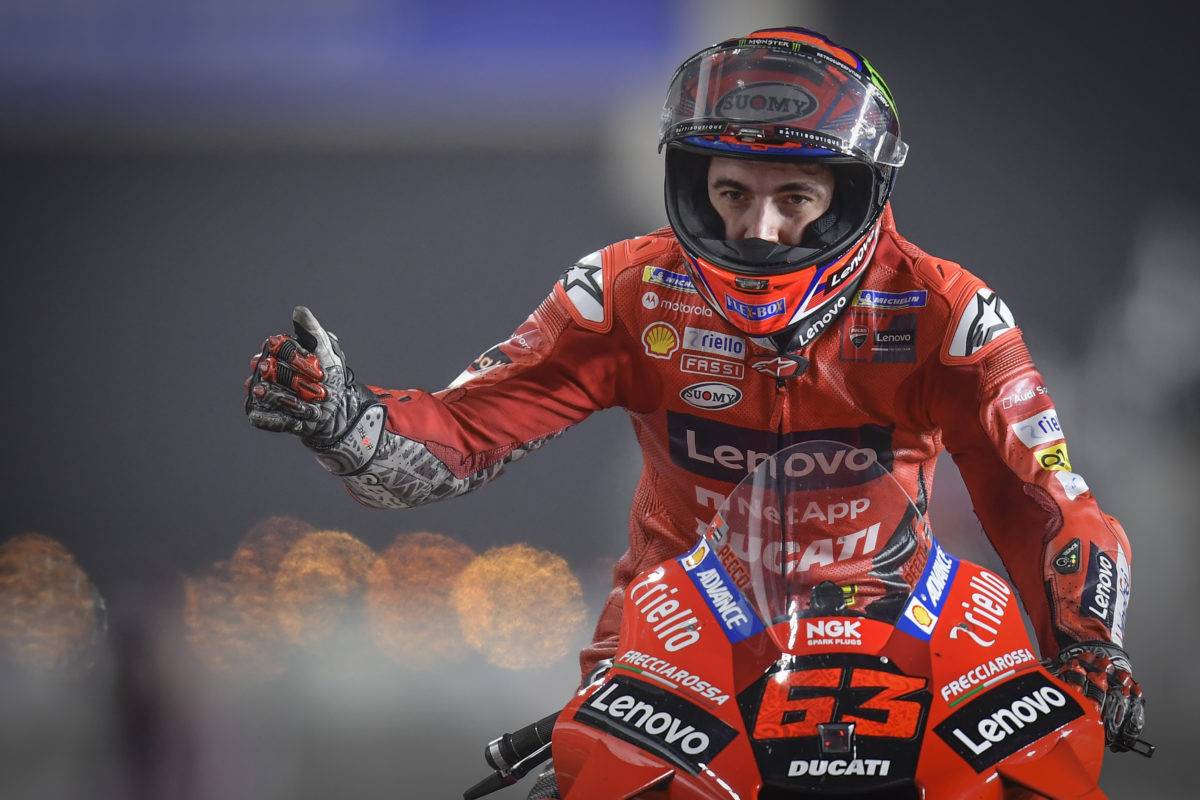 Zarco and Bagnaia finished second and third respectively, although neither could keep up with Viñales’ Yamaha when he put the hammer down.

Both had to use their straight line speed to run down Suzuki’s Joan Mir on the run to finish line and Bagnaia, who led the first 14 laps, explained that he was taking great risk to secure a rostrum finish.

“I took a lot of risk in the last lap because after a race like this, I was not happy without a podium,” recalled the Italian.

“So, I pushed a lot, I risked a lot to chase Johann and Joan.

Martin, in his first MotoGP race, faded to 15th by the end, for which he collected one championship point.

It was instead Enea Bastianini, on an older Ducati run out of Esponsorama Racing, who was top rookie in finishing 10th.