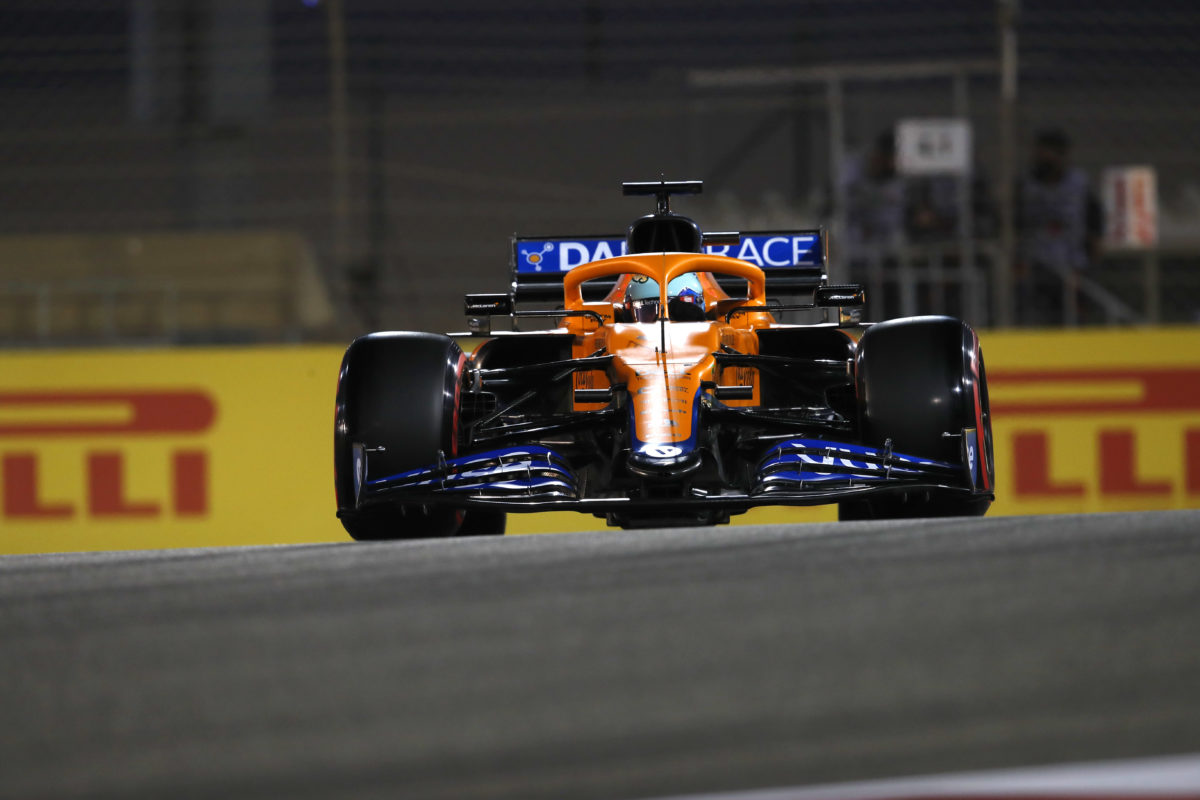 McLaren has been left scratching its head following Daniel Ricciardo’s lack of pace relative to his team-mate during the Formula 1 Bahrain Grand Prix.

The Australian finished the race in seventh, three places down on team-mate Lando Norris.

Starting sixth and seventh on the grid, Norris found a way by his more experienced team-mate early in proceedings before climbing to fourth at the flag.

Though running close together in the opening stanza, Ricciardo faded in the latter stages.

He ultimately came home over a minute behind race winner Lewis Hamilton, and 20 seconds down on Norris.

“It’s good now to have the first race weekend together with him under the belt,” team principal Andreas Seidl said of Ricciardo’s performance.

“After the great performance yesterday in qualifying, I think it was a good start today to the race.”

However, the team has been left looking for answers to understand why the Australian was unable to match the pace of his team-mate.

“Every time we tried with Daniel to get a bit more out of the car it wasn’t really there,” Seidl said.

“It’s something we need to analyse and learn from.”

While happy with Ricciardo’s performance, the McLaren boss was particularly impressed with Norris.

“Lando did a great race, he had it under control at every stage of the race,” Seidl said.

“He pushed when he had to push, [and] he managed his tyres when he had to manage them in order to make sure there’s enough left in case [Sergio] Perez would have come closer towards the end of the race.

“So I would say, brilliant drive from him.”

With three weeks before Formula 1 is next in action, McLaren will spend the time analysing Ricciardo’s race to understand where the performance was lost.

“We need to analyse in detail now in the next days why it was impossible for him to do the same pace as Lando could do,” explained Seidl.

“It’s something we need to analyse and learn from.

“But I’m already happy with how the entire weekend went with Daniel, very happy that he could finish anyway in the points, scoring good points for the team.

The Emilia Romagna Grand Prix, held on the Imola circuit in Italy, will see Formula 1 next in action on April 16-18.