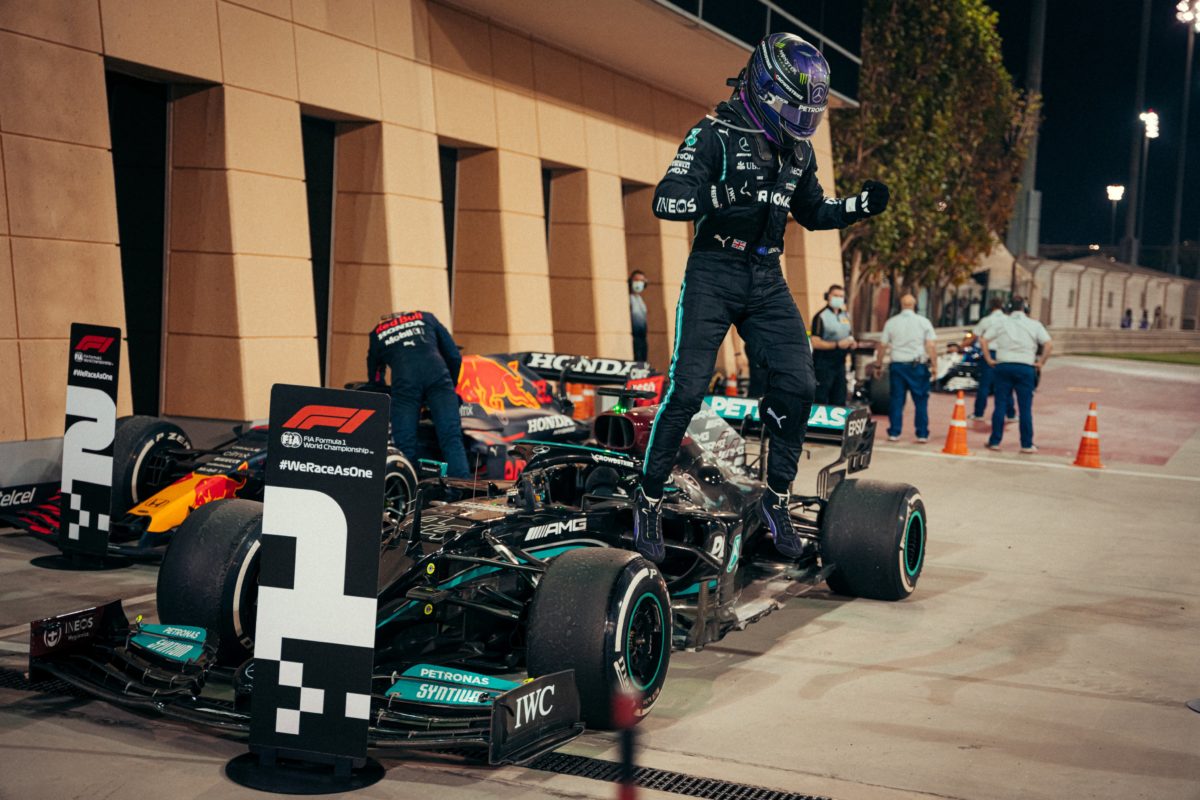 Lewis Hamilton has labelled his victory in the Formula 1 Bahrain Grand Prix as one of the hardest in recent times.

The seven-time world champion was pushed hard in the closing laps by Max Verstappen, even losing the lead briefly with three laps to go.

Less than a second covered the pair at the chequered flag in a race that was won by a combination of Mercedes strategy and Hamilton’s dogged determination.

“What a difficult race that was,” the 35-year-old said.

“Definitely stopping early, we knew it was going to be difficult, but we had to cover Max.

“They’ve had an amazing performance all weekend, so it was going to take something pretty special.

“And we stopped for that last stint, trying to find the right balance between not pushing too much and having tyres at the end of the race, was difficult.”

Mercedes opted for an aggressive strategy, pitting Hamilton early for his first stop and using the undercut to gain track position over early leader Verstappen.

That also saw him out front in the latter stages, forcing Red Bull into having to complete a pass on track if they were to win.

With fresher tyres, Verstappen was able to close and with five laps remaining launched his attack for the lead.

A move into Turn 4, set up with a good run onto the pit straight to start the lap, looked to have sealed the deal with three laps remaining, only for the Dutchman to run wide.

Instructed by his team to pull aside and allow Hamilton back through, he ceded the spot, and was then unable to challenge with quite the same vigour as earlier.

“Max was all over me right at the end [but I] just about managed to hold him off,” Hamilton said.

“It was one of the hardest races I’ve had for a while.

“I’m really grateful for it and massively thankful to the men and women back at the factory and here also for continuously pushing the boundaries and never giving up even if we do feel we’re behind.”

After the opening round of 23, Hamilton heads the championship over Verstappen, who even missed out on the point for fastest lap to Valtteri Bottas on the final tour.

Formula 1 next heads to Italy for the Emilia Romagna Grand Prix at Imola on April 16-18.