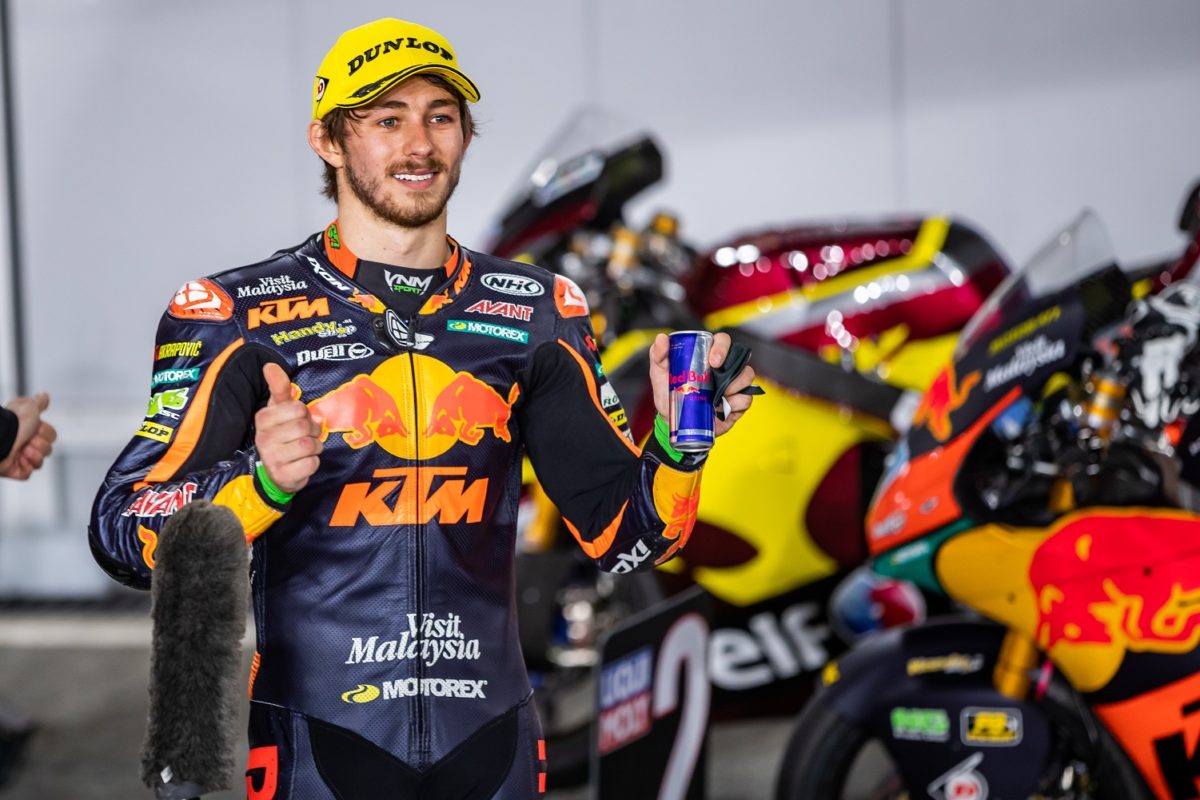 Remy Gardner is happy with his points haul after a less than straightforward run to second in the opening Moto2 race of the season, the Qatar Grand Prix.

One of the fastest riders in pre-season testing at the same Losail circuit, and in his first start with the Red Bull KTM Ajo team, Gardner took the chequered flag behind only Sam Lowes.

However, the Australian had to make his way from as far back as eighth position on the opening lap, having started sixth.

He had one obviously loose moment in running long at Turn 10 on Lap 4 but was up to second position just before the halfway mark, on Lap 9, where he remained for the balance of the contest.

“I got swallowed! It might have been the full fuel tank.

“As soon as I got going, I was ‘on it’. I could see Sam getting away and I made a few mistakes passing riders with the wind.

“I was surprised by the pace at the end and found it difficult to keep concentration with the conditions.

“I’m happy to start the year this way and these are important points.”

It was rookie team-mate Raul Fernandez who Gardner passed for second position, and the Spaniard ended up finishing fifth after occupying a top three spot for 16 of the 20 laps.

With one race down in 2021, it is therefore Lowes (Marc VDS) on 25 championship points, Gardner 20, and Fabio Di Giannantonio (Gresini) third on 16 points. 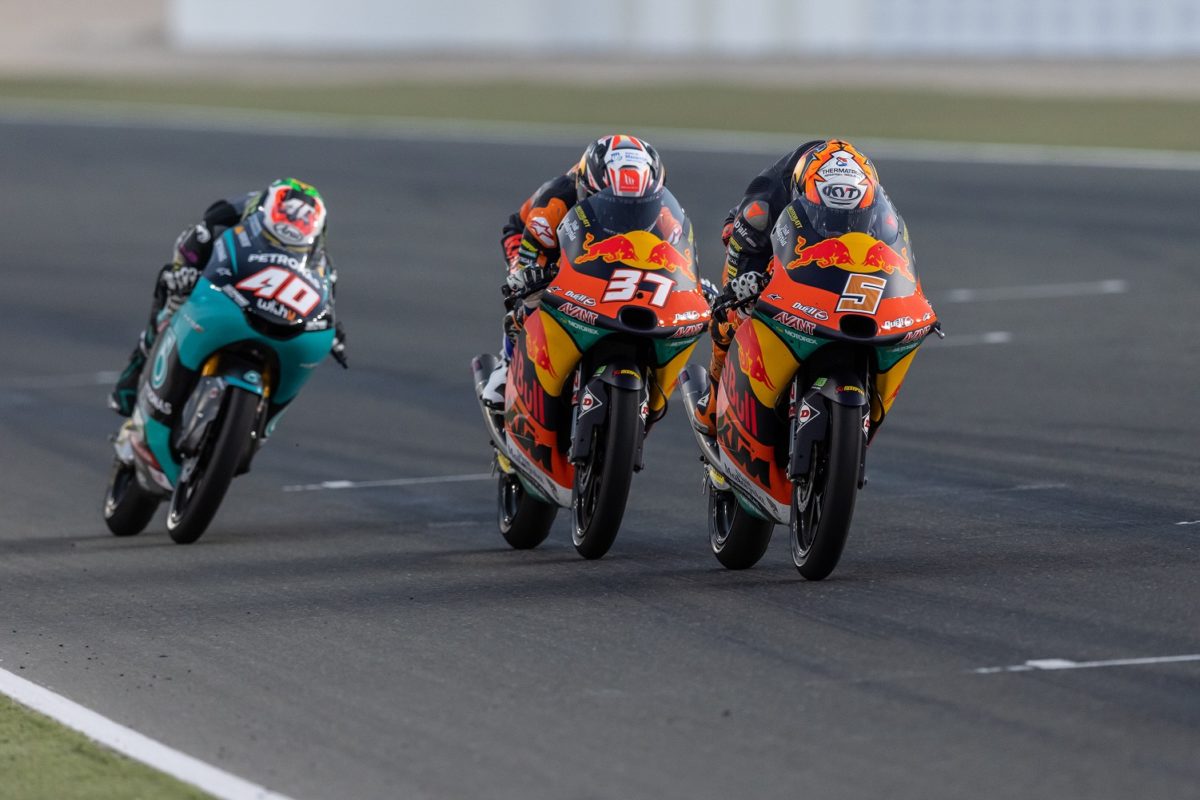 Red Bull KTM Ajo bagged a one-two in a Moto3 thriller, as Jaume Masia beat rookie Pedro Acosta by 0.042s, with Darryn Binder only 0.094s away from victory in third.

Masia survived contact at one point with Gabriel Rodrigo and had dropped back to sixth with as little as four laps remaining due to huge slipstream effect.

However, when he regained the lead into the first corner to start the final lap, he did not give it up again.

All three classes are in action again at Losail this coming weekend, for the Doha Grand Prix.