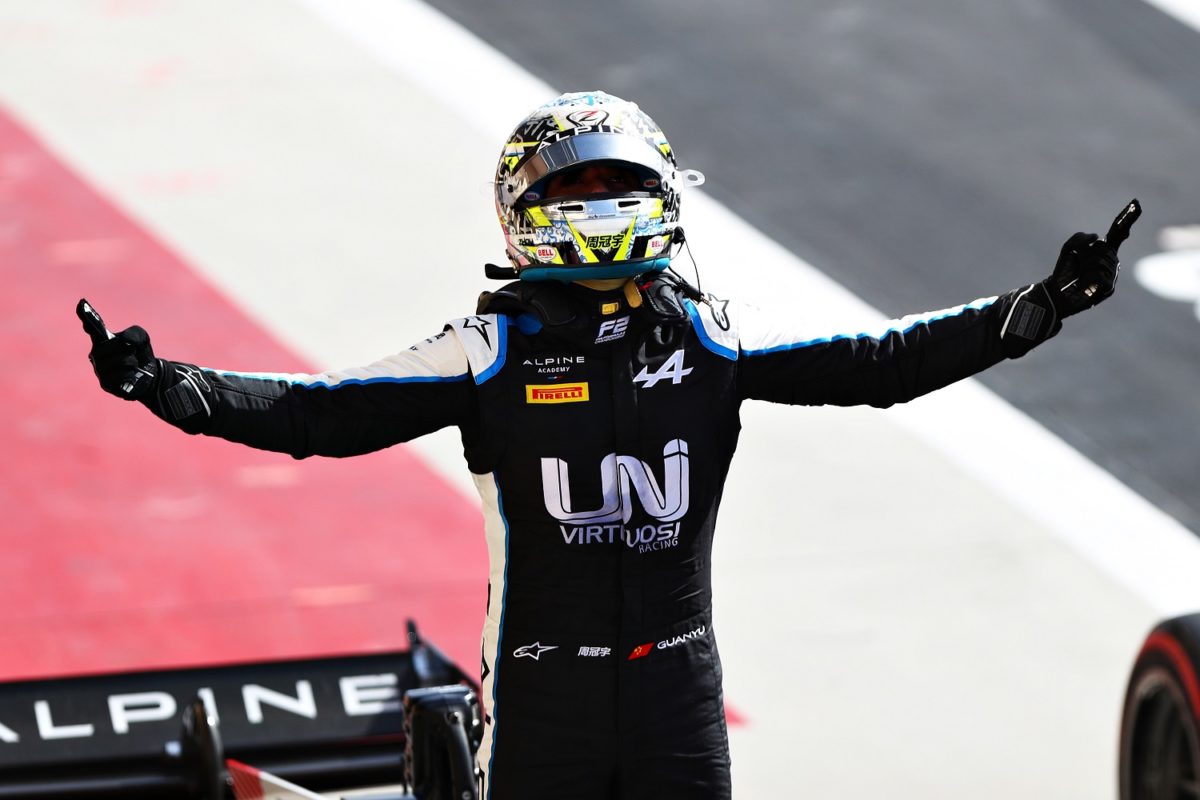 Oscar Piastri crashed out of the final Formula 2 race of the weekend at the Bahrain International Circuit.

The Australian had won Saturday’s second sprint race, and was in solid contention on Sunday, before a late clash left him 19th in the official classification.

Leading the championship heading into the race, Piastri found himself at the sharp end of the field courtesy of clever strategy from Prema Racing.

Remaining on track as others pitted, he was called in moments before a Virtual Safety Car was deployed when Gianluca Petecof retired.

At the restart, both quickly fell victim to Richard Verschoor.

Like Verschoor, Guanyu Zhaou was also on the soft compound tyres, and was able to pass Piastri as they started Lap 23.

The Chinese driver quickly engaged Verschoor in battle, and soon had Piastri and Dan Ticktum for company.

Ultimately it was a clash with Ticktum that eliminated Piastri from the race, contact between the pair pitching the Alpine Academy member into a spin.

Ticktum was able to carry on and ultimately claimed second behind Zhou at the end of the 32 lap race.

Lawson recovered the third with Vershoor falling to fourth, one place up from Kiwi Marcus Armstrong.

The result moved Zhou into the lead of the Formula 2 Championship after the opening weekend of racing.

With 21 points to his name, Piastri now trails his Alpine Academy colleague by 20 points as he sits fourth in the standings.

Lawson lies second on 30 with Jehan Daruvala third on 28.

The FIA Formula 2 Championship is next in action in support of the Formula 1 Monaco Grand Prix on May 20-23.