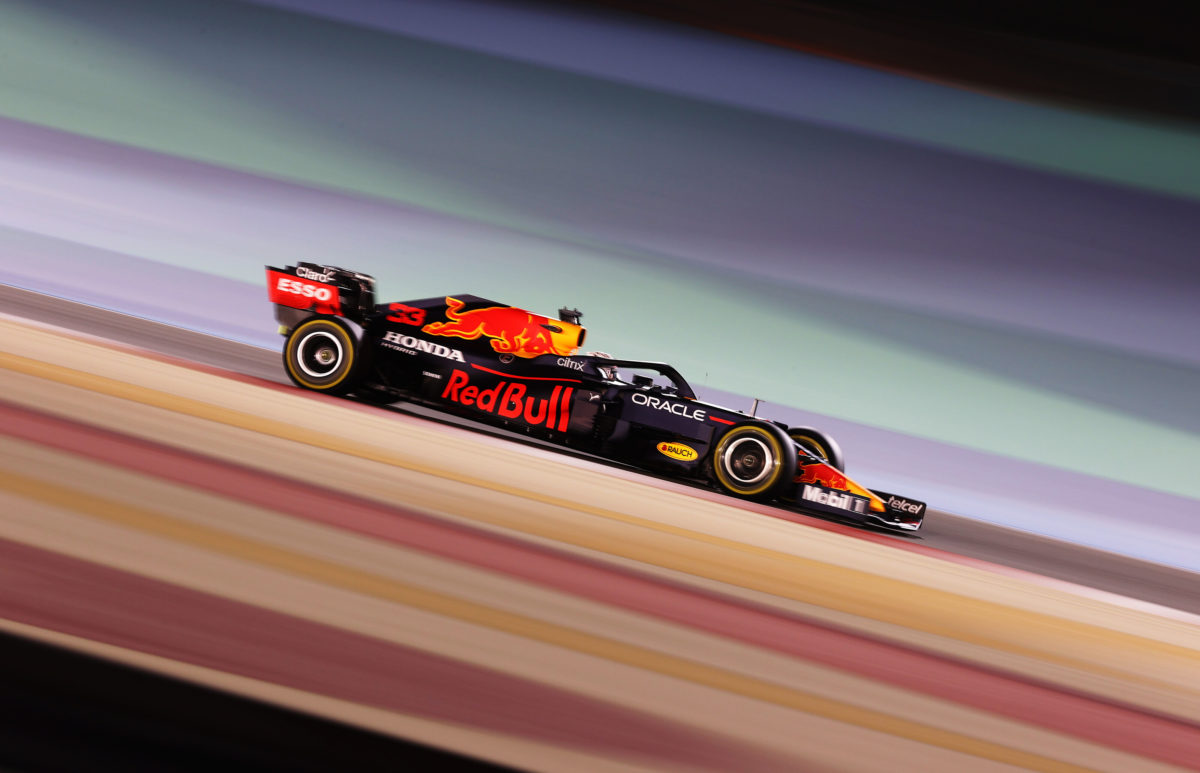 Max Verstappen has claimed pole position for the Bahrain Grand Prix, the opening round of the 2021 Formula 1 world championship.

The Red Bull driver saw off Lewis Hamilton’s challenge with a Q3 lap that saw him fastest of anyone in all three sectors.

The Dutchman was fastest by nearly 0.4s at the end of the session, with Hamilton second and Valtteri Bottas third in the other Mercedes.

A slow start to the session was highlighted by a spin by Nikita Mazepin at Turn 13.

Six minutes into the session, Norris led a train of cars setting the first timed laps.

Verstappen and Hamilton were equally matched on their first efforts, just a tenth between the pair.

However, they were split by Yuki Tsunoda in the AlphaTauri, just 0.108s off Verstappen’s outright pace.

With three minutes left in Qualifying 1, the field headed back out – Hamilton on a set of used tyres.

Only Verstappen and the AlphaTauri pair, Tsunoda and Pierre Gasly, didn’t re-emerge, the Red Bull driver having bounced over a kerb on his earlier hot lap, appearing to damage the floor on his Red Bull.

As the session ended, Mazepin had another spin, this time at Turn 1 as George Russell climbed to seventh with his late lap.

His lap hurt Esteban Ocon and Sebastian Vettel, both of whom had just started their final flying lap.

The first cut of the session therefore accounted for Ocon, Nicholas Latifi, Vettel, and the Haas duo of Schumacher and Mazepin, the latter of whom failed to set a time.

Meanwhile, Sainz stopped out on track on his return to the pits, but was able to refire the car and get back in time for the start of Qualifying 2.

The bulk of the field returned to the track with a set of medium compound tyres as they looked ahead of Sunday’s race.

The outliers were both Ferraris, both Alfa Romeos, Fernando Alonso, and Lance Stroll. 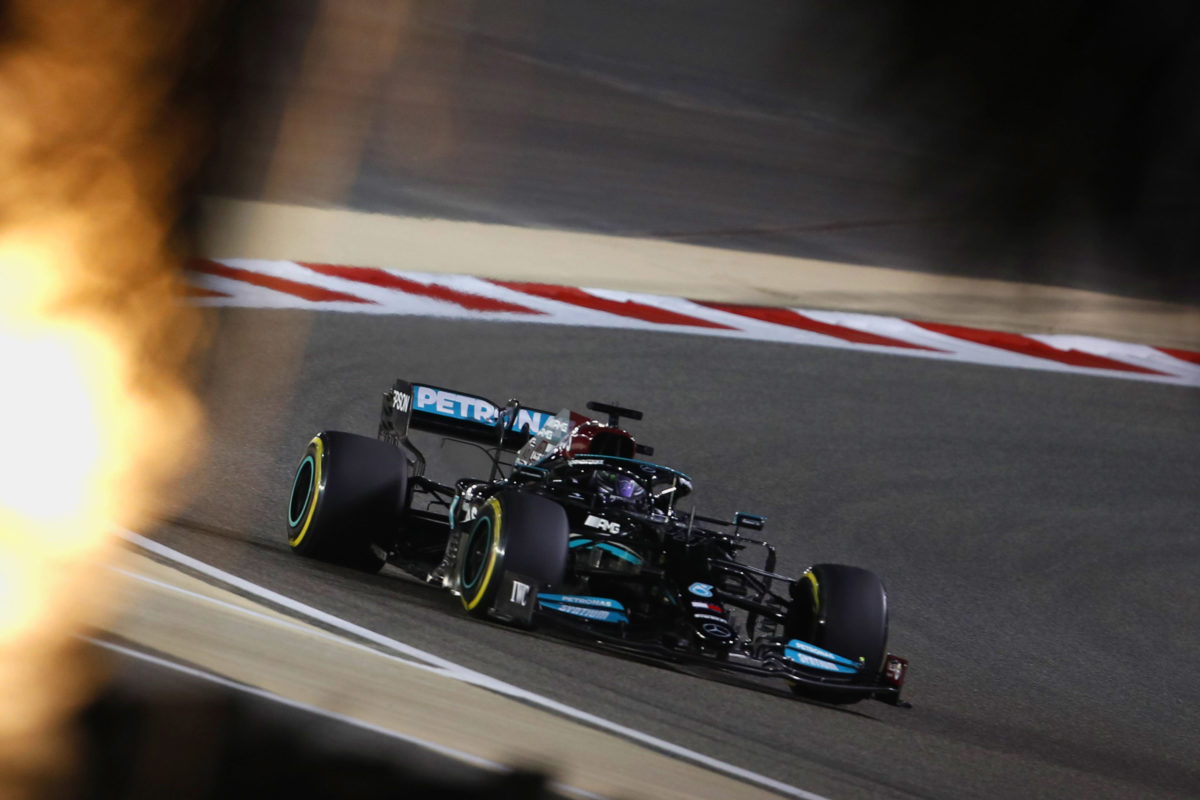 Bottas set the early pace, only for Verstappen and then Hamilton to bump him down the order.

Sergio Perez and Daniel Ricciardo fell victim to track limits at Turn 4, having their times on the medium compound tyres struck from the record.

George Russell ran out of sequence to the bulk of the field, taking to the circuit while the rest swapped tyres ahead of their second runs.

His lap ended as the queue exited the lane, the Williams driver setting the 13th fastest lap of the phase.

Gasly was the first to start his final flyer, the AlphaTauri driver eighth to that point.

He climbed to third, demoted to fourth as Bottas improved.

Charles Leclerc rocketed to the top with a 1:30.010 on a set of soft tyres, but was bumped by 0.001s by Carlos Sainz on a similar approach.

Perez did not make the cut, setting the 11th best time for Red Bull to be the first of the drivers eliminated from that phase.

He’d opted to go out on medium compound tyres for his second run, a gamble which didn’t pay off.

Also missing out were Giovinazzi, Tsunoda, Raikkonen, and Russell, whose earlier effort had seen him tumble down the order in the closing minutes.

As Qualifying 3 began, Ricciardo was the first to start a timed lap, a 1:31.3, but quickly bettered by Gasly, Bottas, Hamilton, and Verstappen.

It was punch and counter punch between the Mercedes and Red Bull team leaders, the pair split by 0.023s.

The train was headed by Bottas and Hamilton, followed by Gasly and Verstappen as they began their final timed laps.

Both Mercedes drivers improved to the first split on their earlier efforts, as did Verstappen.

By the end of the lap, Bottas improved to third best while Hamilton moved to provisional pole.

His time at the top of the timesheets lasted just a few seconds as a strong lap from Verstappen saw him set three purple sectors to claim the opening pole of the season.

In fourth was Charles Leclerc, then Gasly, Ricciardo, Norris, Sainz, Alonso, and Stroll.

The result marked the first time Verstappen had claimed two successive pole positions, having qualified fastest for the final race of 2020.

But while a promising start it wasn’t all roses for Red Bull, as with Perez in 11th and the two Mercedes starting up front, the team faces a difficult strategic race.