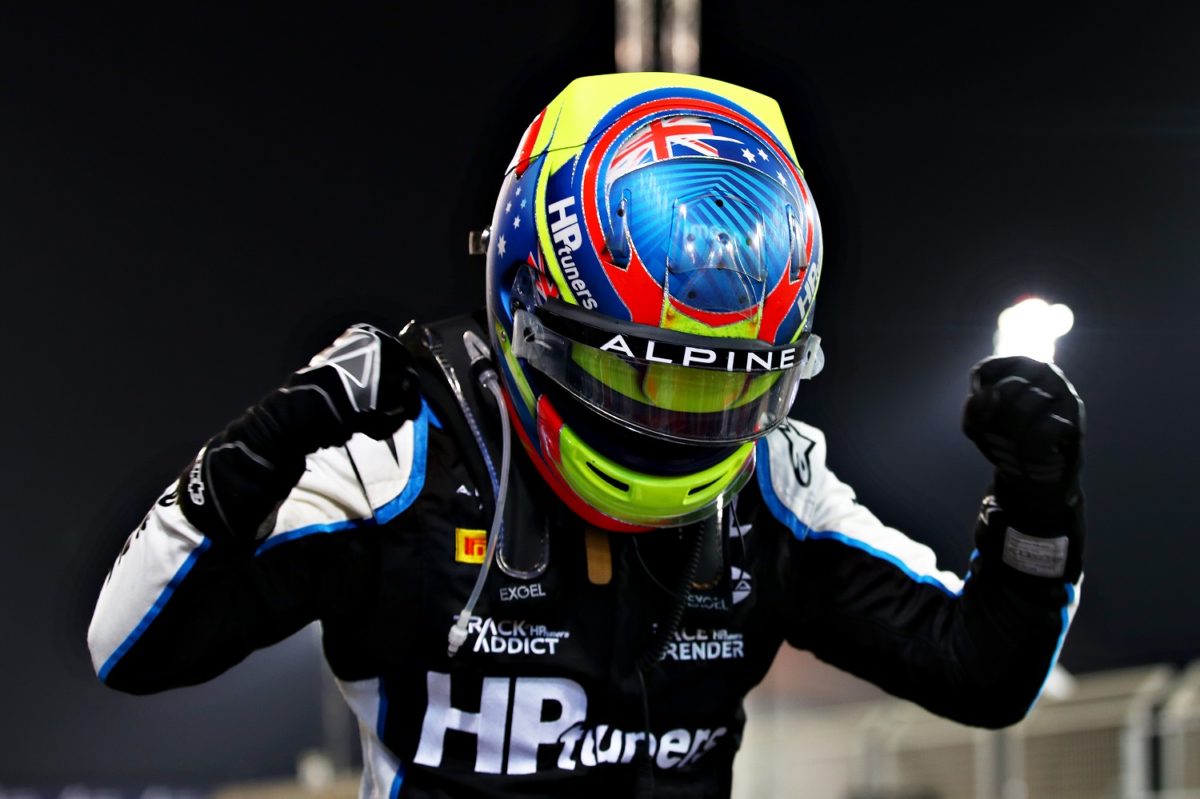 The Australian finished fifth in the opening sprint race of the weekend before storming through to victory in Race 2.

“The second race in Bahrain and it was a crazy one,” Piastri said.

“We came out on top, so I want to give a massive thanks to Prema. It was the right strategy call from the team to go onto the softs. I am just riding high at the minute, second race, first win.

“We struggled a bit at the beginning, but I couldn’t be happier with the result and we will go again tomorrow.”

Heading into the weekend, Piastri admitted he hadn’t ruled out a championship bid when asked about his expectations by Speedcafe.com.

The Formula 2 rookie now heads the championship after his stirring performance on Saturday evening.

At the start of Race 2, Piastri slipped back off the line but was able to pick his way through the carnage at the opening turn as Robert Shwartzman and Dan Ticktum came together.

He then slipped backwards after the Safety Car restart, owing largely to a slide exiting Turn 2 which left him vulnerable to the train of cars behind.

Guanyu Zhou had taken the lead in the early stages, but the Chinese driver would lose out on the final lap as Piastri’s march reached its zenith.

Two late Safety Cars changed the complexion of the race, and allowed many to switch tyres.

Zhou was not among them, however Piastri and his Alpine Academy counterpart, Christian Lundgaard, did.

It saw the pair exchange their hard compound rubber for softs when Juri Vips, who’d led the race early on and looked a strong challenge to Zhou’s chances, struck drama late in proceedings.

Vips had been engaged with a battle with Race 1 winner Liam Lawson, which resulted in the Kiwi being spun around and the Safety Car being called for.

It was at that juncture that Lundgaard, Piastri, and others took tyres.

Soon after the restart, Piastri had made his way up to fifth, following Vips through as he put a move on Bent Viscaal at the opening corner.

The final Safety Car saw Vips defending from Piastri, seemingly allowing Zhou a clear run to the flag, only for the second placed driver to slow.

That opened the door for Piastri to attack the race leader, joined by Lundgaard in the late-race battle.

The trio, all of whom are members of the Alpine Academy, ran three wide on the final lap, Piastri taking the lead to win from Lundgaard and Zhou.

With the six points the Australian collected earlier in the day, he now leads the Formula 2 Championship by a point over Jehan Daruvala (20), with Lundgaard and Zhou tied for third on 16 points.