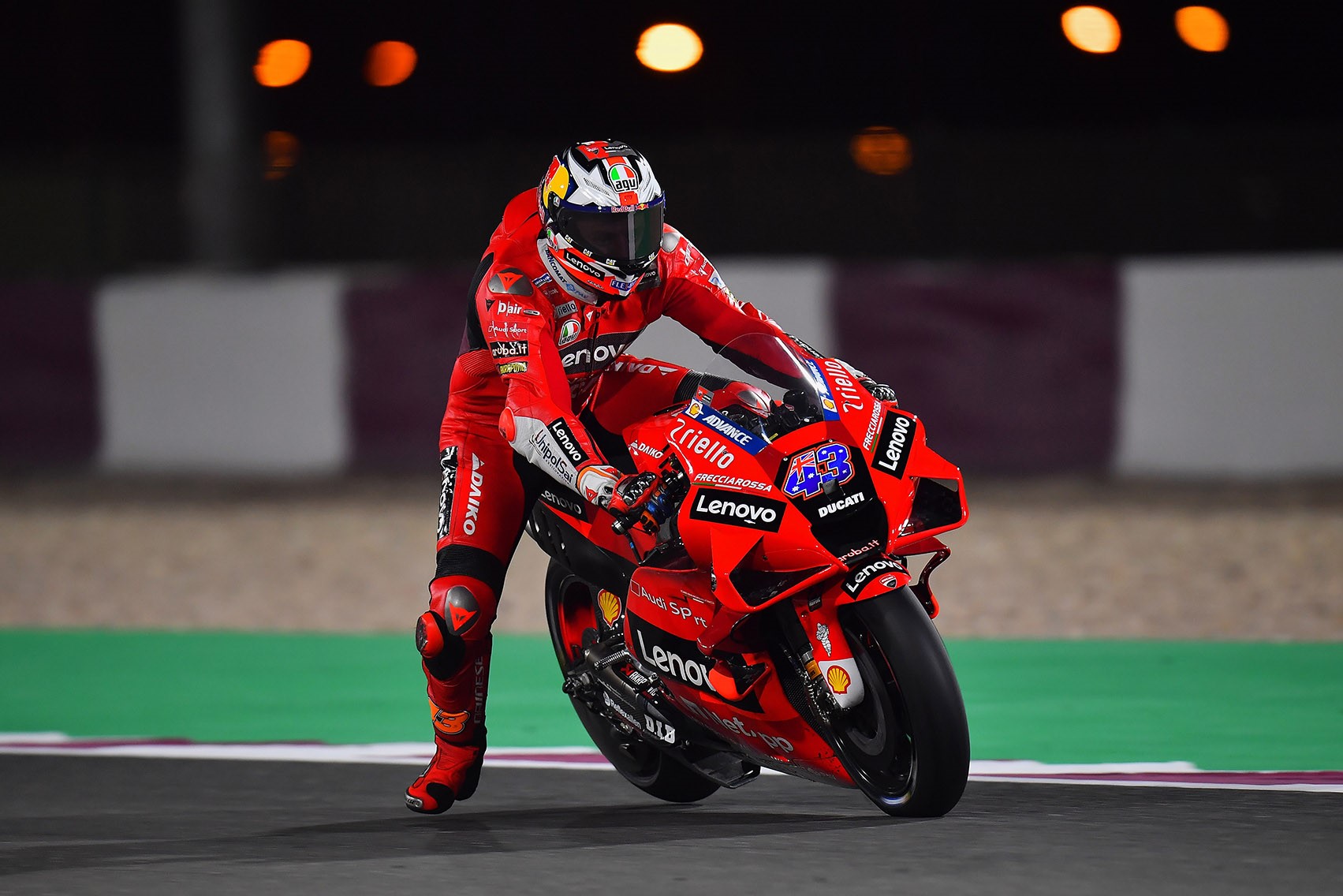 Ducati Lenovo Team rider Jack Miller was left wondering what could have been after a mistake on his last qualifying effort at the Grand Prix of Qatar.

While team-mate Francesco Bagnaia took his Desmosedici GP21 to pole position for the opening race of the 2021 season, Miller could only muster the fifth fastest time.

That was despite having been the fastest rider in FP2, even with a fall.

It had been an up and down lead-up to qualifying for Miller, having been third fastest in FP1, 15th in FP3, and 13th in FP4.

The Townsville-born rider found form again in qualifying as one of eight riders to break the lap record at the Losail International Circuit.

However, the 26-year-old couldn’t improve on his final run, noting a “few mistakes” late in the piece.

“I’m pretty happy with my performance in qualifying,” said Miller.

“I went under the previous circuit record again, and I’ll start from the second row with the fifth fastest time.

“Unfortunately, in my second outing with the soft tyres, I took some risks and made a few mistakes.”

Miller will start from the middle of row two with fourth place qualifier Valentino Rossi of Petronas Yamaha SRT and Johann Zarco of Miller’s former team Pramac Racing alongside him.

Miller said he’s expecting an interesting grand prix under lights, with the possibility of high tyre wear as sand sweeps across the desert circuit.

“We’ll see what the track conditions will be like in the race,” Miller said.

“The forecast says it will be a lot windier, and the presence of sand on the track will mean faster tyre wear.

“In any case, I feel I’m ready, and I’m looking forward to the first GP of the season.”

The Grand Prix of Qatar gets underway tomorrow at 04:00 AEDT.