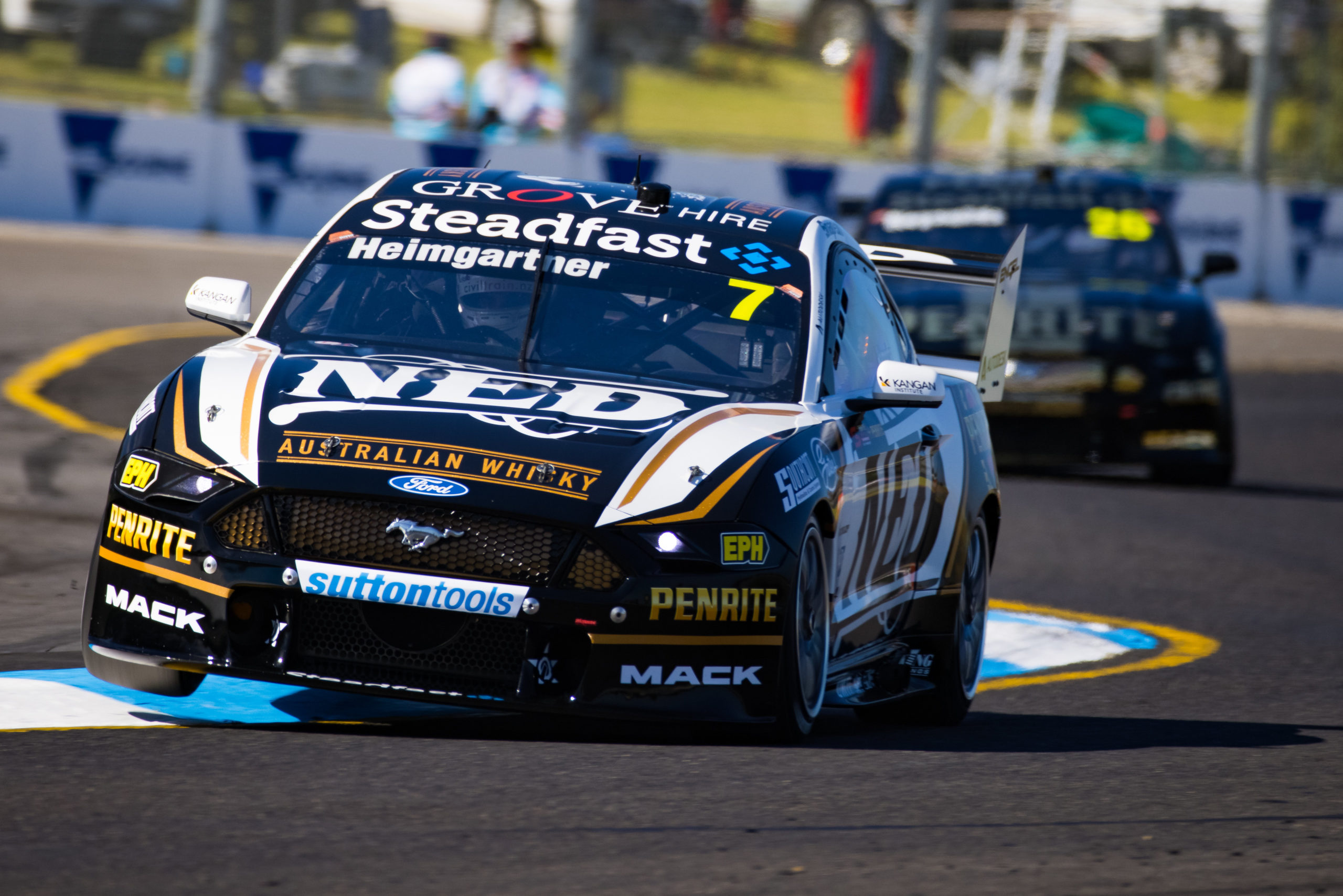 After an unspectacular start to the 2021 Repco Supercars Championship at the Mount Panorama 500, the pair stepped up at last weekend’s Sandown SuperSprint.

Reynolds walked away from the round with a Race 5 podium to his credit while Heimgartner was unfortunate to miss out in Race 4 after he was run wide by Chaz Mostert while in third.

It’s been an encouraging step forward for team boss Kelly, after a troubled first hit-out at The Mountain where they lacked pace to be podium contenders.

“The guys, they get along really well together, push each other, and often have quite similar set-ups and complaints,” Kelly told Speedcafe.com.

“All the ingredients are there to have a reasonably successful year the way they’re going.

“In the debriefs the complaints are similar, the set-up changes are similar; that really helps us progress down the one pathway.

“It’s a lot easier to develop a car when you’re in that situation.”

In the lead-up to the event, the team made changes to the twin Ford Mustang package.

While Kelly wouldn’t divulge exactly what changes had been made, he said it’s been one aspect that has brought the team to the fore.

With the Beaurepaires Tasmania SuperSprint less two weeks away, Kelly is confident that they’ll keep improving on their current path.

“I think we’ve made some good gains since Bathurst. If we can keep doing that… it’s hard to find big chunks, but we’re finding lots of little things each round.

“A couple more rounds on that trajectory and we’ll be in a really good spot.”

Kelly said he couldn’t have predicted Reynolds would stand on the podium in only their second event of 2021.

The podium in Race 5 of the season ended a drought for Reynolds, his last top-three finish coming at the same circuit in 2019.

“I don’t know how many of us were expecting it there, being the second round and the amount of work that we’d done prior to the round with changing things,” Kelly explained.

“It was a pretty smooth and a pretty solid weekend. It’s quite promising and I’m really happy.

“I think it’s really good for Dave at the moment and even Andre, they’re right with each other in every session. That’s a good confidence boost for both of them, that kind of result.”

Heimgartner leads the team’s efforts in the drivers’ championship in seventh while Reynolds sits ninth.