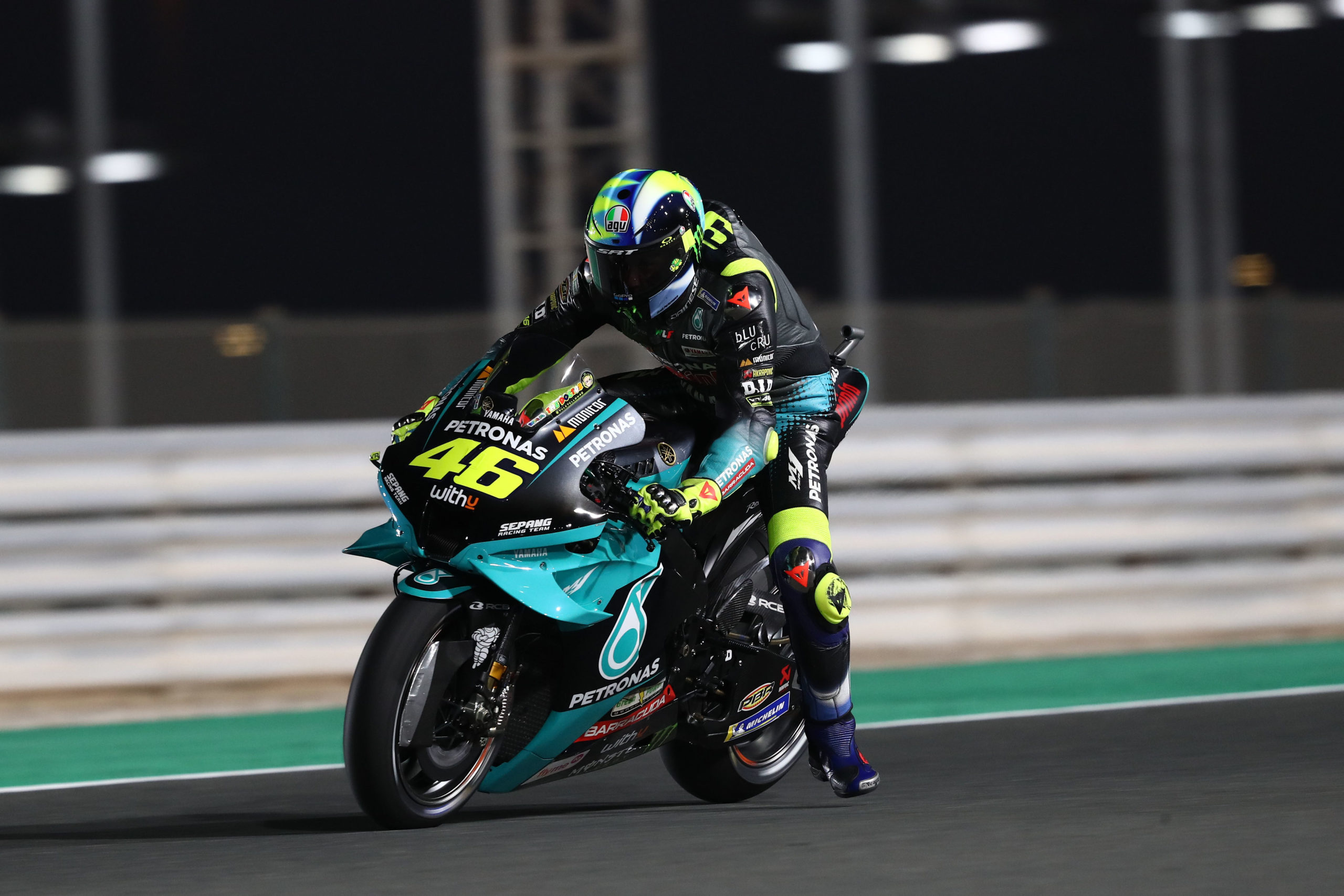 Valentino Rossi has begun a new chapter with Petronas Yamaha SRT solidly, qualifying fourth for the Grand Prix of Qatar.

The Italian rider has spent the lion’s share of his career with the factory Yamaha team, bar an unsuccessful two-year stint at Ducati from 2011 to 2012.

After seven straight years at Yamaha’s top team, in which he finished runner-up on three occasions (2014, 2015, 2016), Rossi has made the move to the Sepang Racing Team.

While it was Francesco Bagnaia on the Ducati Lenovo Team Desmosedici GP21 who claimed pole position, Rossi fell only 0.342s short of the top time.

“I’m very happy because it’s a great way to start a new season with a new team,” said Rossi.

“With the second set of tyres, I was very comfortable with the bike, the grip was great, and the lap was great.

“I was able to ride well, to push without any mistakes, and in the end the lap time was impressive.

“Unfortunately it wasn’t enough for the front row, but we’re not too far, and starting from P4 is important for tomorrow’s race.”

Rossi remained realistic about his chances for the race, however.

While Rossi has one-lap pace on the YZR-M1, the 42-year-old said he’s not confident in long-run tyre life.

That’s especially concerning amid forecasts for high winds, which could blow dust onto the circuit and increase tyre wear.

“I struggled during FP3 and FP4 on very old tyres,” said Rossi, who was 16th and 17th in the respective sessions.

“We’ve modified the bike but I still wasn’t good.

“I was good for qualifying but the rest of the day my pace wasn’t so good and we have to go” back and try some things for the race.”

The opening race of the MotoGP season gets underway tomorrow at 04:00 AEDT.