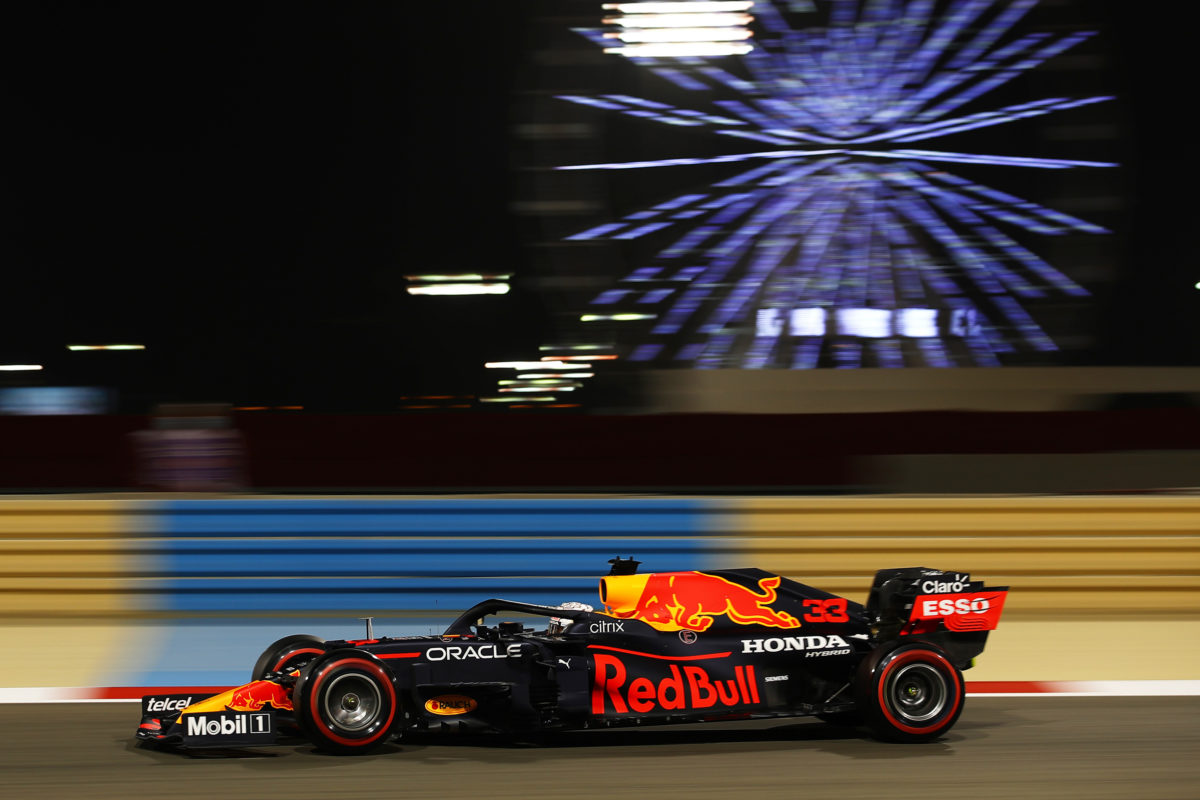 Max Verstappen has topped Free Practice 2 at the Formula 1 Bahrain Grand Prix in a session that offered a glimpse into the 2021 pecking order.

The Red Bull driver’s best lap came midway through the 60-minute hit out as teams worked through qualifying simulations.

However, it was during the long run phase later in proceedings that offered the greatest insight.

Temperatures had fallen 15 degrees from opening practice some three hours earlier, while the wind had increased.

Again, Fernando Alonso was the first in queue, the Spaniard pulling aside as the green light was illuminated to perform a practice start.

The same flurry that was seen at the start of the opening session was repeated, with the track immediately busy with 20 drivers heading out.

Nikita Mazepin had an early off, the Russian complaining to his team about the tyres over the radio as he recovered the Haas.

Verstappen was among the early pace setters, the Red Bull driver banking a 1:31.842 to be fastest in the first 10 minutes.

Trailing him was Carlos Sainz, the Ferrari driver 0.208s off the outright pace and less than 0.04s quicker than third best Pierre Gasly.

Yuki Tsunoda briefly appeared as second fastest, though his time was removed from track limits just as Valtteri Bottas completed what was the session’s fastest lap to that point. 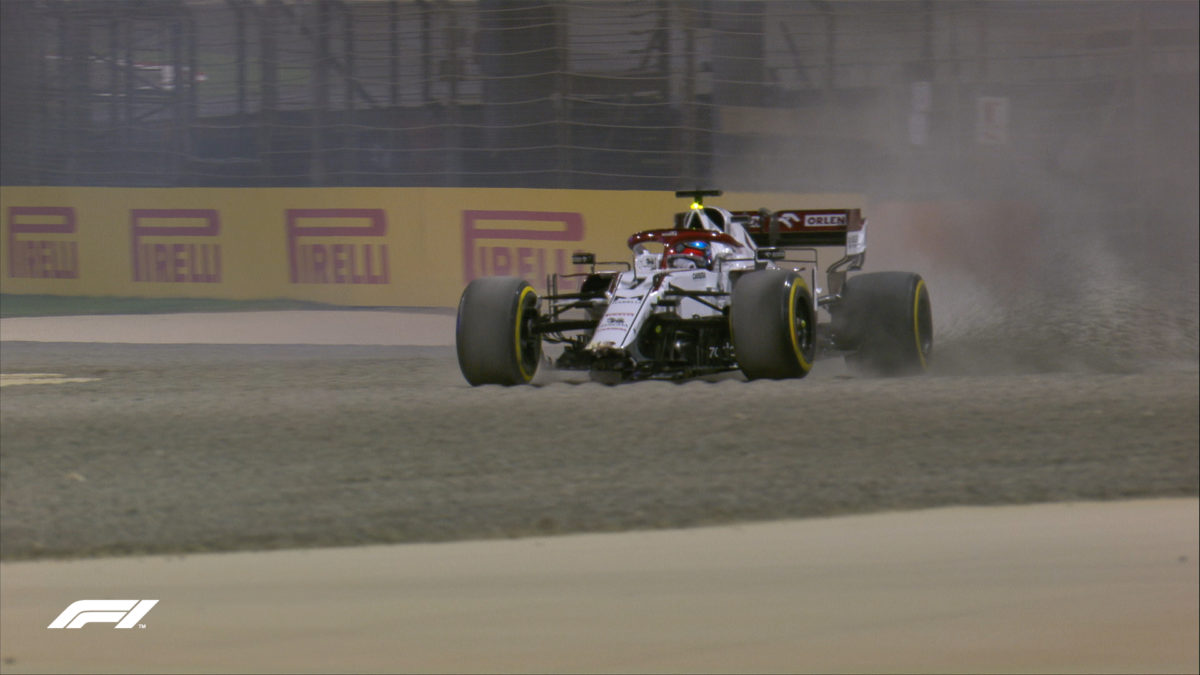 An off for Kimi Raikkonen saw the Finn rip the front wing from the Alfa Romeo.

The 2007 world champion left the road in the first complex, losing the rear as he exited Turn 2 before clouting the wall on driver’s left with both front and rear right corners of the car.

He was able to rejoin the circuit, trundling back to the pits for repairs.

With no such trouble was Lewis Hamilton, who improved on Bottas’ effort by 0.242s to shoot to the top of the timesheet.

Twenty minutes into the session, Vettel began a qualifying simulation – an important run after issues in pre-season testing prevented the German from completing a push lap.

He climbed to third with a 1:31.769, setting two personal best sectors to start the lap before a mistake saw him run wide at the final turn.

Quickly he fell to fifth as Tsunoda went second fastest with a 1:31.294, edging Gasly who went third best by just under 0.2s.

Hamilton began his qualifying simulation after 24 minutes, though failed to improve through the first sector.

It didn’t last long, as while Hamilton was down in the first split, he was fastest through the middle of the lap.

Though he lost time in the final sector, but his 1:31.082 was the fastest of the session by 0.045s, a time set on a used set of medium compound tyres. 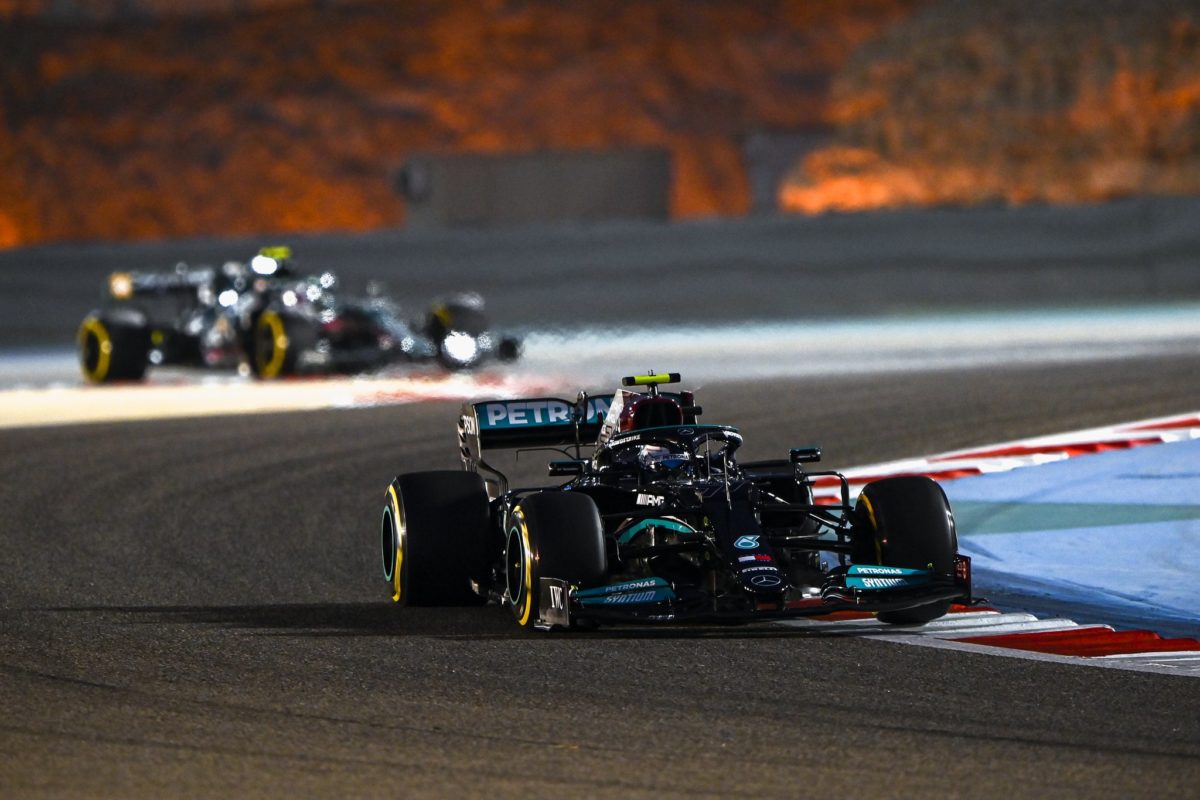 Bottas’ qualifying simulation was similar; down to the first split but a personal best to sector two.

A clean exit at the final turn saw him climb to third, the Finn using soft compound tyres.

Having starred in opening practice, Lando Norris’ performance run netted a 1:30.942, though it was quickly usurped by Verstappen by 0.095s.

Verstappen’s lap saw him set a personal best in the first sector, while going fastest of anyone around the remainder of the lap.

Having kept his powder dry for the first half of the session, Ricciardo began his flying lap on a new set of soft tyres.

Predictably, he set a personal best to start the lap, just over a tenth away from the outright pace.

He dropped more time to the second split, and by lap end had fallen 0.383s off Verstappen’s time as he slotted in sixth fastest.

After the mid-session flurry, teams turn their attentions to race runs.

That saw times slow as they swapped to harder compound rubber and higher fuel loads.

Fernando Alonso also showed well, though his pace was around a second down on the leading duo in an Alpine that appeared a handful.

Bottas appeared to struggle, experiencing a run of four successive laps where his times were deleted for track limits at Turn 4.

It left him to describe the car as “undriveable” over team radio.

Sainz’s race run speed was promising, the Spaniard fourth best on outright pace and comparable to Perez on the longer stints.

It was a session that began to paint something of a picture of the pecking order, with Red Bull and Mercedes seemingly separated by very little – though the latter a trickier car.

Behind them, McLaren and Ferrari showed well, as did AlphaTauri, while Alpine and Aston Martin look to have work to do.

The final practice session ahead of Sunday’s grand prix gets underway at 23:00 AEDT this evening.

That’s followed by qualifying at 02:00 AEDT on Sunday morning.