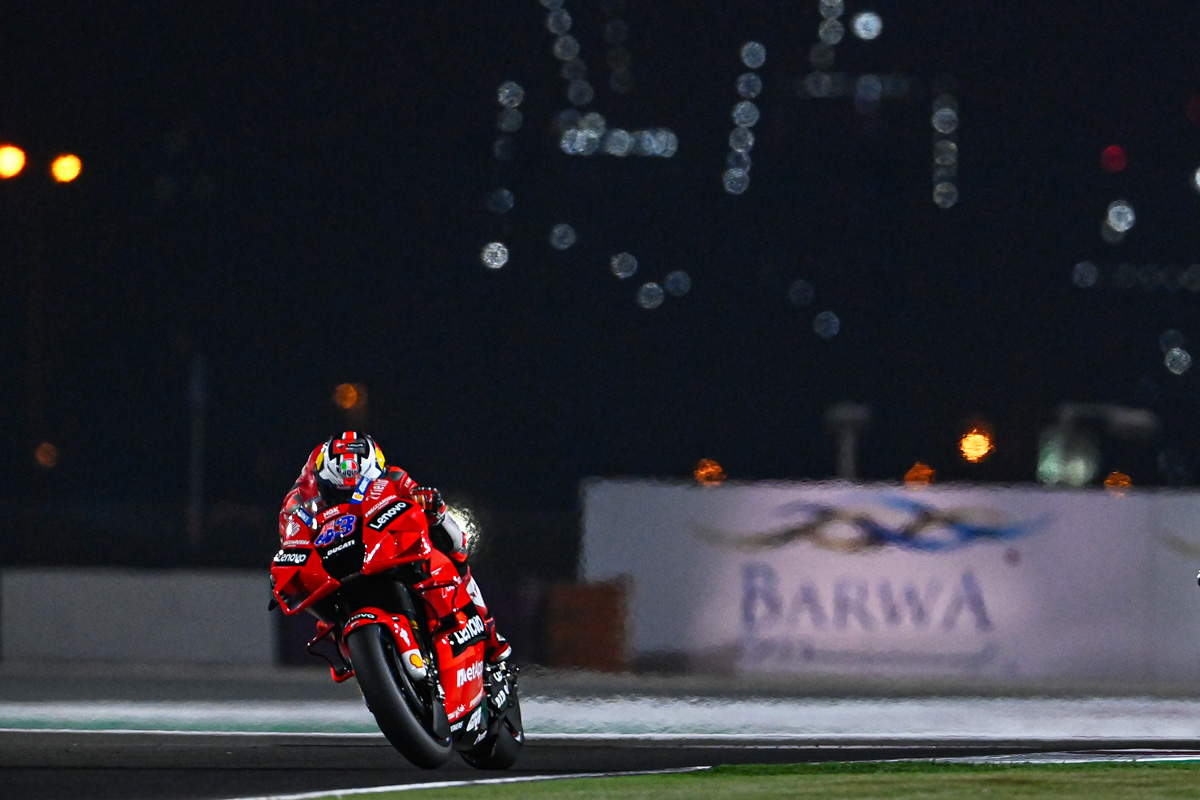 Jack Miller has made a fine start to the 2021 MotoGP season, topping the opening day of the Barwa Grand Prix of Qatar.

Widely considered a frontrunner for this year’s premier class title, Miller looked comfortable as he went within a whisker of the all-time lap record at the Middle Eastern circuit.

Miller was among riders to have a fall, his incident occurring at Turn 4 during first practice in which he wound up third.

“It was a bit of bumpy start due to the crash in FP1, but then the day ended well,” said the Australian.

“In the afternoon, the wind made the conditions difficult, but towards the evening, I found the feeling with my Desmosedici again; I set a very good lap time with the soft tyre, which is just seven thousandths off the track record.

“I’m delighted: it was important to close these first two sessions well because tomorrow in FP3, with the higher temperatures, it will be tough to improve.

“We were all very close today, and I expect very fast times in qualifying. I am excited and eager to head out on track again tomorrow”.

MotoGP action will resume with Free Practice 3 tonight from 23:15 AEDT.