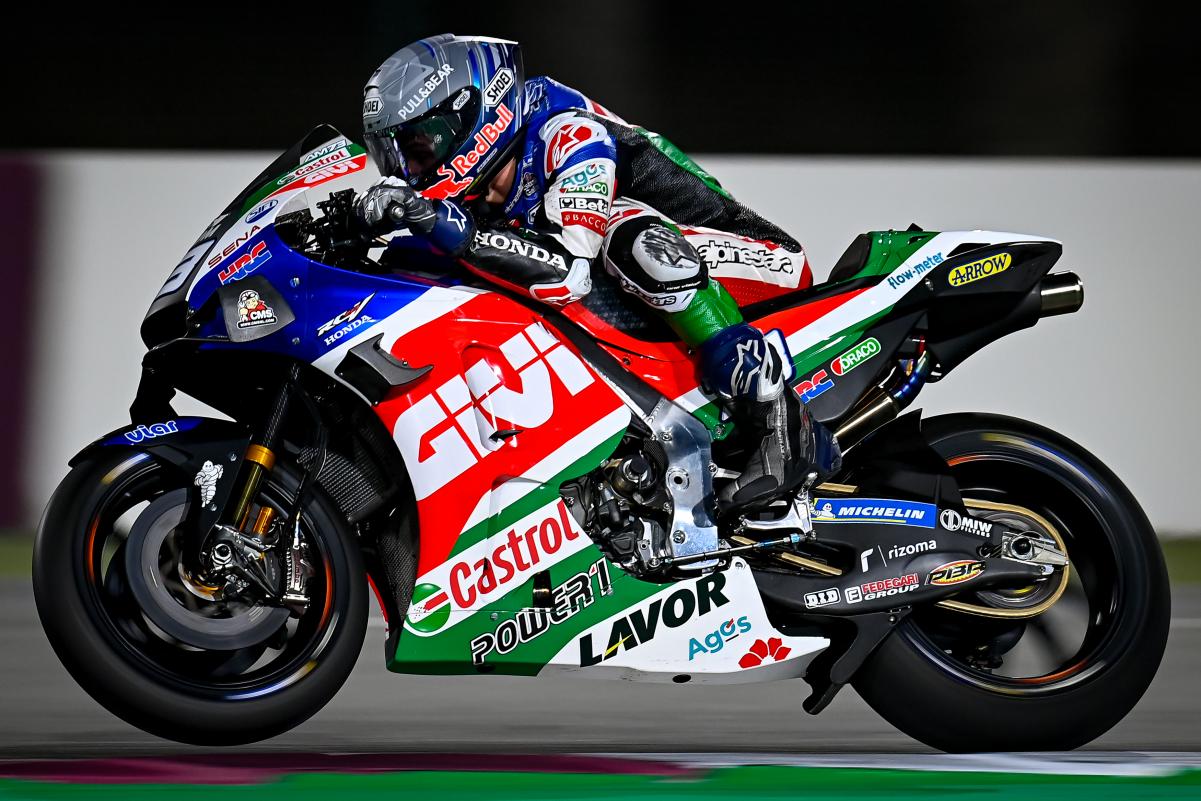 Maverick Viñales and Alex Marquez are unlikely to have their crew chiefs by their side until race day at the Qatar Grand Prix due to inconclusive COVID-19 test results.

However, each must pass a second test before they are allowed into the paddock, and protocols are such that they would only be cleared in time for Sunday’s activity.

For now, Garcia and ‘Beefy’ Bourguignon remain in isolation, but their riders do not believe their absence will be a dramatic hindrance.

“Esteban just got not positive, not negative; I think the correct name is ‘reactive’,” explained Monster Energy Yamaha’s Viñales.

“He was re-tested yesterday, he’s negative, but he needs to remain [isolated] until Saturday. So, he will come I think on the 28th for the race.

“Anyway, we are all connected so for us it’s not going to be a problem. We know Esteban will support us from the hotel at least.

“We made a lot of laps at the test, so we don’t have much more to try. We just need to run laps in practice, understand the track, how to be faster, how to be fast with full tank but not many other things to do honestly.

“It’s a shame because we don’t have all the team, but at least we are very calm that it’s negative, so the rest of the team is also okay.”

According to Marquez, who has moved to the LCR Honda Castrol team in 2021, there is still a chance that his crew chief might return for qualifying.

“He arrived here on I think Sunday night. They made the PCR in the airport then he was in quarantine in the room like everybody else waiting for the result.

“He tested ‘reactive’, not negative or positive. ‘Reactive’ is one thing they have here in Qatar if you are close to positive but not in the level of positive. So, you need to be in quarantine and after three days, which was yesterday, he did another test, that was negative.

“I think now he needs to follow the protocol and maybe he needs to make another test to get the second negative, and then he can go out.

“So, I hope to have him maybe Saturday, maybe Sunday. It will be close so I hope that his second test will be negative and he will be here at the track very soon.”

Marquez had a similar take to Viñales about being able to communicate with a remote crew chief, but also gets to call on Honda Racing Corporation technical manager Takeo Yokoyama.

“I did a one-hour meeting with him on the computer, also with David [Garcia, data recording] and Jaume [Carrau, engine mapping] and Takeo, who will be the guy that replaces him officially.

“So this is the Plan B but we are always working with Beefy who is in the hotel connected to the computer 24 hours a day, ready to answer our questions.”

Marquez’s brother Marc is out of the Qatar and Doha Grands Prix, the latter of which takes place at the same Losail circuit on the following weekend, as he continues to recover from a broken humerus.