Sebastian Vettel has continued the tradition of naming his Formula 1 cars with this year’s machine, giving a nod to his new employer’s relationship with the James Bond movie franchise.

Vettel has named his Aston Martin AMR21 ‘Honey Ryder’, a character out of the first Bond movie, Dr. No.

“It’s the first of its kind, a new story, so we thought it’s a good one,” the German said.

Last year he named his Ferrari SF1000 Lucilla, its predecessor having been named Lina.

Vettel’s introduction to Aston Martin has been somewhat rocky as he experienced problems on all three days of pre-season testing.

He logged just 117 laps as a result, where Red Bull’s Max Verstappen clocked up more than 200.

With the exception of Roy Nissany, Williams’ test driver who completed 83 laps on the opening day, it was the least running of any driver at the test.

Despite that, Vettel claims he’s happy in the AMR21, an evolution of the machine which Sergio Perez drove to victory at last year’s Sakhir Grand Prix. 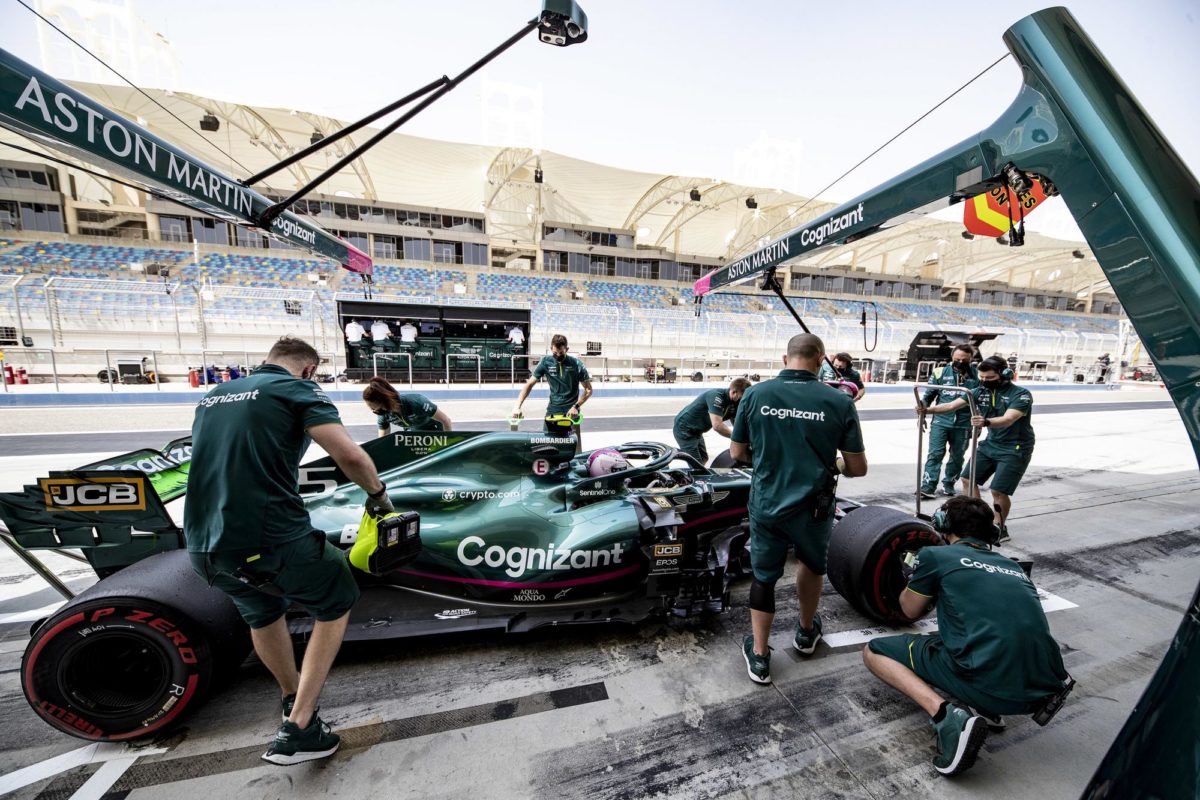 Vettel at the wheel of ‘Honey Ryder’ during pre-season testing

“I’m quite happy. I felt quite comfortable straight away,” the four-time world champion said.

“Despite the little running I think… I got along with the car.

“There’s some things I still need to work on and I need to get used to, but I think time will take care of these things and even with more laps in the test there would still be some things that would need getting used to.

“I’m pretty relaxed, I think it will be okay.”

That came after the team lost 15 points (7.5 points per car) early in the season as a consequence of a protest lodged by Renault over its rear brake ducts.

The Bahrain Grand Prix opens the 2021 Formula 1 season, with Free Practice 1 getting underway at 22:30 AEDT tonight.