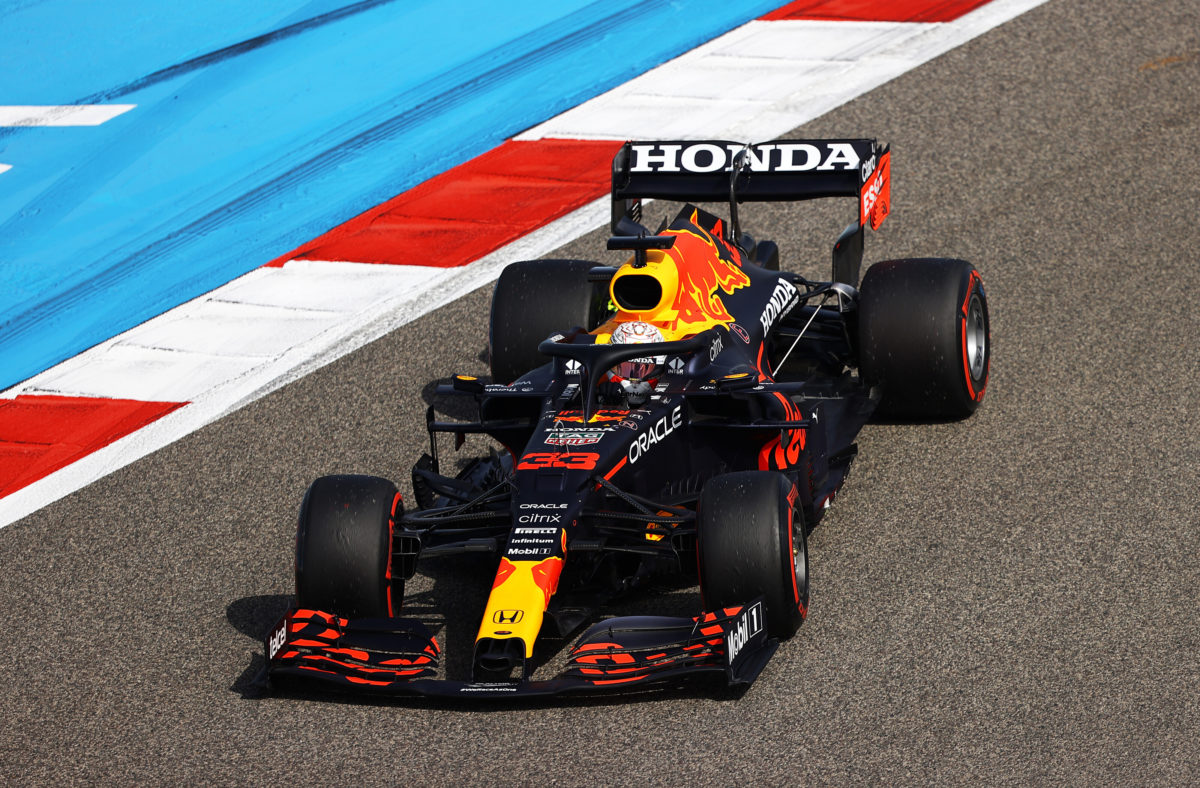 The Dutch driver fitted a new set of soft compound tyres in the closing minutes to shoot to the top, though not before showing plenty of promise throughout the 60-minute session.

He was trailed by Mercedes’ Valtteri Bottas and Lando Norris for McLaren, the latter heading the timesheets at times during the session.

Fernando Alonso had the honour of leading the field on track, a stream of cars immediately taking to the circuit as the session got underway.

Most completed an installation lap, touring around comparatively slowly as they performed system checks.

The early pace was set by the McLaren pairing of Norris and Daniel Ricciardo, the former recording a 1:33.361, 0.8s up on his Australian team-mate.

Red Bull and Mercedes headed out on soft tyres in the early minutes, Sergio Perez usurping Norris for the fastest time before Lewis Hamilton improved further to set the benchmark at 1:32.844.

Notable was an increased rake on both Mercedes, a team which has traditionally run a comparatively flat setup.

The high rake concept, as has been adopted by Red Bull for a number of seasons, sees the rear of the car run higher than the front.

It’s an approach which changes the pressure under the floor, and therefore works the diffuser differently. 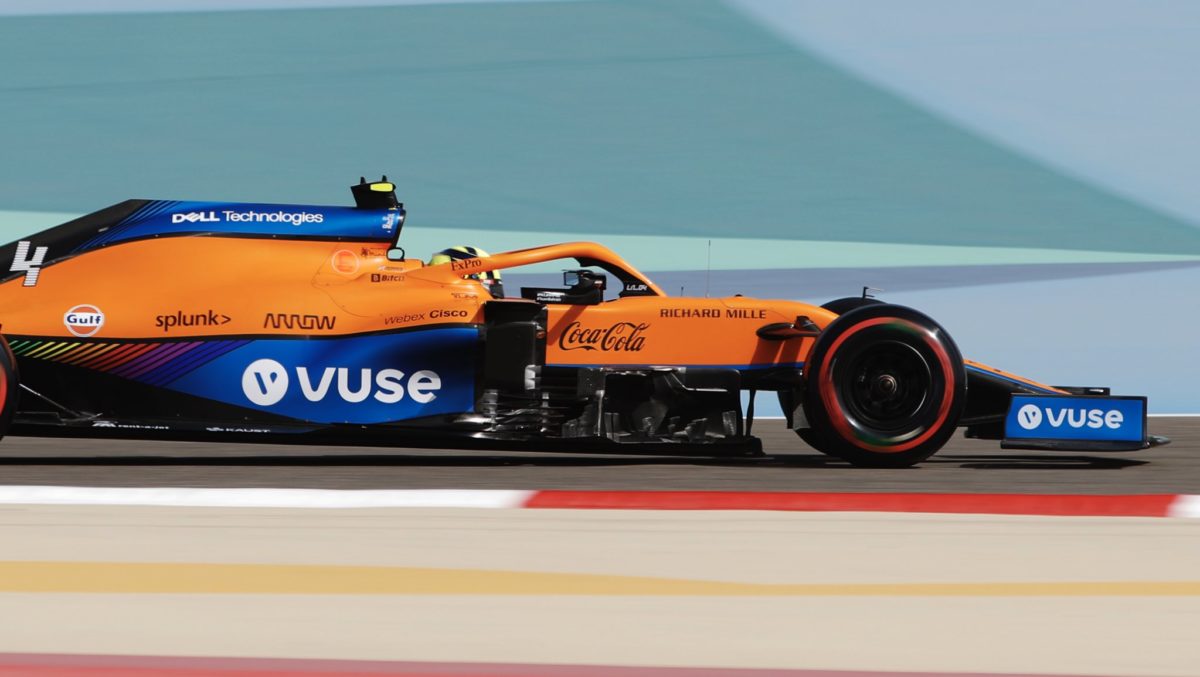 Bottas’ time at the top was short lived as Max Verstappen set his first lap, recording a 1:32.591.

At Aston Martin, Sebastian Vettel’s early laps were scruffy, the German missing apexes and running long in the braking zone for Turn 1.

He was out on a set of the soft compound tyres, though was clearly struggling for balance in the AMR21.

A quarter of the way through proceedings, Hamilton returned to the top of the timesheet with a 1:32.214 on a set of the red-walled tyres.

After 25 minutes, the entire field had set a timed lap, including the Haas pair of Mick Schumacher and Nikita Mazepin who were the last to do so.

Shortly after the halfway point, Hamilton headed back out on the soft compound tyres, and immediately went fastest to the first split.

He lost time through the middle third and was unable to improve at the culmination of the lap, a 1:33.4 some way off the 1:32.2 he’d managed earlier.

Behind him on track, Norris was going faster, the Brit improving to 1:31.897 to set the best time of the session.

Ricciardo climbed to third with 19 minutes left to run in the session, the Australian setting a 1:32.434, underscoring the pace set by his team-mate a few minutes earlier.

Soon after, Charles Leclerc and Carlos Sainz banked times that saw the Ferrari pairing move into the top four; Leclerc with a 1:31.993 and Sainz a 1:32.366.

Pierre Gasly then went third best, recording a 1:32.193, splitting Leclerc and Hamilton, and less that 0.3s slower than Norris. 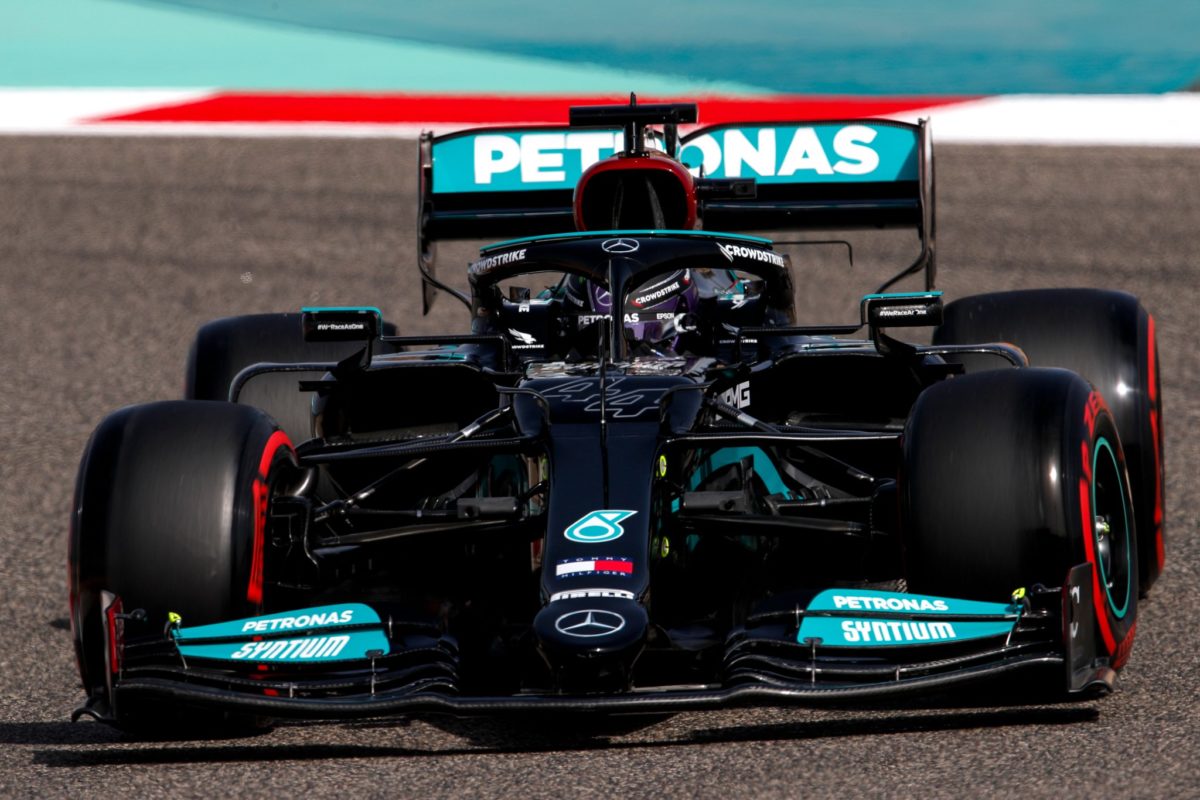 Inside the final 10 minutes, Hamilton improved, going fastest of anyone to the first split and marginally slower than Norris’ best through the middle of the lap.

A mistake at the final corner cost him, however, leaving the seven-time world champion to record just the second-best time.

Verstappen started his final flying lap with just over five minutes left in the session.

The Dutchman was immediately fastest, 0.2s quicker than anyone to the first split.

He carried that speed forward, shaving another tenth off the session’s best time two thirds of the way around the lap.

A 1:31.394 was the result, only managing a personal best through the final sector but still enough to go 0.298s clear.

Alpine ended the session towards the foot of the timesheets, though its focus had been aerodynamic testing rather than outright pace.

It saw Esteban Ocon and Alonso just 15th and 16th, leading both Williams and the two Haas.

Mercedes pace was solid but its car was clearly less settled than the Red Bull, reiterating what was seen during pre-season testing.

McLaren’s presence towards the top was similarly unsurprising, though conditions are not representative of qualifying and the race, both of which take place some four hours later in the day.