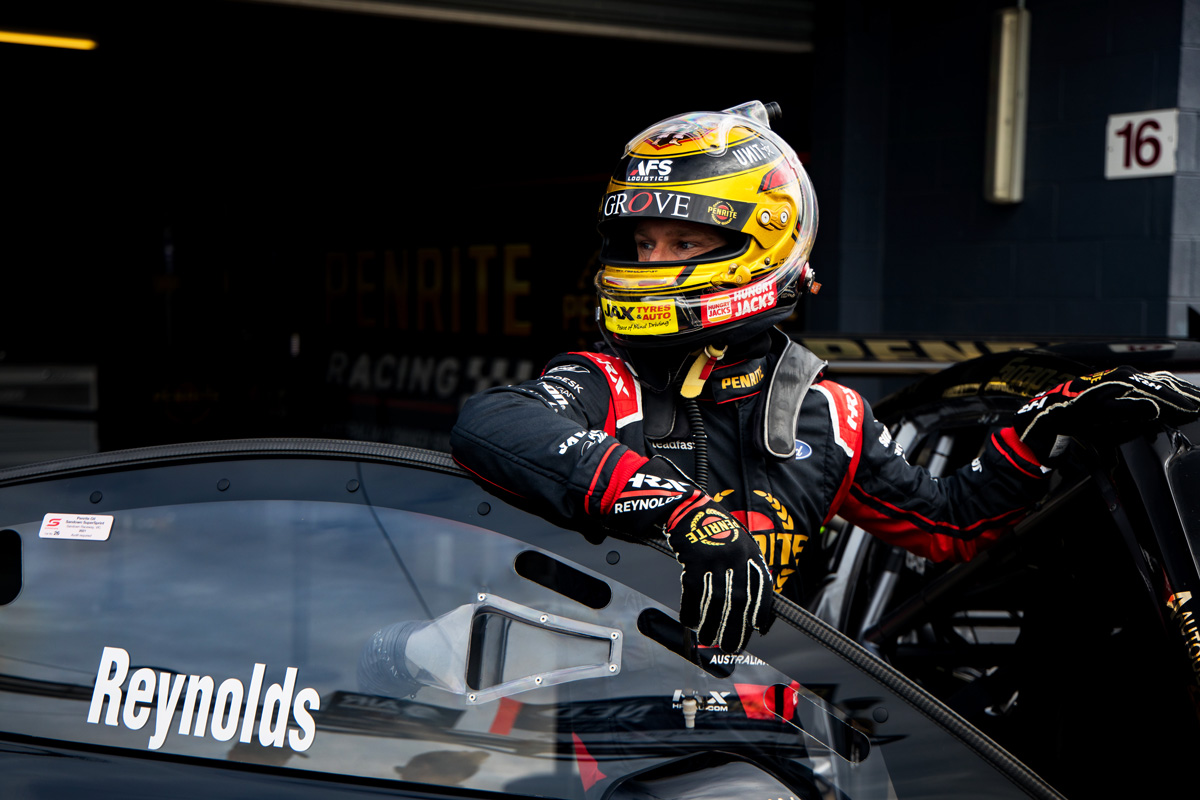 David Reynolds is adamant he would have been no chance for a podium at the Sandown SuperSprint if it wasn’t for upgrades Kelly Grove Racing made between rounds.

The Penrite-backed driver went from being mid-pack in the Mount Panorama season-opener to running at the pointy end in the Sandown rain last Sunday.

Reynolds calmly converted fourth on the grid for Race 5 into a podium; his team-mate Andre Heimgartner also flourishing in the conditions to be regularly inside the top five.

The result marked the 35-year-old’s first time on the rostrum since 2019, having endured a dreadful last season at Erebus Motorsport before switching to KGR in the recent summer.

Just two rounds into his return to Braeside – he previously drove for Kelly Racing in 2011 – Reynolds is mightily excited by what he’s seeing come together so quickly.

“When I first drove it, there was a lot of things that we had to change to make better,” he told Speedcafe.com with reference to the #26 Penrite Racing Mustang.

“Obviously at Bathurst we ran their sort of standard car and then for this round we made some changes and we built some parts and put them in.

“If that didn’t happen, I doubt we would have ended up on the podium; highly likely I would have been mid-pack.

“So those few weeks that we had between Bathurst and Sandown and the parts we built, that’s what got us to the podium.”

At the heart of that development was work to the front-end of the car to offer Reynolds better feel. 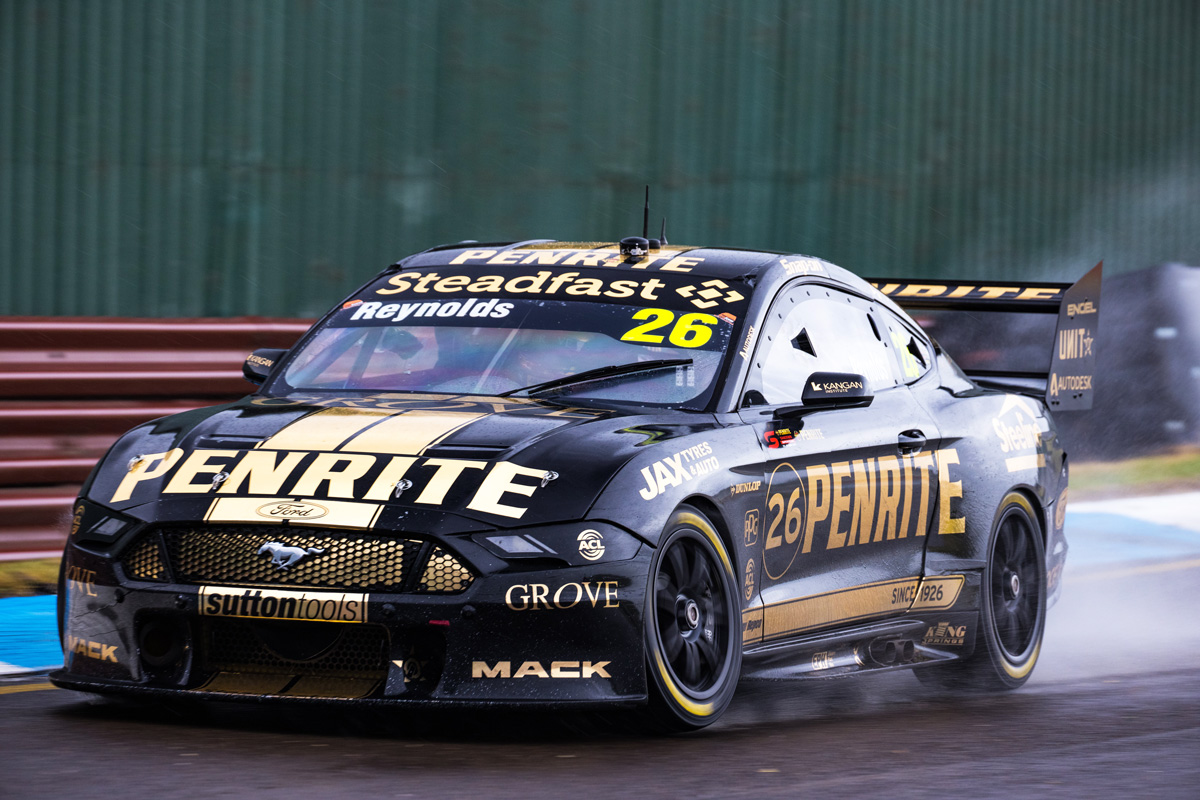 Reynolds was cool and collected on his way to third place

There are plenty more improvements in the pipeline, too.

“Very, very exciting times. We’ve got plenty in the pipeline for this year and next year as well, so it’s going to be epic,” he said.

Those plans have Reynolds full of hope for the journey ahead.

“Every team you go to, they all have bright ideas and brilliant plans, but some might promise you the world but give you an atlas to read. They might have the best intentions but can’t execute them.

“At least in a very short space of time with this team, we’ve seen a plan and it being executed and we got results from it.

“That’s the most exciting thing that can happen very fast.

“With the people we have got in the team, we build our own parts, they’ve got all of the machine shop ready to go, all the fabrication and everything is there ready, you just need the idea to filter through to build.”

KGR is perched fifth in the teams’ championship after two rounds, with Heimgartner and Reynolds in seventh and ninth in the drivers’ standings.

Reynolds finished on the podium in the most recent Supercars Championship race at Symmons Plains – the next stop on the 2021 calendar – two years ago.