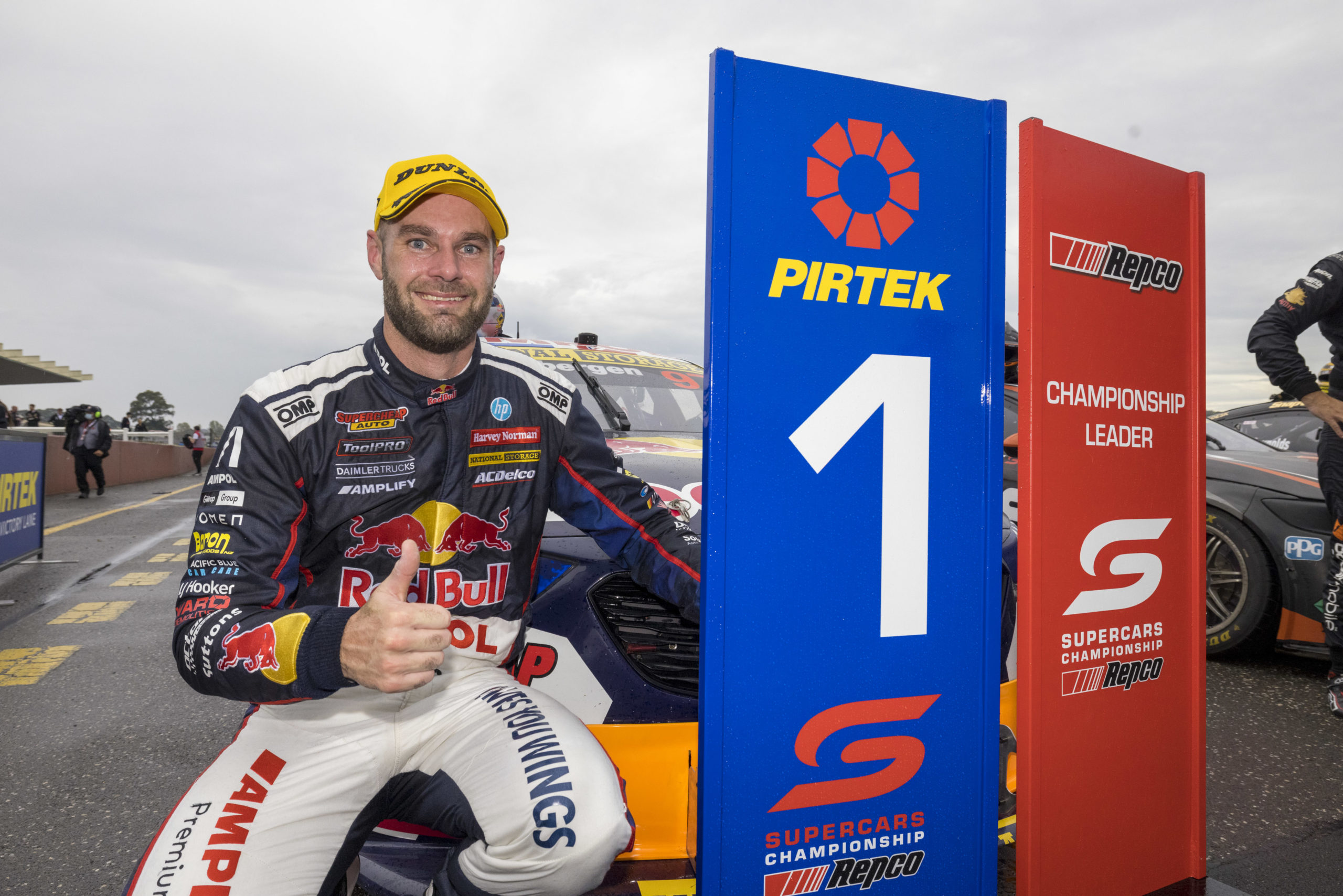 Scott McLaughlin believes Shane van Gisbergen can be beaten, but only if his rivals race the 2016 champion harder and smarter.

The Red Bull Ampol Racing driver is in the midst of a “purple patch” according to McLaughlin, having swept the first five races of the Repco Supercars Championship.

That’s despite the Kiwi carrying a broken collarbone, three broken ribs, and torn ligaments at the latest round of the championship, the Sandown SuperSprint, after a mountain bike accident.

His best performance of the weekend came in the first of three 36-lap races, driving from 17th on the grid to pass Monster Energy Racing’s Cameron Waters on the start/finish line with a lap to go and win.

“Do I think he can be beaten? Yeah, but people need to pressure them,” McLaughlin said on his Balls & Bumpers podcast.

“They outsmarted Cam at Bathurst. Shane has just been ultra fast in qualifying. His starts have been probably the best they’ve been in the last three years.

“It’s a lot of things together and the confidence just keeps rolling. Until you can beat them, they won’t crack until then.”

McLaughlin and van Gisbergen were championship combatants in 2018 and 2019, in both instances the former DJR Team Penske driver winning the title over the other.

The pair came to blows on one occasion at their home event at Pukekohe Park when van Gisbergen parked McLaughlin in at the podium. Supercars made an emphatic return to Sandown

McLaughlin said there’s no use getting into a verbal stoush, given his countryman’s stoic demeanour and disregard for off-track confrontation.

Rather, the way to beat van Gisbergen will be to match his driving style.

“Chaz and Cam race each other so hard, to the point that they’re spinning each other out. And then when Shane gets in the mix, both of them don’t really do the same how they race each other.

“I don’t know. Me and Shane had some ding-dong battles. You have to stand up for yourself against Shane, but at the same time, he races you how you race him.”

McLaughlin, who has since moved to the United States to pursue a career in the IndyCar Series, said teams need to outsmart Triple Eight as DJR Team Penske team did in 2018.

“I feel like everyone needs to get into it a bit more, get amongst it between Shane and Triple Eight,” said McLaughlin.

“They need to beat them, the need to out-qualify them, like I said, undercut them, get out in front of them on fuel and then hold them back.

“But we just kept putting pressure on them and they made mistakes all of the time, up until the last weekend. That’s how we won the championship.”