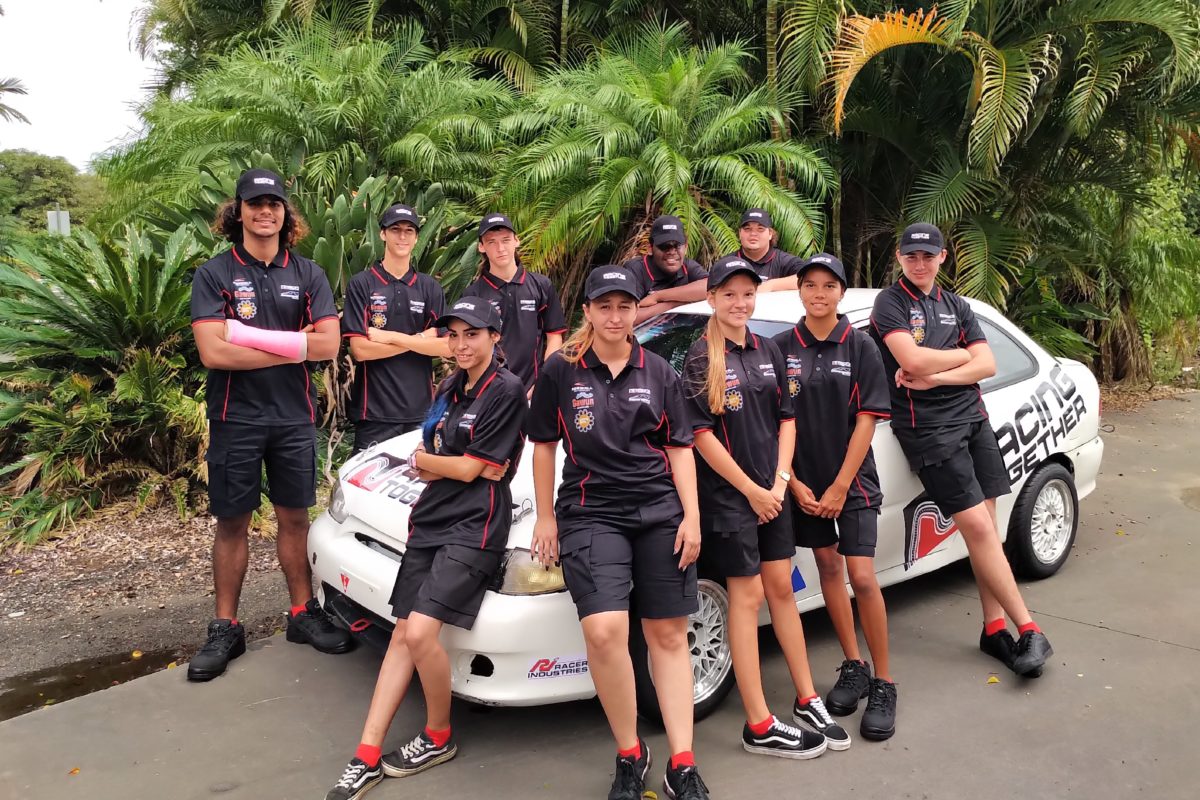 The Racing Together team

Known as ‘Racing Together’, the squad is comprised of 10 girls and boys aged between 14 and 17 from the Brisbane area.

They have built up a Hyundai Excel X3 to race, in a programme which has been backed by Bathurst 1000 winner Paul Morris, Supercars team owners Roland Dane and Ryan Story, Formula 1 steward Garry Connelly, and Brisbane indigenous organisation Gunya Meta.

Braedyn Cidoni will be the driver, and said it was an emotional moment when he found out.

“I almost cried when they selected me as a driver,” recounted the 17-year-old.

“I would never have got into motorsport without the Racing Together programme.

“The team have all put in the effort and we’ve been getting the car right. I think we’ll get into the top 20.”

Garry Connelly and wife Monique founded the programme last year, in a bid to provide a pathway into motorsport for indigenous youth.

“There is currently no representation of our indigenous people in motorsport in Australia, which has enormous potential to provide enjoyment, motivation and pride to those who participate in many different roles,” he said.

“The Racing Together project is designed to identify suitable Aboriginal and Torres Strait Islander youths of both genders and provide them with an opportunity to pursue a career in our sport.”