Miller has ‘never felt so comfortable’ before a season-opener

Miller has ‘never felt so comfortable’ before a season-opener 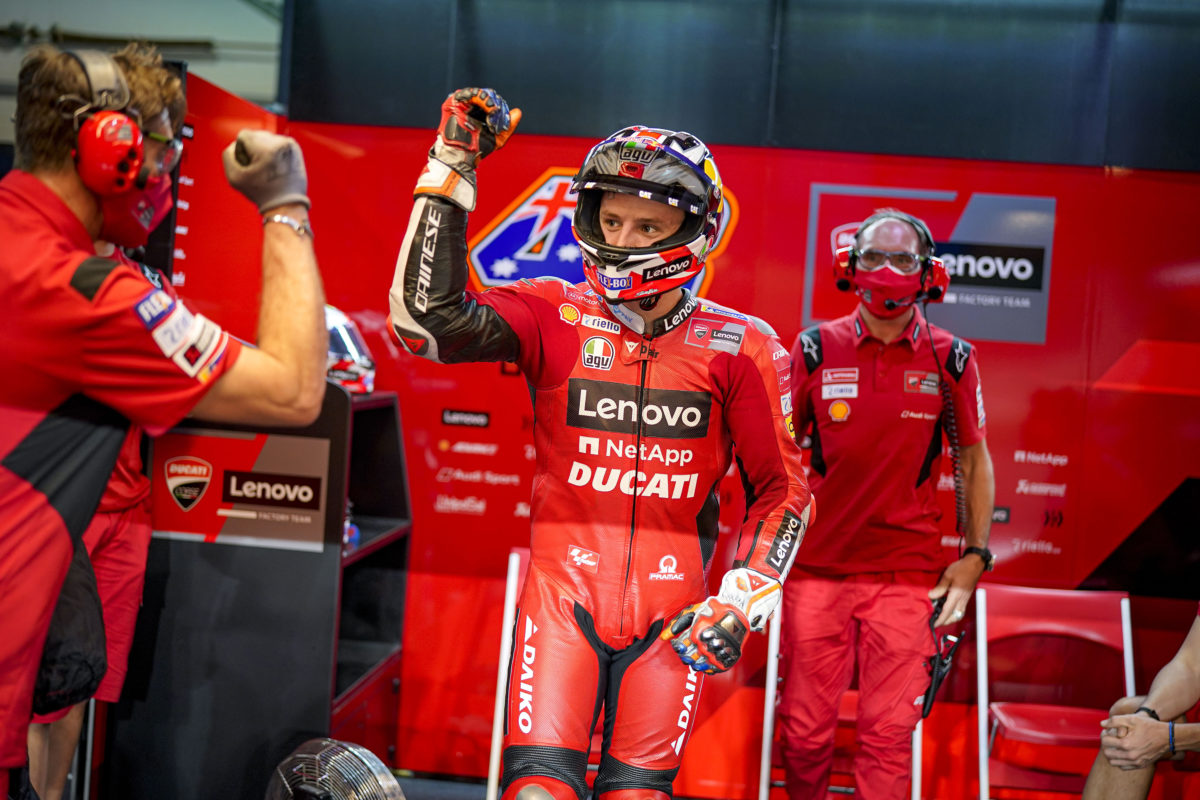 Jack Miller says he has “never felt so comfortable on the bike” on his way to a season-opener until this time around.

Miller was fastest in pre-season testing, when he unofficially broke the All Time Lap Record at the Losail circuit which hosts Rounds 1 and 2, the Qatar and Doha Grands Prix respectively.

The new Ducati Lenovo Team rider had already been identified as a favourite for the 2021 MotoGP title by the likes of Maverick Viñales, given how he ended last year and his familiarity with the Desmosedici package.

Miller ‘enjoys’ the thought, and is seemingly riding a wave of confidence ahead of the new season, which begins at a track well-suited to the Bologna bullets given the length of the main straight.

“The official Qatar test had been really positive, and I have never felt so comfortable on the bike before starting the championship as this year,” said the Queenslander.

“My feeling with the Desmosedici is great, and also, our speed is not that bad. I hope we will find good track conditions all weekend to prepare ourselves well for both races that we will have here in Losail.

“For sure, also our rivals will be really competitive here, but I am determined to start the new season on a high, fighting for the top podium as I did at the end of last year.”

Miller and Francesco Bagnaia were both called up from Pramac Racing to become full factory riders this year.

The latter says he does not feel like a number two to his more experienced team-mate despite their formlines from late-2020 into the 2021 pre-season.

However, the Italian is sticking to his slightly more modest expectations than those of Miller.

“I’ve been waiting for this moment for a long time, and I can’t wait to experience the adrenaline of the first lights out of the season.

“After the two test sessions we’ve had over the last few weeks, we arrive at the first round of the year with a solid base to work from.

“It will be important to improve our time attack to guarantee a place in the first two rows of the grid in qualifying.

“I’m very excited, and I feel I can fight for a good result in the race.”

Miller is not the only Australian who is a genuine chance of victory in Qatar.

Remy Gardner, 0.048s off the pace at the end of last weekend’s official pre-season Moto2 test at Losail, has stated he is capable of “big things” now that he has moved to Red Bull KTM Ajo.

Practice for all three classes starts on Friday night (AEDT).