Kostecki in class of his own after Sandown feat

Kostecki in class of his own after Sandown feat 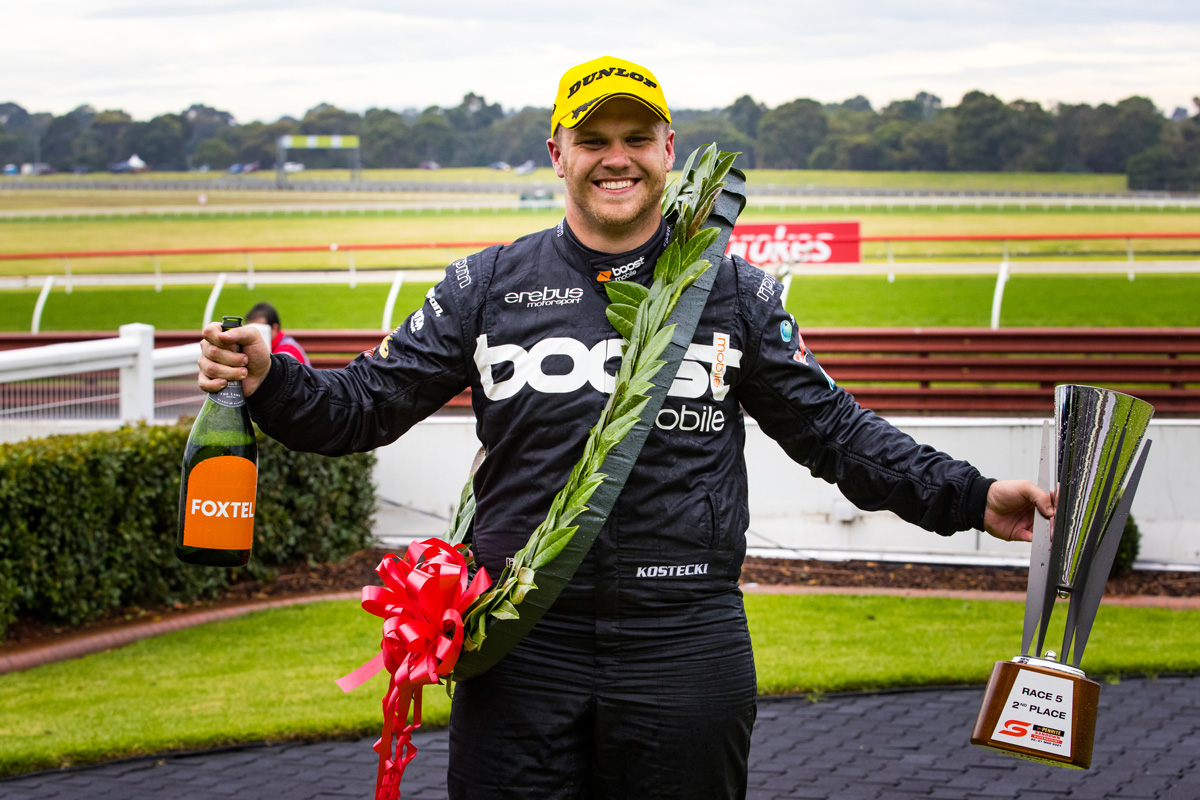 The numbers don’t lie: Brodie Kostecki’s charge to the Sandown podium confirmed his status as a supreme talent to keep an eye on.

The 23-year-old sailed by a number of competitors in the first half of the final Sandown SuperSprint race on Sunday to turn seventh on the grid into a second place finish.

In doing so, he became the first in more than 20 years to take a solo podium in his first five races as a full-time Supercars Championship primary driver.

It’s a feat that has not been achieved since Craig Baird took victory for Stone Brothers Racing in the second leg of the 2000 season-opener at Phillip Island.

Baird, now the category’s Driving Standards Advisor, was a proven performer by that point with a bunch of New Zealand titles plus experience in the British and South African Touring Car Championships – but had never before been a solo Supercars driver.

Of all the highly rated drivers to have come through the ranks since, none achieved what Kostecki now has in such a short space of time.

Scott McLaughlin got as close as any, in 2013 winning both his seventh main game start (at the non-championship Australian Grand Prix round) as well as his seventh actual championship race at Pukekohe.

Ironically, a quirk of the statistic is that Kostecki’s Erebus Motorsport team-mate Will Brown did also take a wet Sandown podium in what was his first solo main game race in 2019 – albeit in a co-driver sprint where he benefited from primary driver Anton De Pasquale’s qualifying efforts.

It’s a rarity in Supercars for a new kid on the block to taste success so soon. 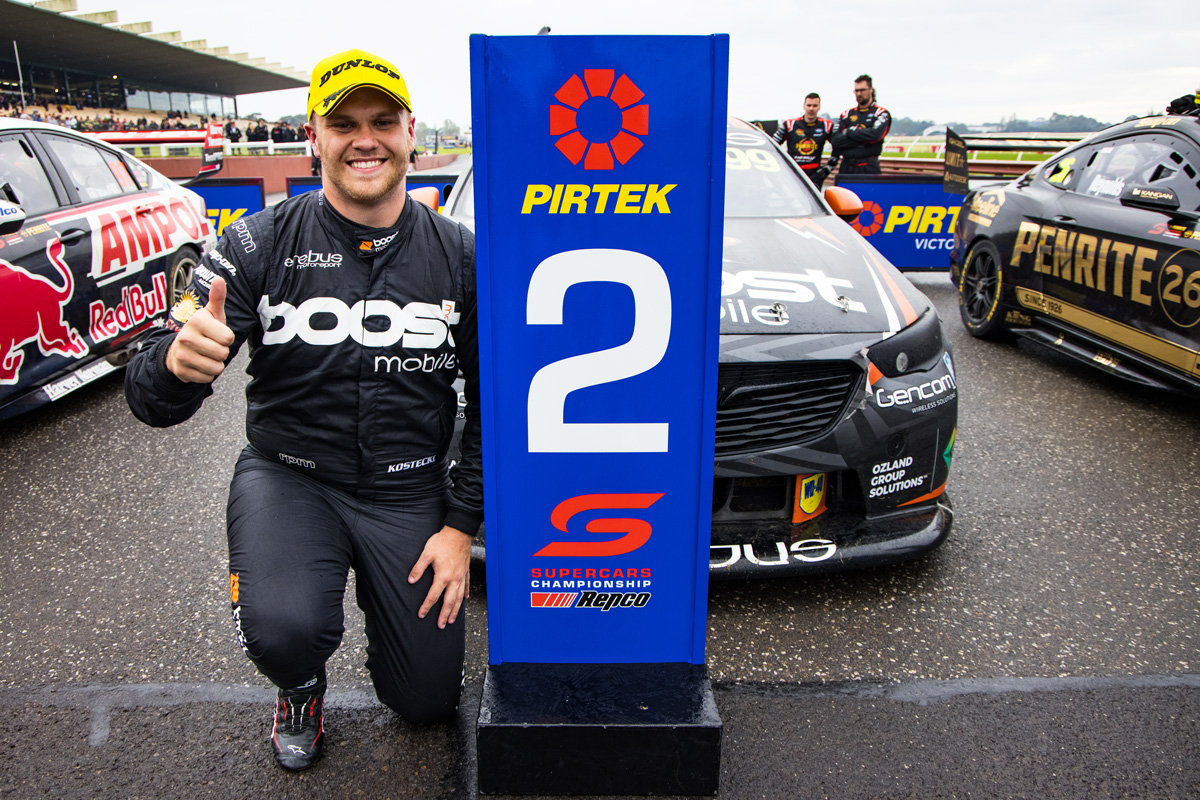 Kostecki’s fellow podium-placer at Sandown, David Reynolds, similarly was cut loose after a tough single season at Walkinshaw Racing in 2009.

Dick Johnson Racing duo Will Davison and Anton De Pasquale’s first seasons – in 2006 and 2018 – left them sat 19th and 20th respectively come the end of year.

Clearly intimidated by none, the Western Australia product has speed to burn as evidenced by thrice qualifying inside the top 10 in five attempts.

His ability has never been in question, and now he has the opportunity to show it off on the big stage.

At this rate, he could well firm as a contender to succeed the retiring Whincup at Red Bull Ampol Racing next year… even if he’s downplaying those chances.

“Nah, I’ve got both hands down; I let other people do that stuff,” Kostecki said post-Sandown when asked if he was putting his hand up for the #88 seat.

Kostecki’s next outing in his #99 Erebus Boost Mobile Racing Commodore will come at the Beaurepaires Tasmania SuperSprint on April 10-11.

Symmons Plains Raceway was the site of his maiden Super2 Series podium in 2018.