Gardner ‘can do big things’ at KTM Ajo

Gardner ‘can do big things’ at KTM Ajo 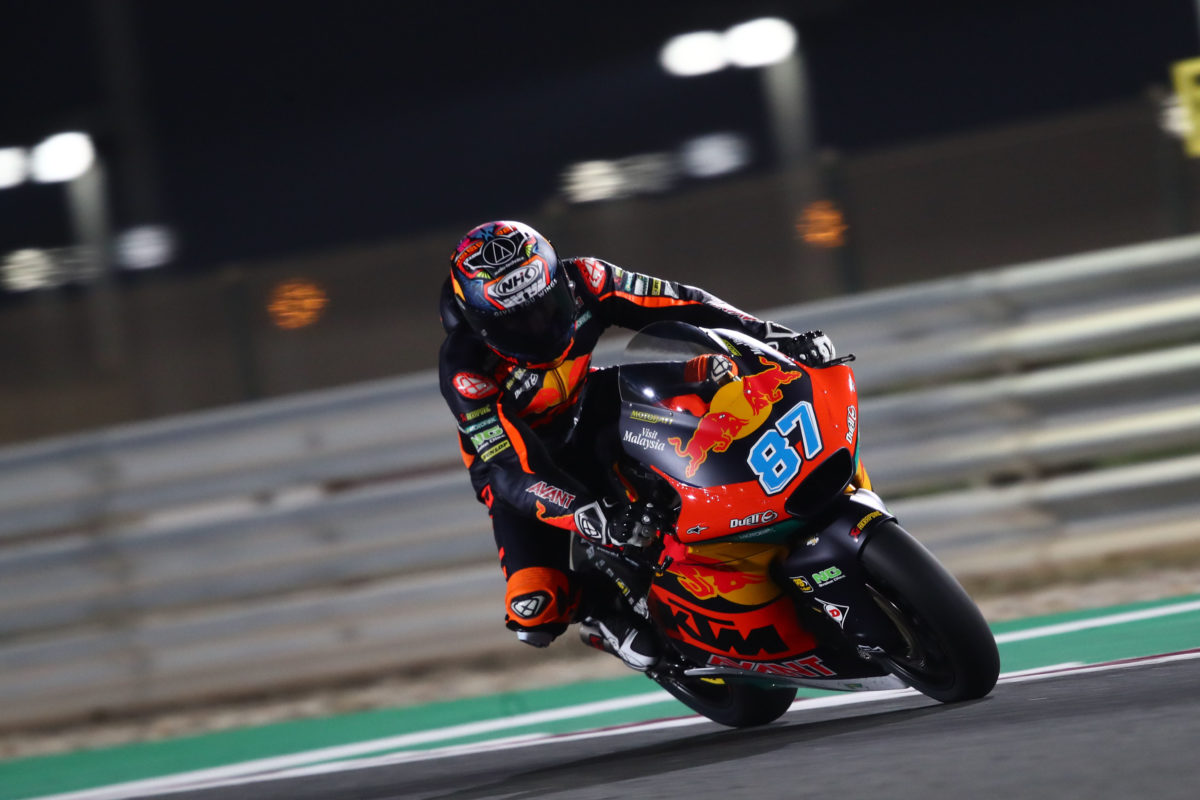 Remy Gardner believes that he is capable of “big things” with Red Bull KTM Ajo, including winning the Moto2 championship.

Gardner spent the last two seasons with the Stop and Go Racing Team, dragging a year-old Kalex to his first ever grand prix victory at the end of his time with the Spanish squad.

Now he rides for a team which has vied for the intermediate class title in each of its four seasons so far as a KTM-aligned operation, having won it with Johann Zarco in 2015 and 2016.

“The targets that we have set for ourselves this first season together are to be consistent and achieve good results that allow us to reach the end of the campaign with the chance of fighting for the title,” said the Sydney-born rider ahead of this weekend’s season-opener.

“The season is very long and there is still a lot of work to be done, but if we work hard, we can do big things.

“For the first Grand Prix of the year in Qatar, our aim is to score as many points as possible.

“I think it is a nice circuit, with a fast layout and some long corners. Personally, I like it a lot.”

The season ahead will be Gardner’s sixth in Moto2, albeit at the age of just 23.

It took until 2019, in Round 2 in Argentina, to crack a grand prix podium, before he crashed out after taking a maiden pole in last year’s Austrian Grand Prix.

However, that incident at the Red Bull Ring highlighted just how much he has struggled with older machinery, and having to carry his relatively hefty body on an intermediate class bike.

His potential had already been recognised by at least KTM, which offered him a MotoGP seat during 2019, and world champion father Wayne says more have come around to that view after the Portugal victory last November. Gardner in the garage at Losail during pre-season testing

“The teams are understanding this now and Remy obviously came out and won the last race, which he shouldn’t have done on that bike, but he did,” the 1987 500cc world champion told Speedcafe.com’s 2020/21 KTM Summer Grill.

“Of course, now, everyone wants him, everyone’s raving about him.”

Remy Gardner comes into the Qatar Grand Prix off the back of a competitive showing in the pre-season test at the same Losail venue last weekend, when he topped Day 1 and finished up less than half a tenth off the pace.

He shares the Red Bull KTM Ajo stable with the fastest rookie on each of those three days of track activity, namely Raul Fernandez.

“We will start the season without setting any goals,” said the Spaniard, who finished fourth in last year’s Moto3 championship.

“We want to enjoy and learn from each race, and it will be in the middle of the year that we will look at how we are doing and what we can aspire to.

“For now, it’s time to take things calmly and make steady progress. I go into this first race of the year without any pressure, since my goal is to enjoy every moment and give 100 percent.

“Qatar is a track that I like and where last year, in Moto3, we did a good job. In 2019, in my first experience at this circuit, we also did well.

“I know that we are going to have a positive time this weekend in my first race in the Moto2 class, one which I am looking forward to with great enthusiasm.”