Fernando Alonso has suggested he’s the best driver on the grid as he prepares to make his Formula 1 return this weekend.

The Spaniard has joined Alpine for the 2021 season following two years out of F1.

In that time, he competed in Dakar, won two 24 Hours of Le Mans, and a World Endurance Championship.

Alonso made his debut at the 2001 Australian Grand Prix and has amassed 32 wins in 314 F1 events.

That sees him third on the list of highest number of career race starts, behind Kimi Raikkonen (332) and Rubens Barrichello (326).

Max Verstappen has arguably hit his stride since Alonso left the sport at the end of 2018, with Red Bull tipped as a title contender for the coming campaign.

“It’s going to be great and I’m looking forward to it,” Alonso told the BBC.

“There are some young, talented guys who have been showing great performances in the younger categories and then we still have the champions who were here two years ago; Lewis, Sebastian, Kimi, even Verstappen who even if he is one of the young generation, he has already been racing at the top level for four or five years.

“So I think we have a very competitive grid and it’s going to be a challenge to beat everyone on track.”

When asked whether, at 39 and after two years out of F1, he is still as good as the established guard, his response was blunt: “No. I’m better.” 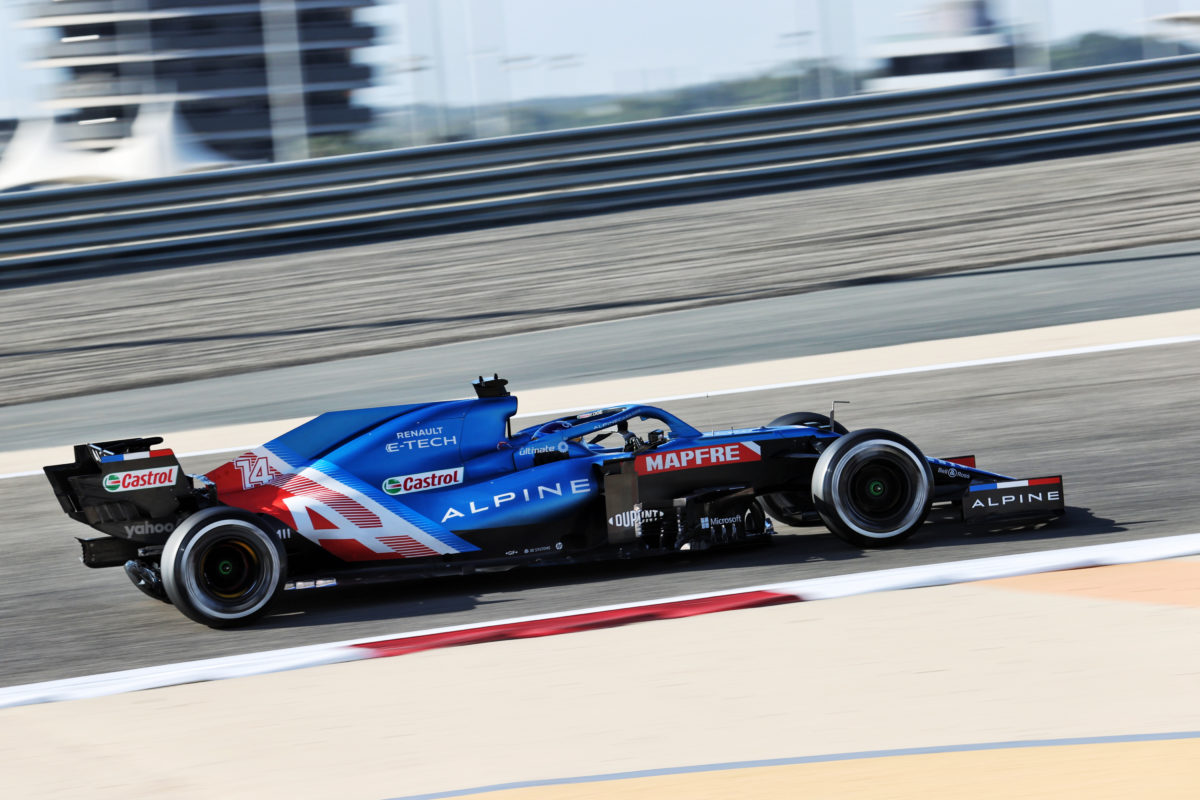 Alonso’s return comes a year ahead of sweeping new technical regulations which will result in radically different cars for 2022.

It’s hoped those changes will shake up the order somewhat after an era which has been utterly dominated by Mercedes.

However, with those new regulations a year away, Alonso suggests it’s a matter of getting through this season.

“I’m back in Formula 1 with the aim of doing well, obviously, and the aim of having the chance to win races and hopefully to fight for championships,” he explained.

“We understand that this year it is not going to be possible because the regulations are a little bit different but basically the same as previous years, so I don’t see any miracles happening there.

“But I think in 2022 there is a chance with the new regulations mixing the order of the grid and we want to be one of those teams that surprises everybody.

“To do that we need to work hard this year.”

Alonso has joined Esteban Ocon at the team which, last year, was known as Renault.

It ended the 2020 constructors’ championship fifth, following a tight battle with McLaren and Racing Point (now Aston Martin) for third in the standings.

That battle is tipped to intensify this year, with AlphaTauri, Ferrari, and Alfa Romeo all appearing to have made gains.

The 2021 Formula 1 world championship begins with the Bahrain Grand Prix from Friday, with Free Practice 1 getting underway at 22:30 AEDT.