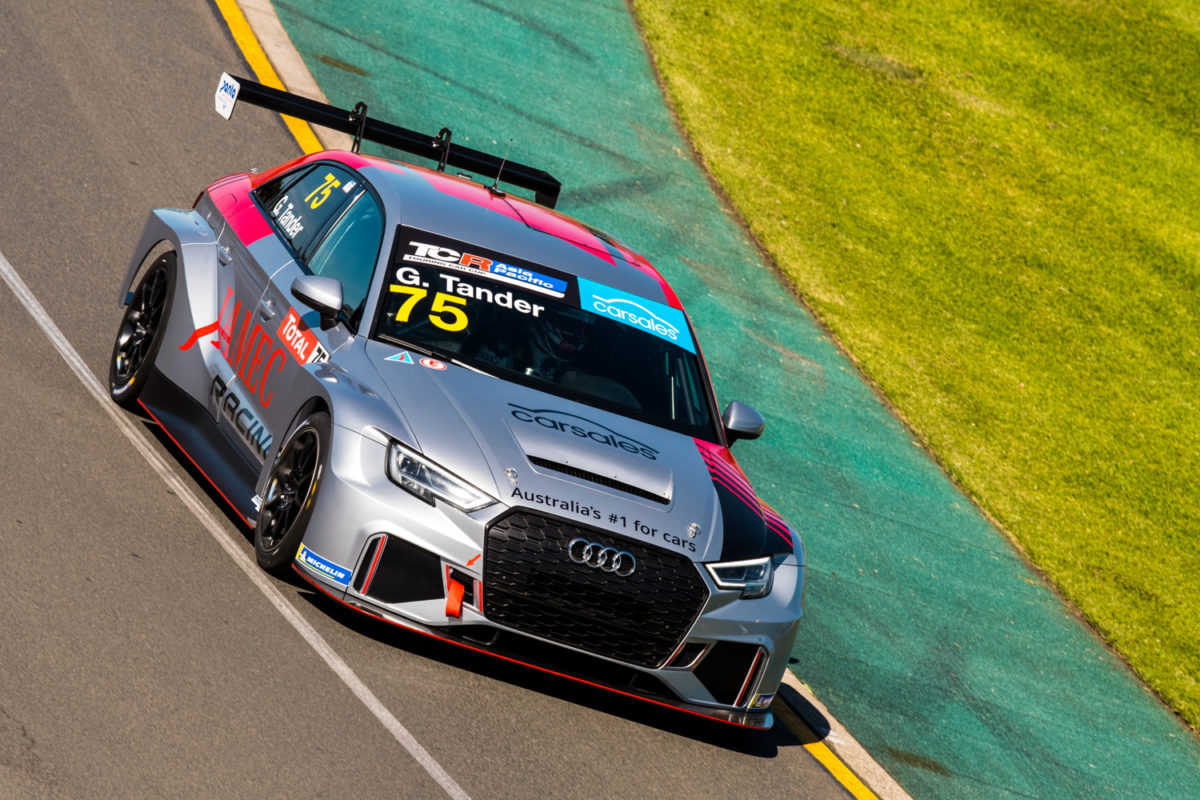 Garth Tander in his last appearance in the Audi

Garth Tander will be part of a 22-car field for Round 3 of the Supercheap Auto TCR Australia Series at Easter’s Hi-Tec Oils Bathurst 6 Hour event.

While he is returning to the Melbourne Performance Centre stable, there is still room in the squad for series leader Chaz Mostert, who has been named in the #25 Audi after doubts about his ongoing presence on the grid.

Tander made a handful of starts in the inaugural, 2019 season, winning a race at The Bend, but has not been in the TCR field since the Asia Pacific Cup round at last year’s Formula 1 Australian Grand Prix.

The four-time Bathurst 1000 winner will drive the same Audi RS 3 LMS that he put on pole at Albert Park just over 12 months ago, but never got to race on that occasion due to the event being abandoned.

Privateer Liam McAdam has also been confirmed for the series’ first round at Mount Panorama, after showing off a new look for his own Audi earlier this month.

There will be an extra Hyundai on the grid, too, with HMO Customer Racing running a third i30 N, for Carrera Cup regular Duvashen Padayachee. Practice will be held on Friday, April 2 ahead of qualifying and three races across the Saturday and Sunday at Bathurst.