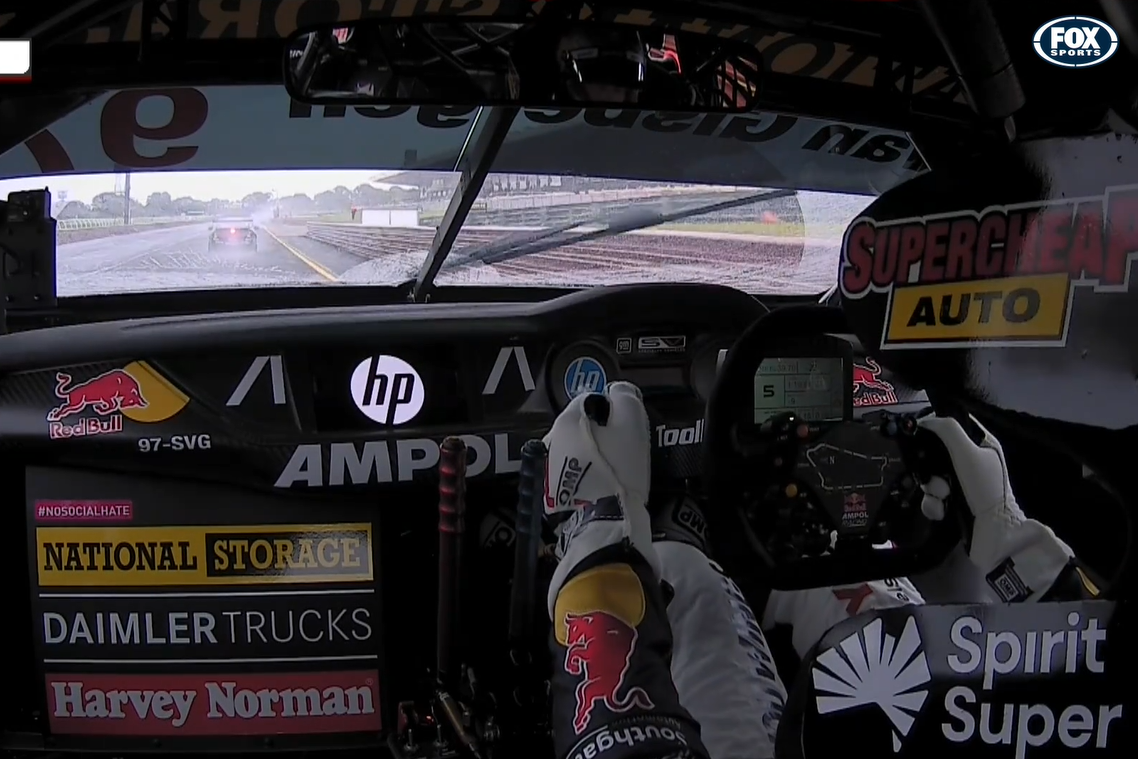 Paddle shift should be ‘thrown in the bin’, according to all three podium finishers in the latest race of the Repco Supercars Championship.

The category’s impending move to the Gen3 ruleset next year could see the gearstick, currently a sequential shifter since H-patterns were phased out in 2008, replaced by paddles behind the steering wheel.

Shane van Gisbergen, the 2020 Bathurst 1000 winner and 2016 Supercars champion, has been particularly vocal in his opposition to that concept.

Speaking shortly after taking a fifth win in as many races thus far in 2021, the Red Bull Ampol Racing driver fired yet another barb at paddle shift.

“Throw paddle shift in the bin,” was his blunt reply to a question about what the entertaining racing at Sandown said for what should be taken into Gen3.

Brodie Kostecki and David Reynolds, sat either side of the New Zealander in the press conference, made it a consensus from the podium finishers.

The latter said, “Yeah, hundred percent,” as the former chimed in with, “I agree.”

Van Gisbergen’s comment completes a sweep of anti-paddle shift broadsides from his three official Supercars outings to date in 2021.

The 31-year-old gave a big tick to the large reduction in downforce which is planned for Gen3 after it took pit strategy for him to win Race 2 at the Mount Panorama 500.

However, he could not resist a dig at paddle shift in the post-race press conference.

“I think next year’s exciting, the Gen3 having no aero and all that kind of stuff – except for paddle shift; that’s shit,” said van Gisbergen. 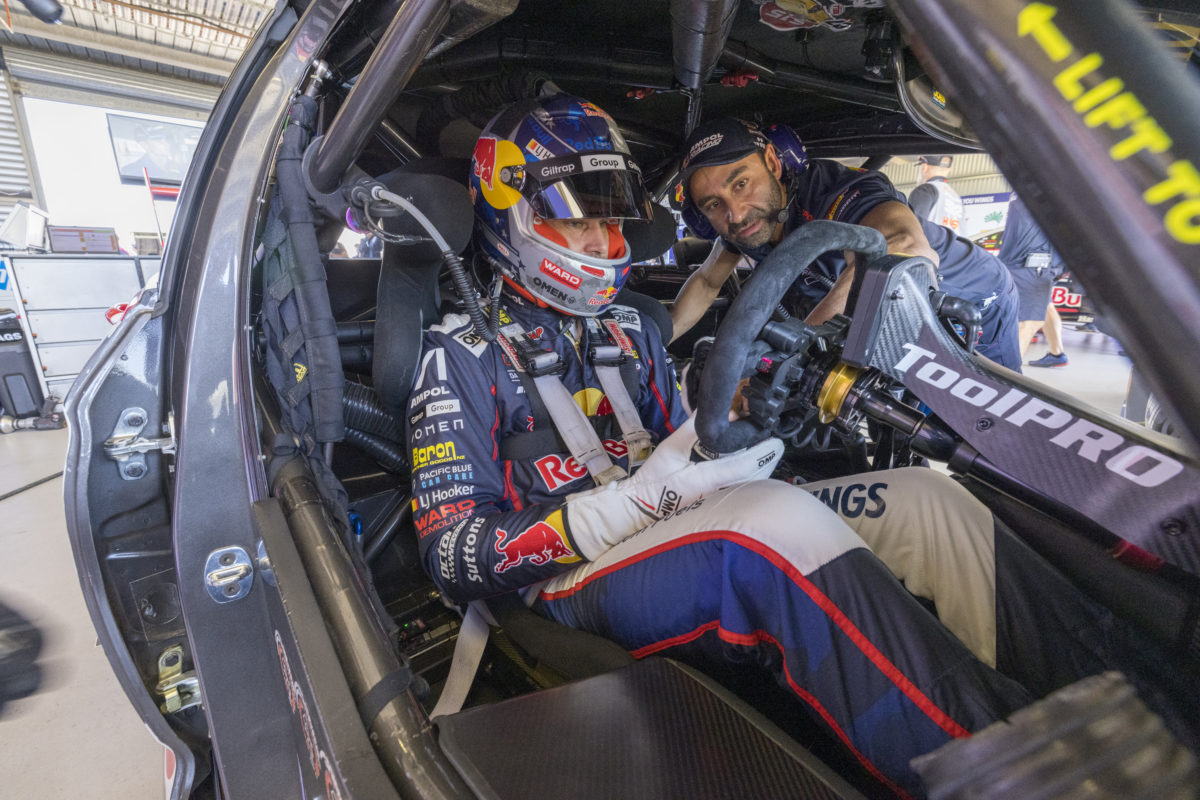 Earlier that month, at the Queensland Raceway pre-season test, he was more expansive about what he finds distasteful about potential Gen3 developments.

One of those, which could be introduced in conjunction with paddle shift, is an automated throttle blip which would make the heel-and-toe obsolete.

Van Gisbergen, who had just come off winning the New Zealand Grand Prix which forms part of the Castrol Toyota Racing Series, could not hide his excitement for driving a Supercar again when he spoke to Speedcafe.com for its post-test wrap-up video.

“Driving out this morning, these cars are awesome,” he exclaimed.

“Like, first time you put your foot flat, you just feel the power and it moves around, you’re shifting properly, and I just hope they don’t go paddle shift next year because paddle shift is shit.

“How we have to drive the cars properly is braking, you’re on the clutch… these cars are awesome.”

Van Gisbergen is not the only current or former Supercars driver who has been direct in their criticism of paddle shift and/or automated throttle blip.

He then took to Norwell Motorplex, where he conducts driver training, to demonstrate how the very best Supercars drivers manipulate clutch release to lock the rear wheels and enhance how the vehicle turns.

Ironically, while that helps to promote the passing, and passing is widely regarded as lacking with the current generation of Supercars, the trick is under threat given the prospect of automated blip.

Brad Jones Racing’s Nick Percat declared, in an interview published in mid-January by Fox Sports, that “the minute they go to paddles … is probably going to kill my love for Supercars.”

Another current, race-winning driver, who did not wish to be named, told Speedcafe.com that same month, “I think heel-toeing is something that is very unique around the world these days. 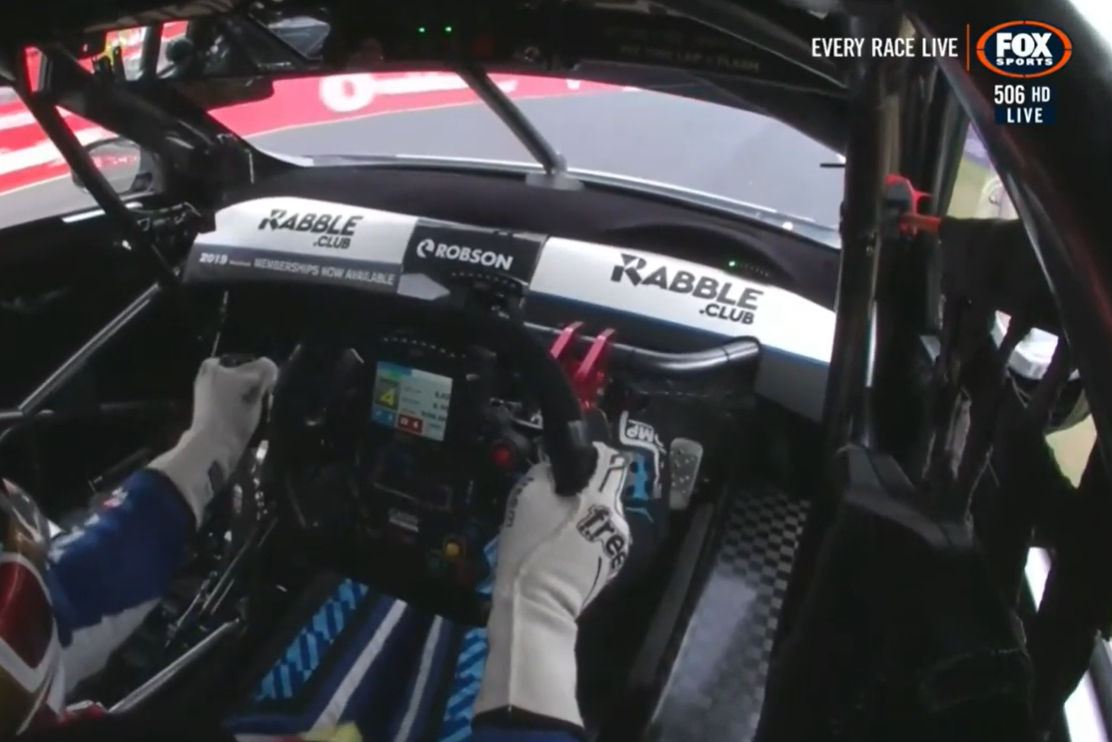 Dean Fiore downshifts at Bathurst in 2019; note the swivel in his right foot which puts it in contact with the accelerator pedal. Picture: Fox Sports

Team 18’s Mark Winterbottom does not fall into the anti-paddle shift brigade, reasoning that it is not especially different in principle to a sequential gear lever.

However, he too believes that automated blip should not become a feature of Supercars, opining that it is one of three driver aids “that we probably need to make sure we never put it in.”

Speedcafe.com readers seem to be aligned with that sentiment, with 85.77% (3961) of 4618 respondents to a Pirtek Poll voting ‘yes’ to the question, ‘Should the heel-and-toe still be a driving requirement in the Gen3 Supercar?’

Van Gisbergen’s latest remark followed a positive assessment of the contest which was put on throughout the weekend at Sandown.

When invited to comment on that, however, he also seemed to allude again to the importance of reducing the aerodynamic disturbance created by modern Supercars when Gen3 comes around.

“I was having such a good time and everyone’s racing, at the moment, hard but respectful.

“A couple of years ago, people would just run you wide off the track and now I think the racing’s really good.

“It’s good at a track like this, where you don’t have many fast corners; you can actually battle people, so I enjoyed it.”

The 2021 Supercars Championship continues at Symmons Plains, where the Beaurepaires Tasmania SuperSprint takes place on April 10-11.