DeWalt Racing driver Scott Pye was disappointed not to give Team 18 something to smile about at last weekend’s Sandown SuperSprint.

While team-mate Mark Winterbottom was a chance to take his first podium with Team 18, Pye never looked likely to threaten the front-runners.

The 31-year-old began the weekend with a 12th place finish, improving to eighth in the second outing.

The worst result came in the weekend’s finale, Pye ending the race in 22nd and a lap down on the dominant Shane van Gisbergen.

Bemused, Pye said he couldn’t figure out why they were so far off the pace in Race 5.

“I think we have some kind of drama because our straight-line drive was just non-existent,” Pye told Speedcafe.com.

“We had a tough day [on Sunday]. So we pitted early, thinking it was a tyre drama, maybe low pressure, but it never came back to us. We just made sure we finished the race, that was all.

“I think we finished last. It was just on outright speed. In the wet [on Sunday] morning we were good. We moved forward.

“I think even on that opening lap [of Race 4] I moved forward quite a long way. I don’t know where I got to, but as soon as the race became about car speed I just wasn’t quick enough.”

Asked whether he could pinpoint the source of his troubles, Pye said, “Honestly, I don’t know, I’m just a steering wheel attendant, I don’t know enough about the cars to say.

“It could even just be set-up and we’re outside the window and in conditions like that, you’re just nowhere. That was it.” 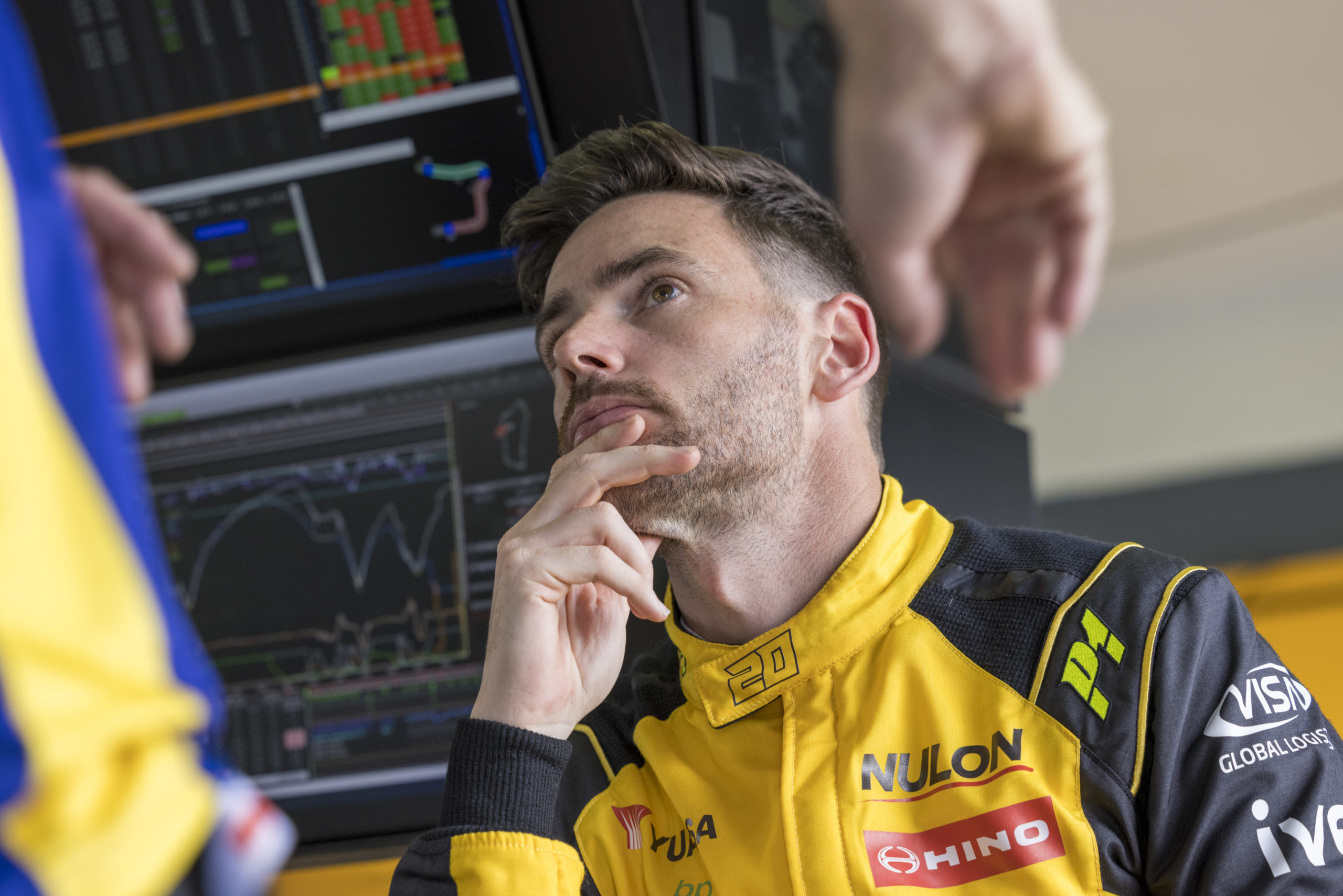 Pye lamented a missed opportunity in the weekend’s final race, which was wet throughout and saw some surprise results.

“I feel for everyone, I gave it everything I could,” said Pye.

“Unfortunately, I just couldn’t do enough. I’d love to give them something to smile about because in a race like that there’s an opportunity if your car is quick.

“You have a good time as a driver, battle like hell, and hopefully come away with a result like some others did.

“I always look at races like that as opportunities and I just wasn’t able to give the boys something to smile about, so I’m pretty bummed.”

Pye said he’ll spend time at the team’s Mount Waverley base in between events to get a better understanding of where he was lacking.

The next outing for the Melbourne-based driver will be at the Beaurepaires Tasmania SuperSprint at Symmons Plains International Raceway.

Pye is optimistic the team will overcome its Sandown struggle soon enough.

“I’m going to spend a fair bit of time at the workshop with the boys and really make sure we go through everything with the car,” Pye explained.

“They did such a remarkable job last year. This year I think we’ve rolled out with two really competitive cars.

“I want to try and keep their chin up and try and have a good time and go to Tasmania reinvigorated with two quick cars and try and capitalise on it.”

The third event of the Repco Supercars Championship takes place on April 10-11.