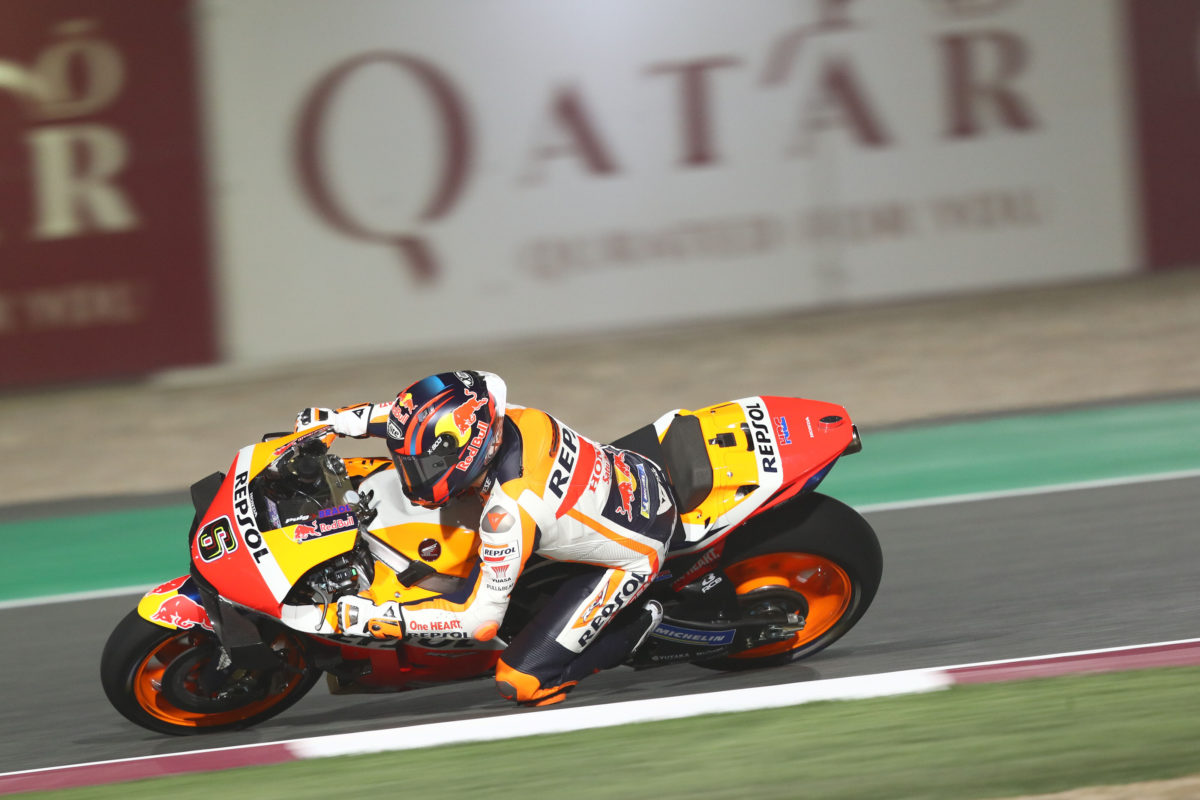 Honda has confirmed that Stefan Bradl will again stand in for the injured Marc Marquez when the MotoGP season starts this weekend in Qatar.

Despite being named on the provisional entry list, Marquez has now been ruled out of Round 1 at Losail as he continues to recover from a broken right humerus.

It will be the same rider who stepped into the breach for the latter 12 rounds of 2020 that does so again for the first, and most likely the second also, of 2021.

“As Marc Marquez continues to focus on recovering from his broken humerus, Stefan Bradl will again mount the Repsol Honda Team RC213V for the opening race of the year,” read an announcement from Honda Racing Corporation.

“Bradl ended 2020 with a string of solid results and again showed his pace during [official pre-season] testing in Qatar, the HRC Test Rider able to consistently challenge the established order during the test.

“Having last raced in Qatar in 2016, the Qatar Tests have been useful for Bradl to relearn the Doha track.”

Bradl himself said, “First of all I want to say thank you to HRC and wish Marc all the best on his continued recovery.

“We had a good test and I have been riding well after a busy 2020 and a good start to 2021. Hopefully we can have another strong weekend and gather some good information for Honda.

“It will be great to race in Qatar again, it has been a while since I have raced there but certainly the two tests have me up to speed with the track so I don’t think this will be a disadvantage to us. Let’s start the season.”

Marquez, who crashed heavily in the first race of 2020, had a third operation on his right arm in December and is due for another medical check on April 12.

While Honda’s communications have so far only stated that he is out for Round 1, Losail also hosts the Doha Grand Prix on the following weekend, April 2-4, and the six-time champion has himself advised on social media that he will be sidelined from both events.

If he is cleared to race again in that next medical check, he would be able to contest Round 3, the Portuguese Grand Prix, at Portimao on April 16-18.

It was at Portimao that Marquez rode a road version of the RC213V MotoGP bike in recent days, and also at Barcelona-Catalunya just over a week ago.

Repsol Honda’s (notionally) regular line-up is once again comprised of two Spaniards in 2021, with Pol Espargaro having come across from KTM in the off-season.