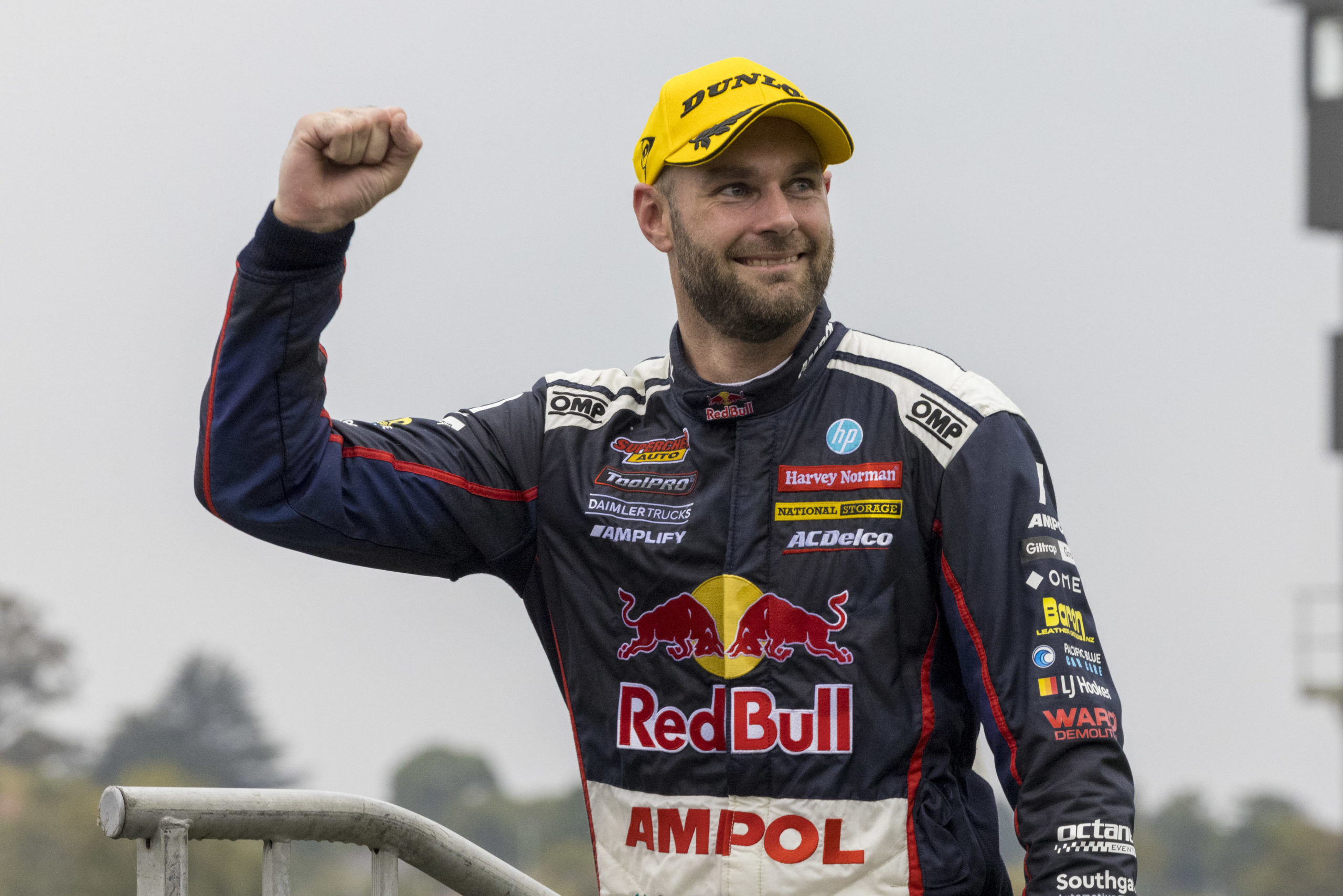 Shane van Gisbergen not only swept the Sandown SuperSprint with a broken collarbone but with three broken ribs, scans have revealed.

The discovery comes two weeks after he suffered a mountain bike accident in which he also broke his left collarbone and sustained ligament damage to his AC [acromioclavicular] joint.

Van Gisbergen underwent surgery immediately after suffering the injury to install a plate in his collarbone, which he will have for the rest of the season.

The spotlight was thrust upon van Gisbergen in the lead-up to the second round of the Supercars season with the injury having cast doubt over his ability to compete.

Co-driver Garth Tander was put on standby in the event van Gisbergen couldn’t race, but ultimately wasn’t needed as the Kiwi put on a clinic, which included a come-from-behind win.

The 2016 Supercars champion battled through the two-day event and at times doubted whether he would be able to contest the three-race weekend.

Van Gisbergen hopes to race in the forthcoming Bathurst 6 Hour and second round of Fanatec GT World Challenge Australia Powered by AWS on April 2-4.

The second round of the GT championship is set to see van Gisbergen reunited with Prince Jefri Ibrahim of Johor in the Triple Eight Race Engineering-run Mercedes-AMG GT3.

The Kiwi was absent from the first GT event of the year at the Phillip Island Grand Prix Circuit due to the injury and was subsequently replaced by Supercars team-mate Jamie Whincup.

Last month it was confirmed van Gisbergen would race a BMW M4 in the production car race, which he has since used as part of his recovery assessment.

In an effort to speed up his progress, van Gisbergen has been undergoing hyperbaric oxygen therapy and has been supported by the team’s physiotherapist Chris Brady.

With 605 points to his name, van Gisbergen holds the Supercars championship lead ahead of team-mate Whincup on 455 points.

The next round of the championship takes place at Symmons Plains International Raceway on April 10-11.

Some good (and insane) news from SVG! 🤜🤛

No extra damage to his collarbone this weekend, but they did find out he had been racing with 3 broken ribs 😳#SuperhumanSVG #RedBullAmpol pic.twitter.com/AnL8E0aGaJ