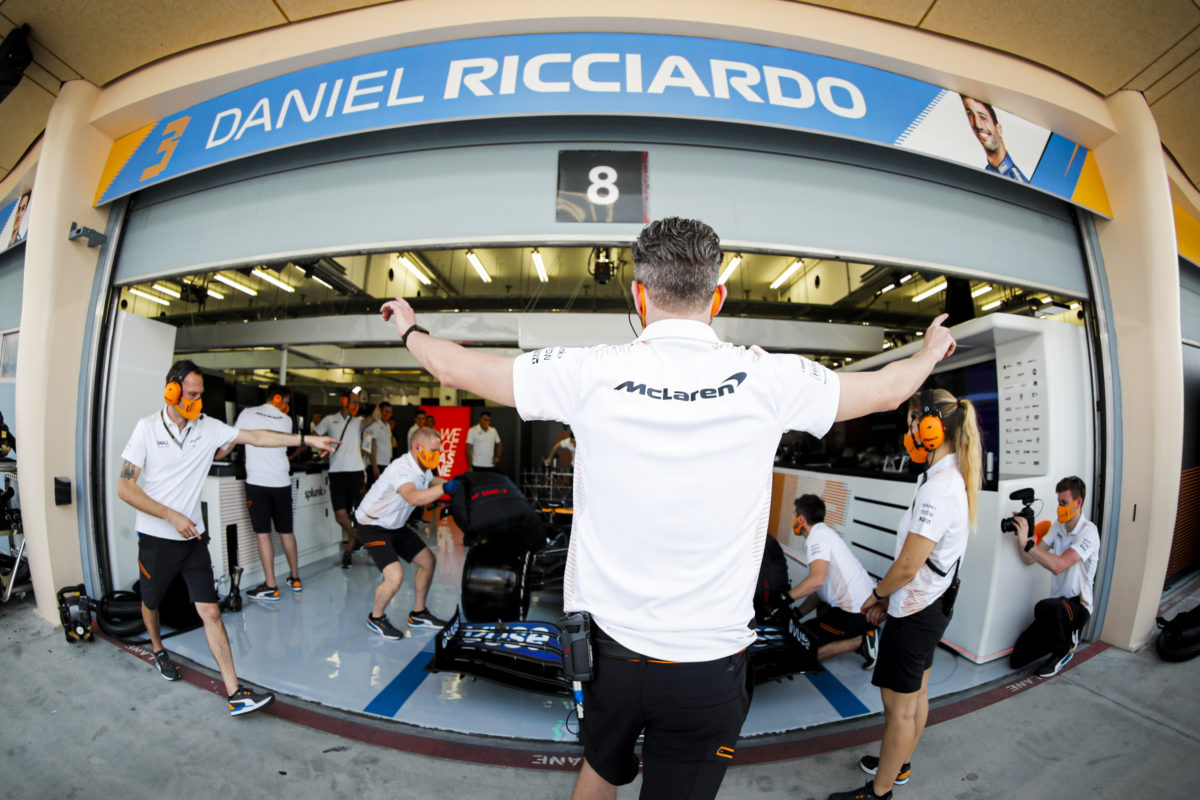 The McLaren garage during pre-season testing

Lando Norris has revealed that Daniel Ricciardo has already started having an impact within McLaren ahead of the 2021 Formula 1 season.

A seven-time grand prix winner, the Australian’s signing is the latest in a string of developments which has seen McLaren move up the constructors’ championship table every year since 2017.

Things got off to a strong start in pre-season testing where Ricciardo and Norris enjoyed trouble-free running throughout all three days.

It was the first time the pair had worked together on track, with Norris suggesting their relationship is already moving in the right direction.

“It’s been a good start between us as a team, and obviously Daniel coming in,” Norris told Sky Sports.

“There’s things he’s, I want to say, learned from me already because of my experience with how to drive the McLaren car, which is probably quite different to the Renault.

“And there’s things I’ve already been able to learn from him in terms of his feedback, the way he drives because he’s used to driving a very different car, and driving race-winning cars over the past few years.

“So I think it’s a been a good start between us, we’re pushing the team forward.” “I think why we’ve done reasonably well in the past few years as a team is how I worked with Carlos, and Carlos working with me, and how we pushed the team forward and in the right direction,” Norris reasoned.

“That’s something we need to keep going, keep doing this year too.

“I think we’ve started off well, we’re doing that at the moment, and I’m sure that’s going to continue over the first few races most importantly.”

Norris and Ricciardo will hit the track for the opening round of the 2021 season on Friday at the Bahrain Grand Prix, with Free Practice 1 starting at 22:30 AEDT.