The impact of aerodynamic changes for the 2021 Formula 1 season are comparatively subtle for drivers, according to AlphaTauri’s Pierre Gasly.

Regulation changes surrounding the floor and diffuser for this season have been made in an attempt to reduce downforce.

With the sport largely carrying over its cars from last year, there were concerns ongoing development would lead to more tyre failures and the cars themselves becoming too fast for circuits.

The floor in front of the rear wheels has been trimmed as a result, along with changes around the bargeboard area and the strakes in the diffuser.

While teams will have clawed back some of the losses, it’s hoped the changes has at least stunted development sufficiently.

From the driver’s seat, Gasly suggests the new changes are subtle.

“When it comes to the effect of the new technical regulations, I’d say what we saw is that we have a little bit less grip everywhere,” he explained.

“You don’t feel a difference in terms of how the car handles and behaves and I’d say it’s fairly similar to what we experienced last year – a bit worse in some places, a bit better in others.

“The overall balance is similar, it’s just there’s less grip so you are slower through the corners. But it’s not a big difference.” 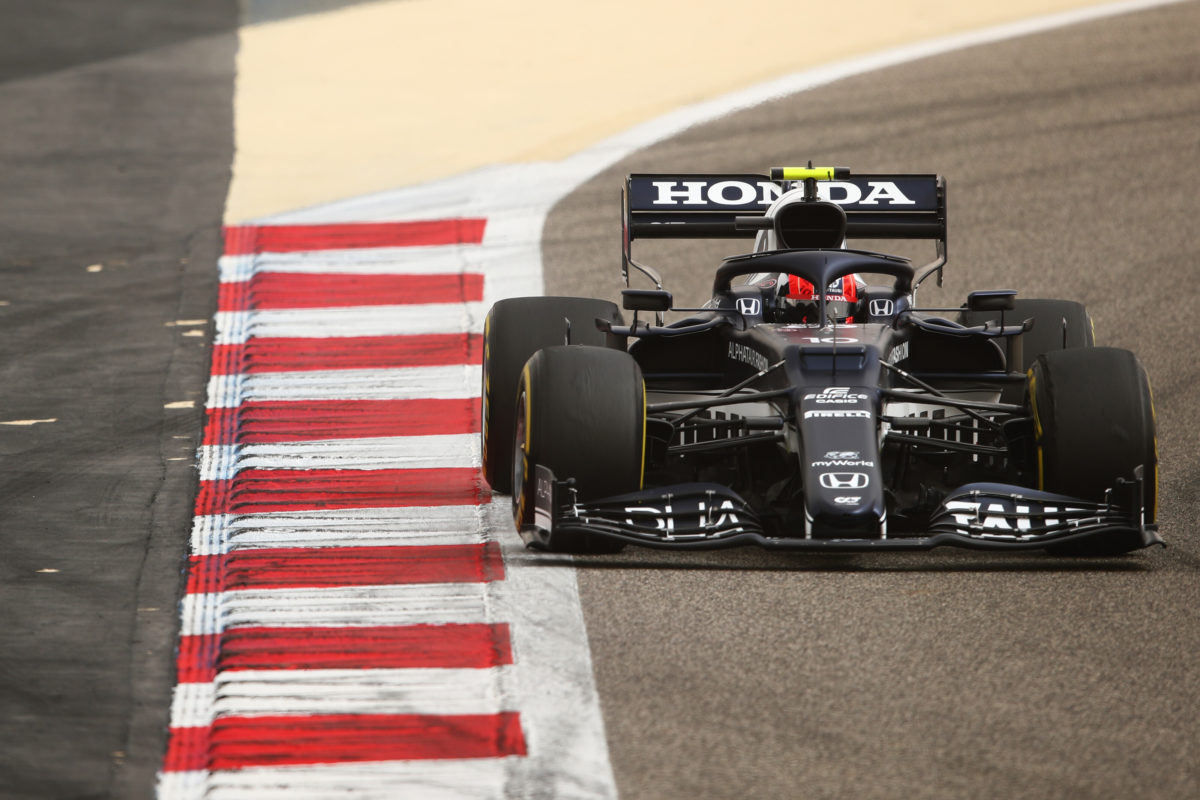 AlphaTauri proved strong in pre-season testing with suggestions it could have leapfrogged its way to the front of the midfield pack.

However, with no visibility into fuel loads and the programme each team was running, exact predictions are nigh on impossible.

Gasly though is happy with the package he has in the AT02, suggesting it’s starting from a strong base.

“We have a really good base from which to start the year and the car also reacts well to any changes we make to it, which is a good sign,” he said.

“During the test, we didn’t push flat out very often, so it’s hard to get an accurate picture of the improvement on the PU (power unit) side, but I know what Honda has done and it was encouraging that we had zero bother on the PU over the three days, even though we did a huge number of laps.

“We’ll get a better idea when we push harder at the first race.”

Free Practice 1 for the Bahrain Grand Prix, the opening round of the 2021 Formula 1 championship, begins at 22:30 AEDT on Friday.