Bagnaia: I’m not a number two to Miller

Bagnaia: I’m not a number two to Miller 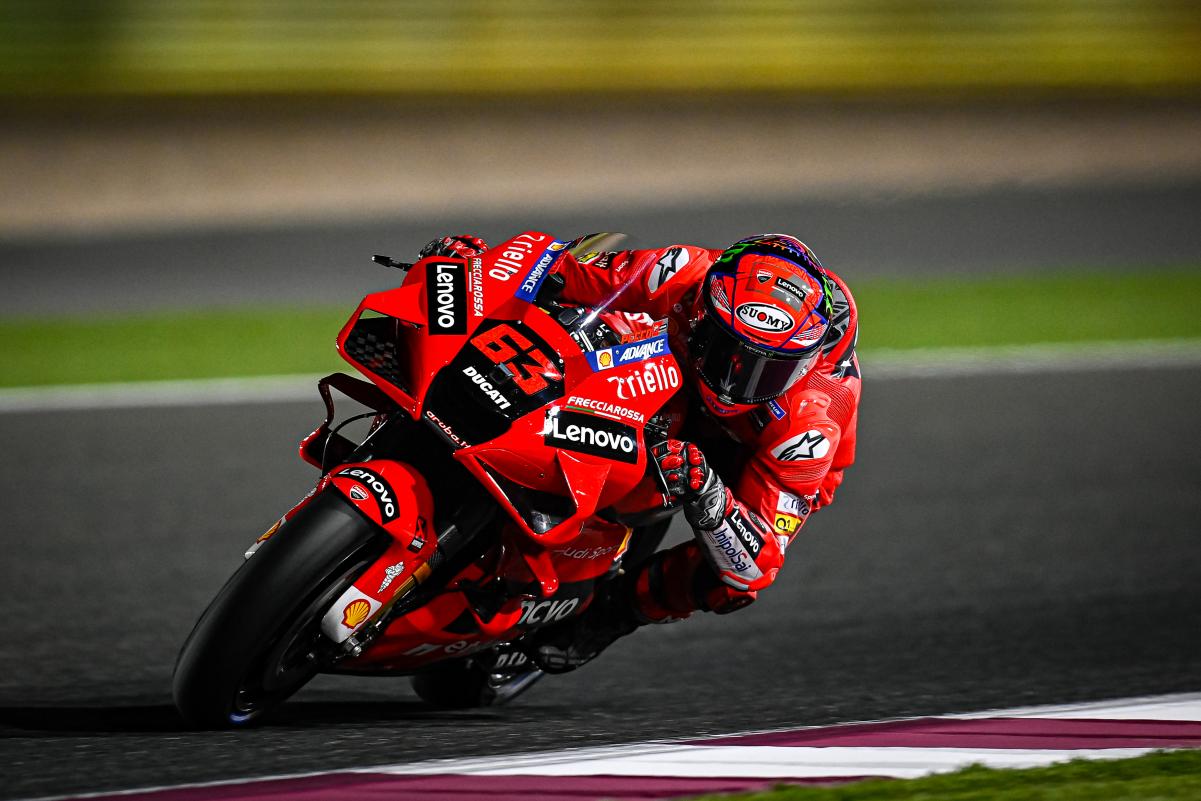 Francesco Bagnaia does not believe that he is behind Jack Miller in a Ducati Team pecking order despite the Australian’s strong form.

Both were promoted from Pramac Racing to the factory team at the end of the 2020 season, which Miller finished with back-to-back second placings.

The Australian then went and unofficially broke the All Time Lap Record at Losail in pre-season testing, having already been named as a favourite for 2021 MotoGP title by the likes of Maverick Viñales.

Bagnaia had, at one point, seemingly had the wood over Ducati last year but crashed out of four of the last five races, before finishing fifth-quickest in the recently completed test.

However, he does not feel that he has been deemed Ducati’s number two.

“I’m feeling at the same level of Jack inside of the team,” said the Italian.

“I don’t feel that he is in front of me in the line of Ducati.

“For sure for the result he has done last year in the last races, for sure he will start with more pressure maybe.

“But Ducati never made me feel like I’m second in this team at the moment.”

While Miller has said of championship favouritism, “I enjoy it a lot”, Bagnaia is setting his sights on the top five, given his conclusion to the last campaign.

“Looking at my final races of last year, I prefer to say that the top five will be my objective because I finished the season struggling a lot and I prefer to remain thinking on the top five and not for more,” he remarked.

“So, my pace is very good, so I say top five, but we will see during the [upcoming race] weekend.”

The Qatar Grand Prix opens the season on Friday night (AEDT) when the MotoGP field heads back out on the Losail circuit for practice.