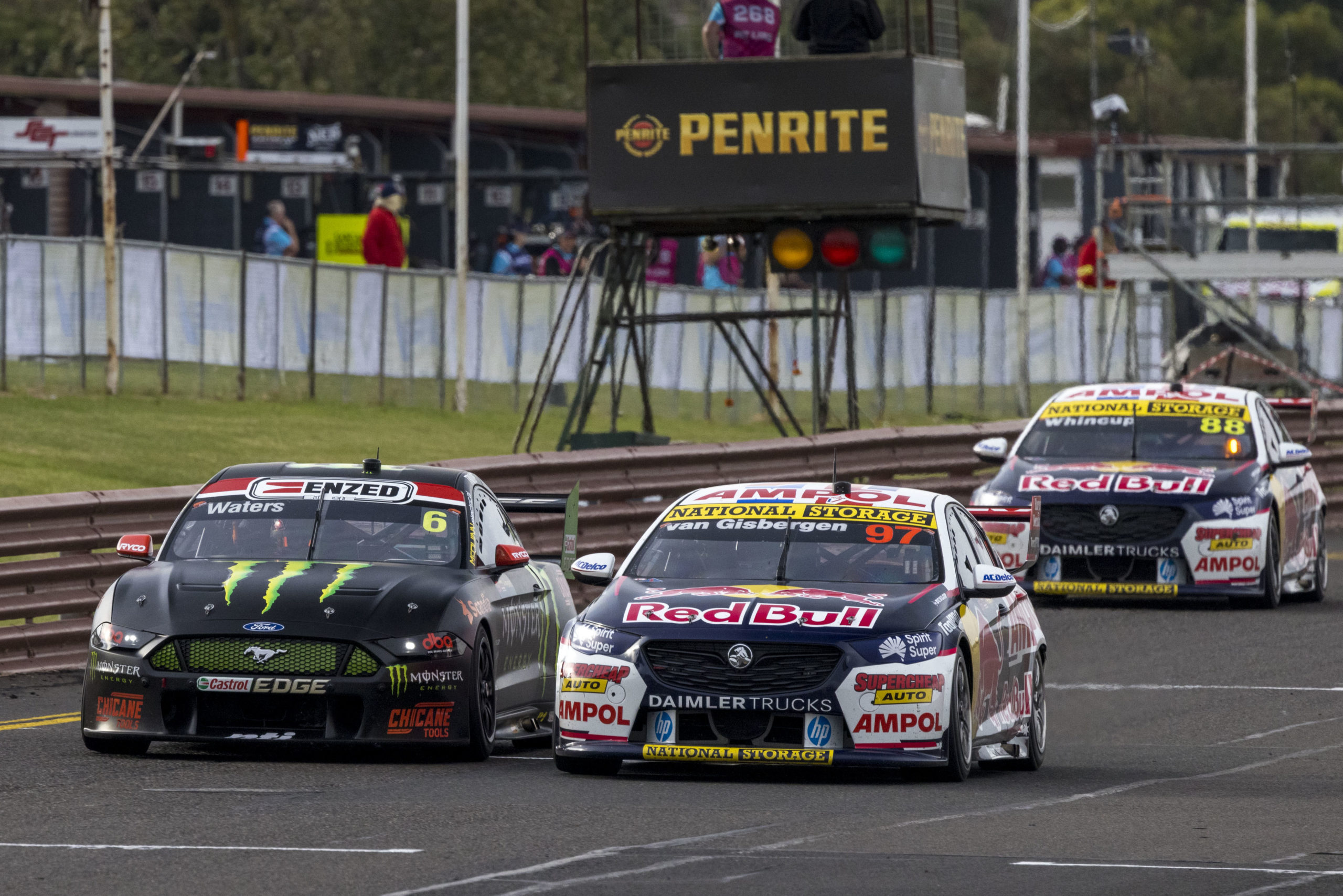 Cameron Waters says he has “massive respect” for what Shane van Gisbergen was able to achieve in spite of a broken collarbone at Sandown.

The Red Bull Ampol Racing driver claimed an emphatic come-from-behind win in Race 3 of the Repco Supercars Championship, in doing so, breaking a 56-year-old championship record.

Waters ended the 36-lap affair in the opening race of the Penrite Oil Sandown SuperSprint runner-up to van Gisbergen after a last lap past starved him of the win.

Nevertheless, Waters heaped praise on the Kiwi, who started his Holden ZB Commodore from 17th on the grid and raced on in pain.

“He’s got a speedy car and he’s obviously not in too much pain so he’s still thinking good, so yeah he was maximising it and yeah, he deserved that race,” said Waters.

“He obviously did everything he needed to do and us battling for the lead for those few laps helped him as well.

“It is what it is, I had a lot of fun and for me it was good just to get a few points on the board.”

The dying stages of Race 3 saw an almighty battle between Chaz Mostert, Waters, and Jamie Whincup for the top three.

It was that tussle which would ultimately bring van Gisbergen into the picture.

Waters relished the encounter with the pair, initially struggling to pass Mostert who was on older tyres.

“I was having so much fun,” Waters explained.

“Obviously Chaz was hurting, I could see that. Every time I got close to Chazzie and was about to make a move, JDub decided he wanted to have a crack at me.

“We did that for a few laps until I could actually get Chaz. Those three or four laps of that is probably what got Shane back into the race.

“It is what it is, we had so much fun doing that. Massive kudos to obviously Shane for what he has just achieved with his shoulder and everything, so yeah, massive respect.

“You can’t write him off ever, can you?” Waters added.

“But for me, I was just racing my own race and I knew what I had to do and when he popped up, it was just another battle that I was about to endeavour on.

“He had a tyre advantage but I did everything I could.”

Waters has leapt up the drivers’ championship to fifth on 275 points.

The Tickford Racing driver was bogged down the order after a power steering issue deprived him of a potential win in Race 1 of the season.

Van Gisbergen still leads the way on 400 points having swept the three races held so far this season.