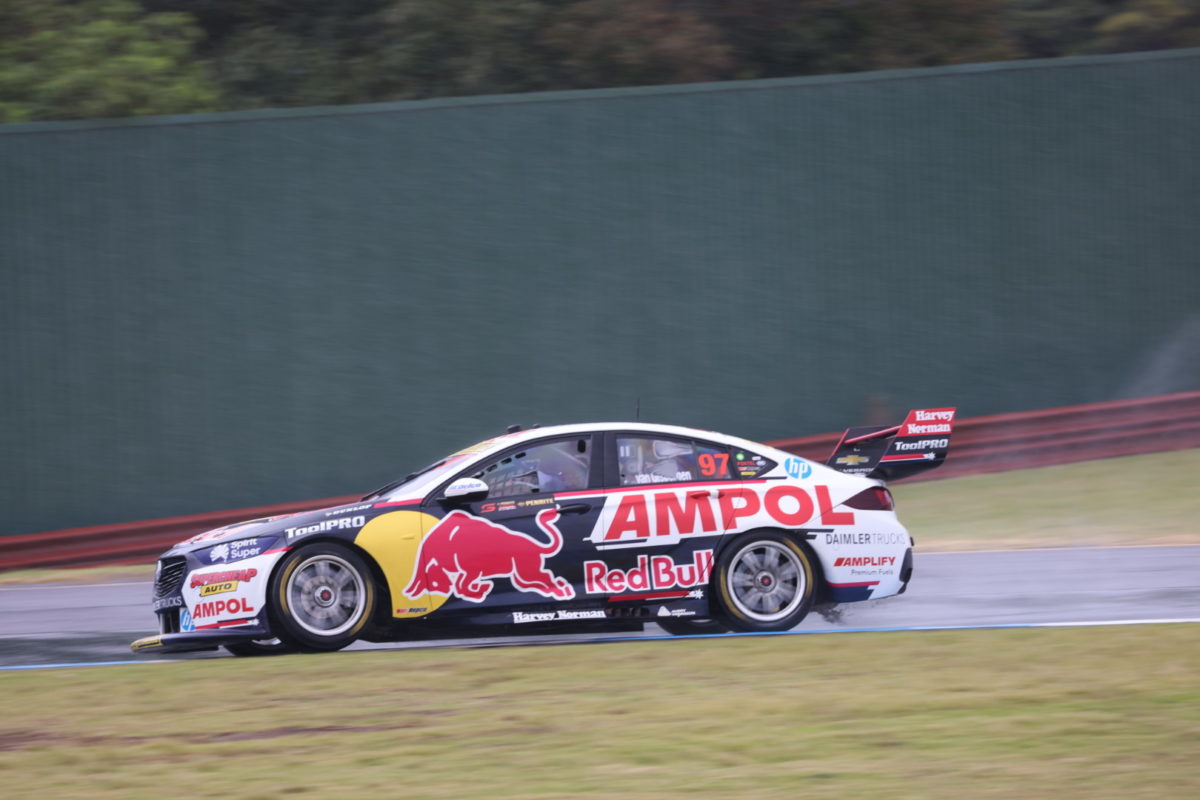 Shane van Gisbergen has survived a scare in rainy conditions to qualify on pole for both Race 4 and Race 5 at the Penrite Oil Sandown SuperSprint.

Both 10-minute sessions produced Red Bull Ampol Racing front row lockouts but it could have been different given van Gisbergen’s error in the latter minutes of Qualifying for Race 4.

The Race 3 winner had not long set what would stand as the fastest lap of the session when he lost control at Turn 2 but he managed to avoid a red flag.

As such, Jamie Whincup ended up second on both occasions, and Cameron Waters’ streak of front row starts came to an end with results of fourth and then 10th in the #6 Monster Energy Mustang.

Said van Gisbergen after the two sessions, “It was awesome to drive.

“It was just learning the lines and trying to follow the train tracks but yeah, the car was awesome in both sessions.”

The conditions should also ease the load on his broken left collarbone, with the 2020 Bathurst 1000 winner commenting, “Normally I don’t like the rain but today it’s not a bad thing.”

A red flag was called three minutes into the earlier of the back-to-back sessions, with no driver having quite completed a lap, after Jake Kostecki beached his #34 Unit ZB Commodore at Turn 1 due to a hanging throttle.

Light rain became heavier as the 23 remaining steerers were finally able to put a proper lap time on the board, at which time Whincup (#88 ZB Commodore) was quickest on a 1:18.5666s.

Van Gisbergen then improved from his initial 1:18.9970s to a 1:18.3270s before he survived a serious scare inside the final three minutes.

The New Zealander lost the rear end of his #97 ZB Commodore through Turn 2 but managed to keep it off the barriers as he skated across the race track.

The next task was to clear the area and therefore save a red flag which would have seen him stripped of his fastest lap, which he managed to do so. 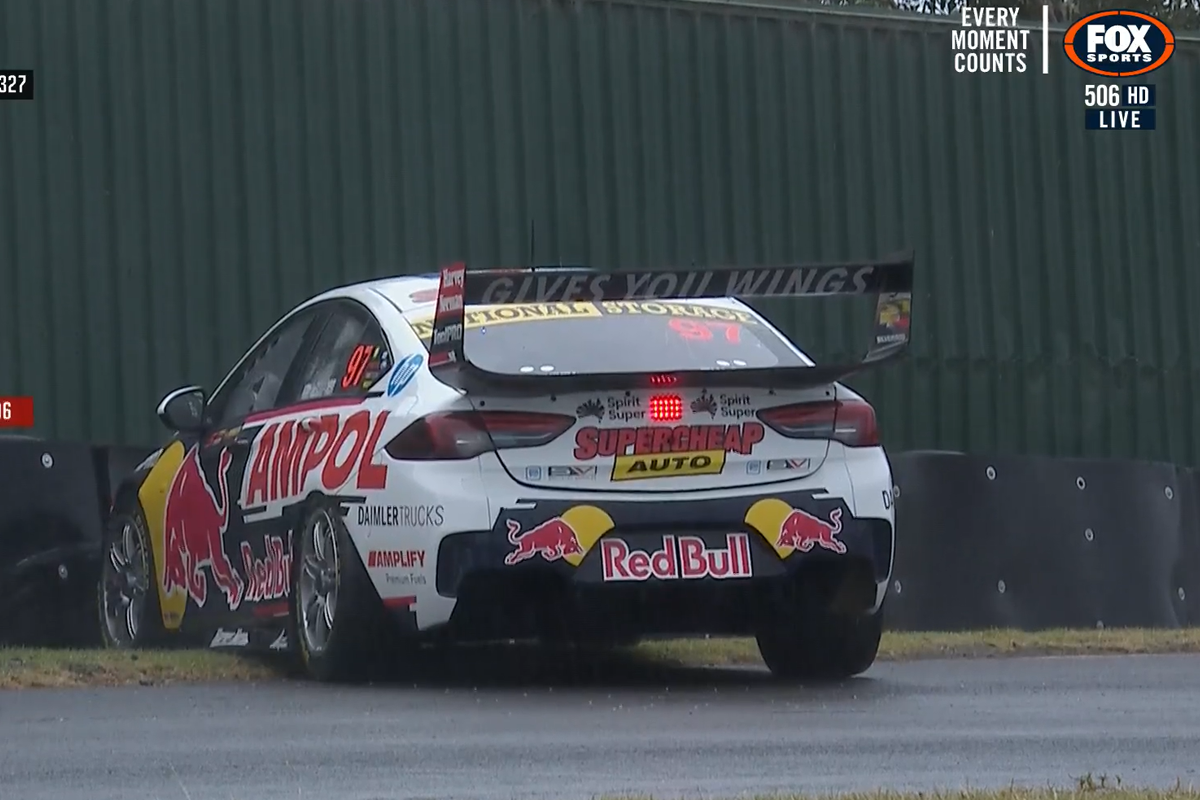 With the rain getting heavier, the usual pattern of more pace coming as tyre temperatures increase did not come to pass.

Chaz Mostert (#25 Mobil 1 Appliances Online ZB Commodore) did move up with the chequered flag out, but only one position to third, behind the Triple Eight Race Engineering duo of van Gisbergen and Whincup.

The top eight were within a second of pole, while Mark Winterbottom (#18 Irwin Tools ZB Commodore) was 1.1169s off the pace in 11th.

Qualifying for Race 5 was an uninterrupted stanza which followed a more normal pattern for a wet session.

Heimgartner was quickest through the first flyers with a 1:19.2608s as van Gisbergen straight-lined the esses at the end of the back straight.

His final two laps saw no improvement, but no one else could get close, with Whincup’s best a 1:18.3631s.