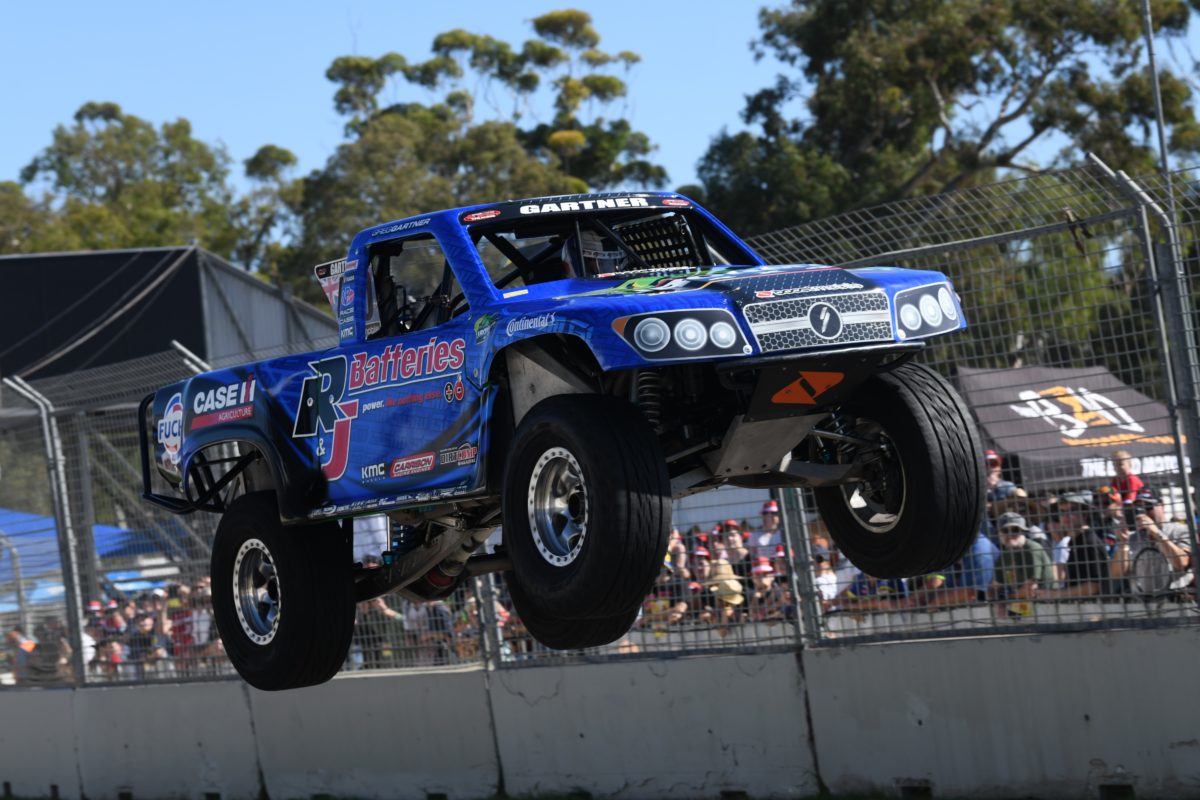 Stadium Super Trucks will make its Australian return next month

Stadium Super Trucks is set to make its Australian racing return next month at Tasmania as part of a seven-round schedule on the 2021 Repco Supercars Championship support card.

The American category last featured in Australia at the Adelaide 500 in February 2020.

“And then from Tassie we’ll go on to Darwin and then to Townsville, followed by Sydney Motorsport Park, across to Perth, New Zealand if it all goes to plan, and then we’ll finish at the Boost Mobile event at Gold Coast, which is exciting for all of us,” SST Australia manager Nathan Cayzer told Speedcafe.com.

“We’ve obviously been really fortunate that we’ve got some good partners that have continued to support us through the tough times and we’re just looking forward to getting back out on the track and returning the favour to them and getting things moving.”

New Zealand will also be a first for SST, while Sydney Motorsport Park brings the prospect of racing under lights.

Given travel restrictions, the field at Tasmania will certainly have a more local flavour than usual.

Among drivers expected to take part are Paul Weel, Shae Davies and Paul Morris – the latter of which Cayzer reserved praise for his support.

“The plan is to get as many trucks as we can on track for Tassie given the short turnaround time, and really put on a show for Tasmania and support Supercars and make sure that we get those people buying tickets and coming in the gate,” said Cayzer.