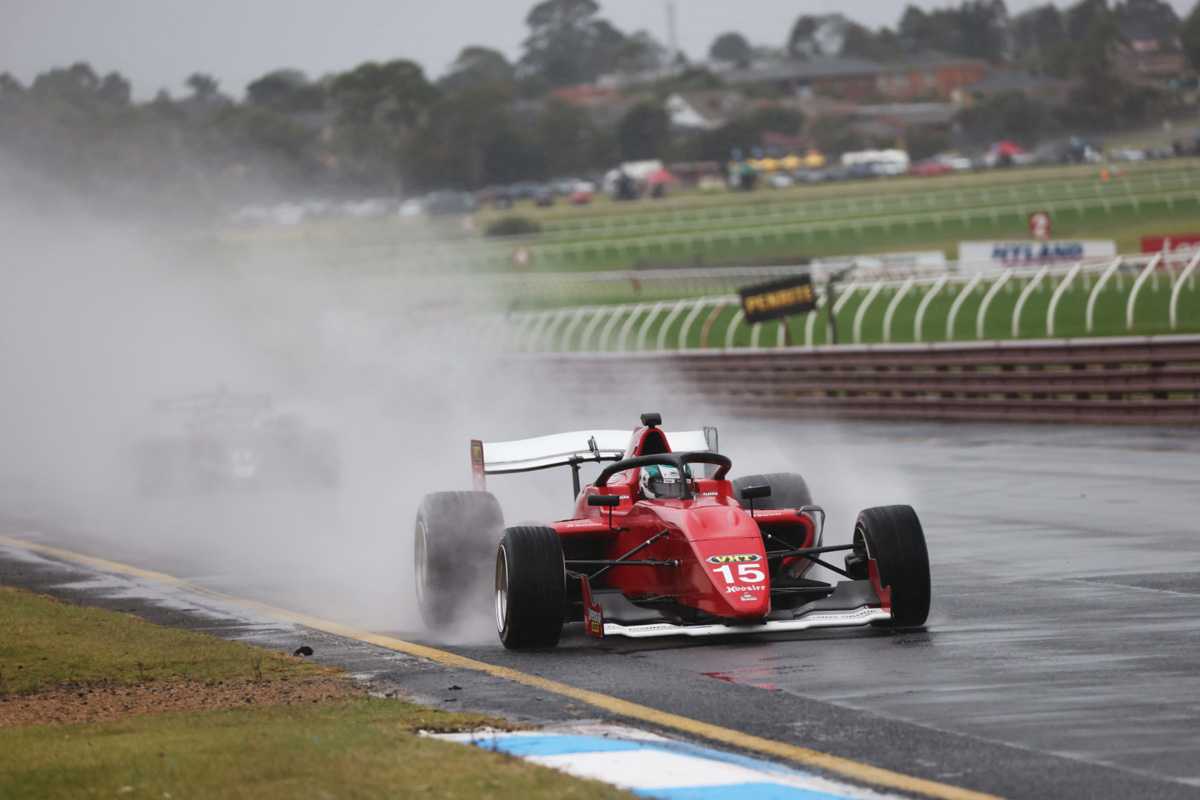 Kaleb Ngatoa has claimed S5000 Heat 2 at a wet Sandown while Joey Mawson moved into championship lead by finishing second to his BRM team-mate.

Ngatoa led the field away having been granted first position on the grid due to the qualifying inversion, while Tim Macrow went around the outside at Turn 1 to take second spot from a start of fourth.

Macrow held the spot only until Turn 2, when he was tagged by Nathan Herne and went spinning, as did Thomas Randle behind him.

Replays showed that Randle had been nudged by James Golding as the pack concertinaed in the tight, right-left complex, although it was not clear whether or not Golding had already received a tap from Cooper Webster.

Golding went little further due to steering damage, running off the back straight and drawing a Safety Car.

At that point, Ngatoa headed Herne and Mawson, although there was a change for second position as soon as the field was let loose again. 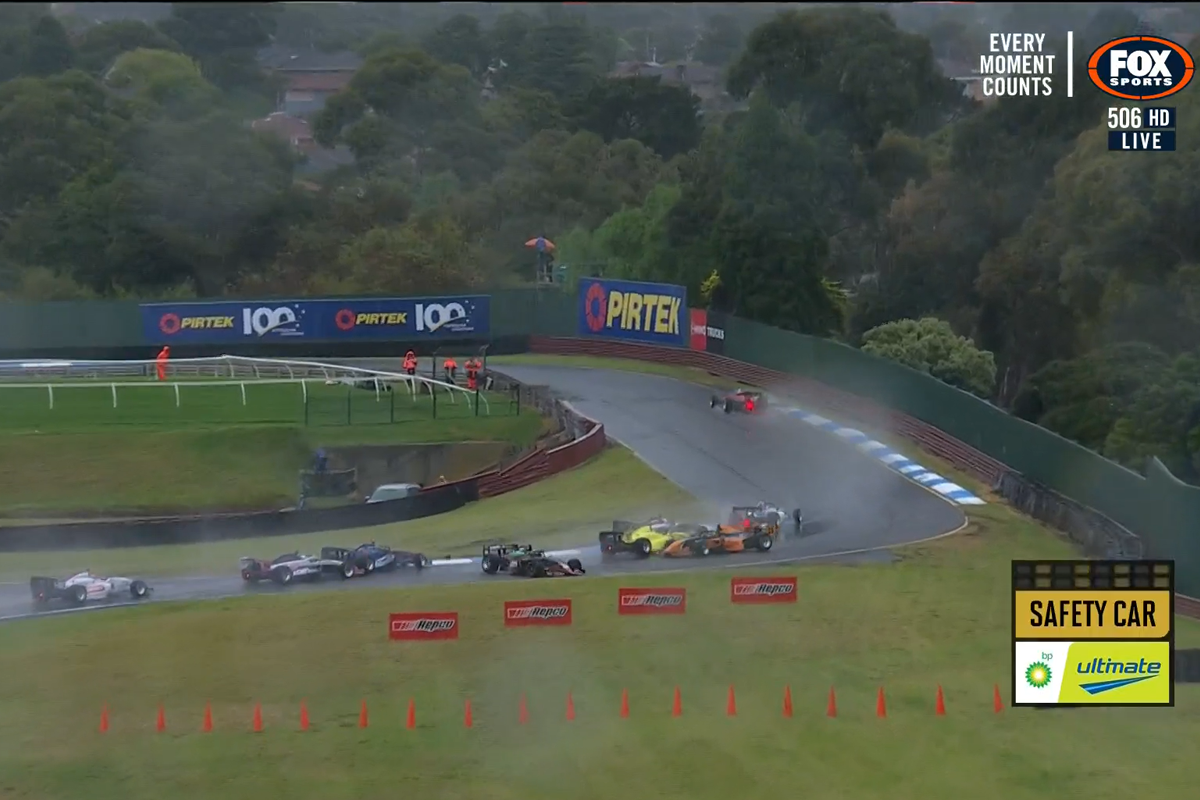 The top two broke away and while Mawson tailed Ngatoa closely in the latter stages, he never shaped for a move, making for another first-time race winner in the category.

Randle, who lost the championship lead in Heat 1, was clawing back ground after his Castrol BRM machine’s opening lap rotation and caught Herne with a couple of laps to go.

That battle was decided right at the finish line, with Randle snatching third by 0.0017s.

The Main Event (feature race) of Round 3 of the VHT S5000 Australian Drivers’ Championship is due to start at 14:45 local time/AEDT.