Joey Mawson has tightened his grip on the VHT S5000 Australian Drivers’ Championship with victory in the Round 3 Main Event at Sandown.

The championship leader was left alone on the front row of the grid for the weekend’s feature race after BRM team-mate Kaleb Ngatoa crashed on his way to the starting grid.

Ngatoa had lit up the rears of Car #15 as he exited the pits, looping it around and busting the nose on the concrete wall on driver’s left.

Mawson duly led the field away when the lights went out and gradually increased his margin over Nathan Herne, whom he beat to the chequered flag by 6.77s after 16 laps.

Such was the championship leader’s dominance, he reset the lap record in clocking a 1:06.4369s on Lap 7, whereas the next-quickest personal best lap was Herne’s 1:06.7064s. 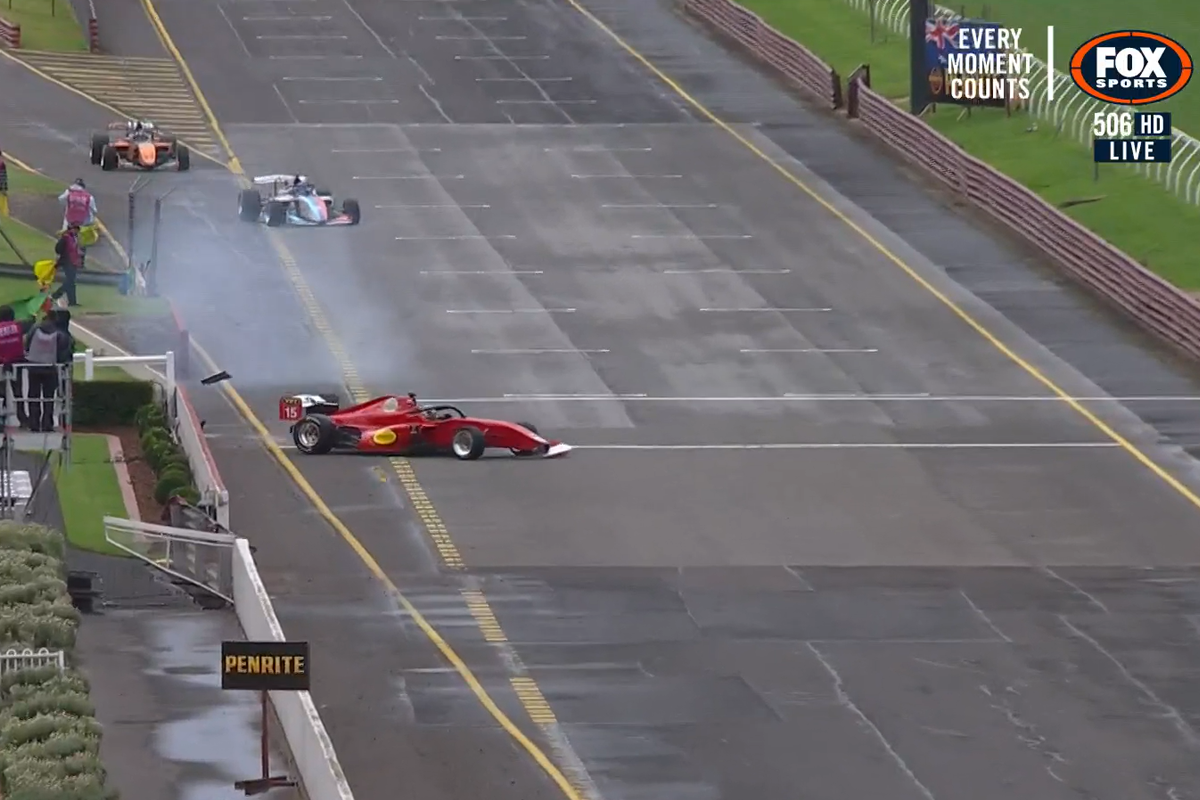 Pre-event championship leader Thomas Randle ran fourth early on but spun on his own when he straddled the Turn 1 exit kerb on Lap 2.

He stayed off the infield fence and managed to continue, albeit back in 10th position, before driving the Castrol BRM car back to sixth by the end.

The fourth and final round of the 2021 season, which precedes a switch to a summer calendar, takes place at Sydney Motorsport Park as part of the Shannons Motorsport Australia Championships event on April 30-May 2.