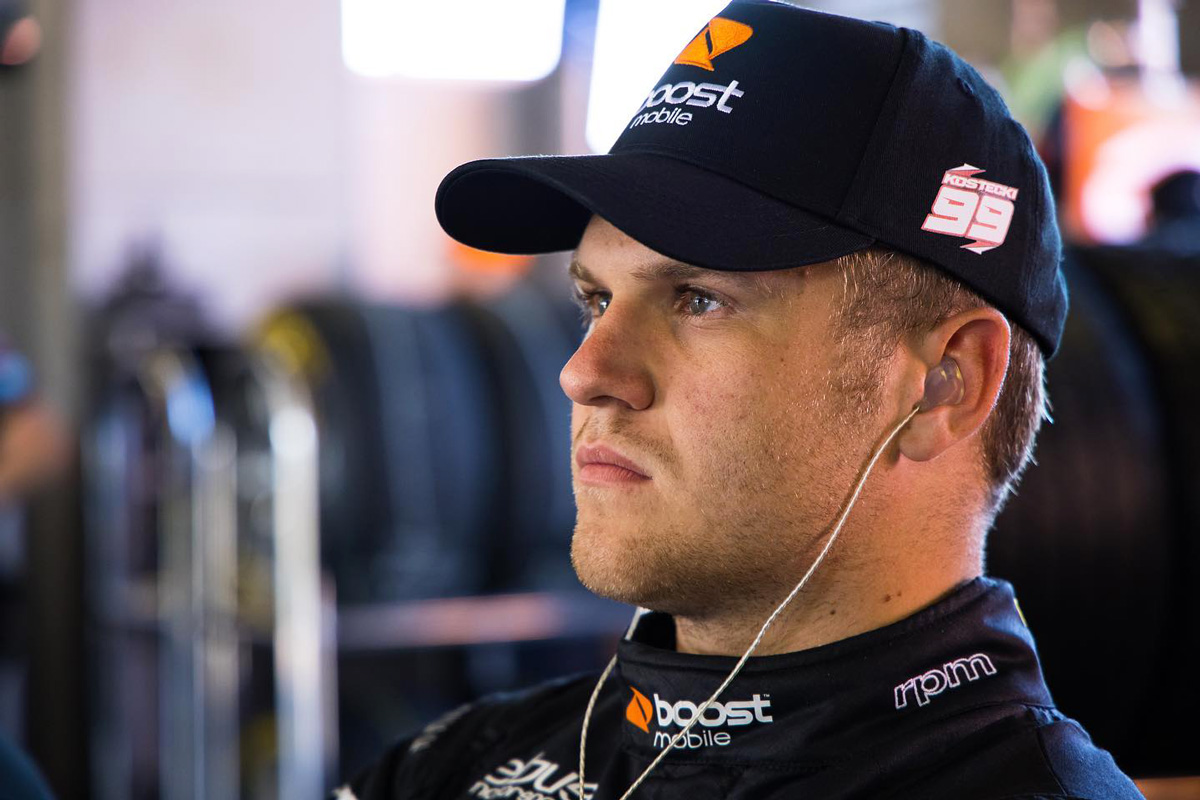 Kostecki continued his strong form by qualifying ninth yesterday – despite gremlins limiting his practice running – alongside Erebus Motorsport team-mate Will Brown on the fifth row of the grid.

But high hopes for Race 3 soon faded as the #99 Boost Mobile-backed driver was caught up in a number of skirmishes that sent him spiralling down the order.

Kostecki ultimately wound up 17th and was still aggrieved this morning ahead of a pair of qualifying sessions to set the grid for two races later today.

“I was used as a bit of an apex on Lap 1, so Turn 4 I just got pushed wide and on the second lap my left-rear was used as an apex by [Scott] Pye,” he said.

“It’s a bit early for that shit really in the season, so we have got plenty of bars in the truck for the next two races.”

He was not the only driver to air grievances this morning, with Will Davison seemingly not stoked with a lack of action by the stewards on late-race contact between himself and Nick Percat yesterday.

Davison, who had relatively fresh rubber at his disposal, was sent through the weeds “Dukes of Hazzard” style after the Turn 2 collision and was forced to pit, finishing just 22nd in the end.

“Pretty full-on, pretty rude to be honest but hey, that’s racing, that’s what it’s all about,” said the Dick Johnson Racing driver.

“I’ll know how much room to give Nick next time he’s next to me.

“But we race hard normally, I was a bit surprised he sent it in there like that but it’s all fun and games.”

The first of two qualifying sessions this morning gets underway from 10:30 AEDT.