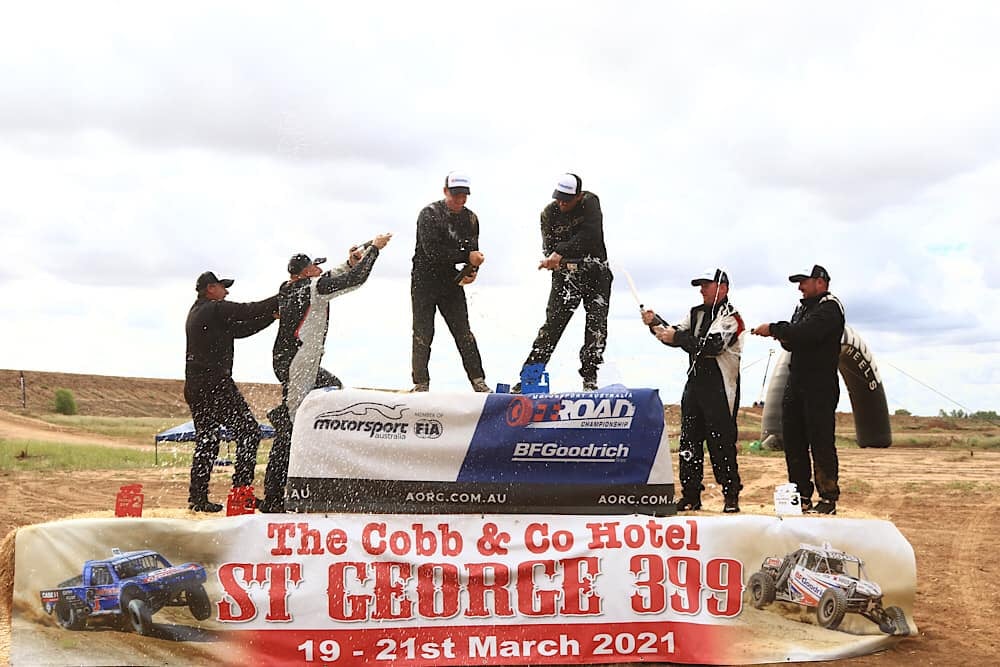 Josh Howells and Eric Hume atop the AORC podium

Josh Howells and Eric Hume have won the Cobb & Co Hotel St George 399 after leading from start to finish.

The pair held a comfortable advantage heading into the final day of the event after strong runs on both Friday (Prologue) and Saturday.

It marked Howell’s first career win in the BFGoodrich Motorsport Australia Off Road Championship, the final margin of victory four and a half minutes.

“It was all about the win and that’s what I tried focusing on. We got there in the end. It was great.

“There is also something that tests your nerves during racing,” he added.

“I thought it was blowing the exhaust off the truck coming out here, but unfortunately we had little bits and pieces to deal with.

“It kept me honest, but we got there in the end.”

Gartner’s performance capped off a weekend that started with fly-by-wire throttle issues, the team reverting to a traditional cable setup for the final day.

The Richards pair held sway after the opening day by seven seconds, but Spokes was able to overhaul them and steal the class win and outright podium place on the final lap.

The points standings sees Howells now lead the competition over Gartner and Richards.