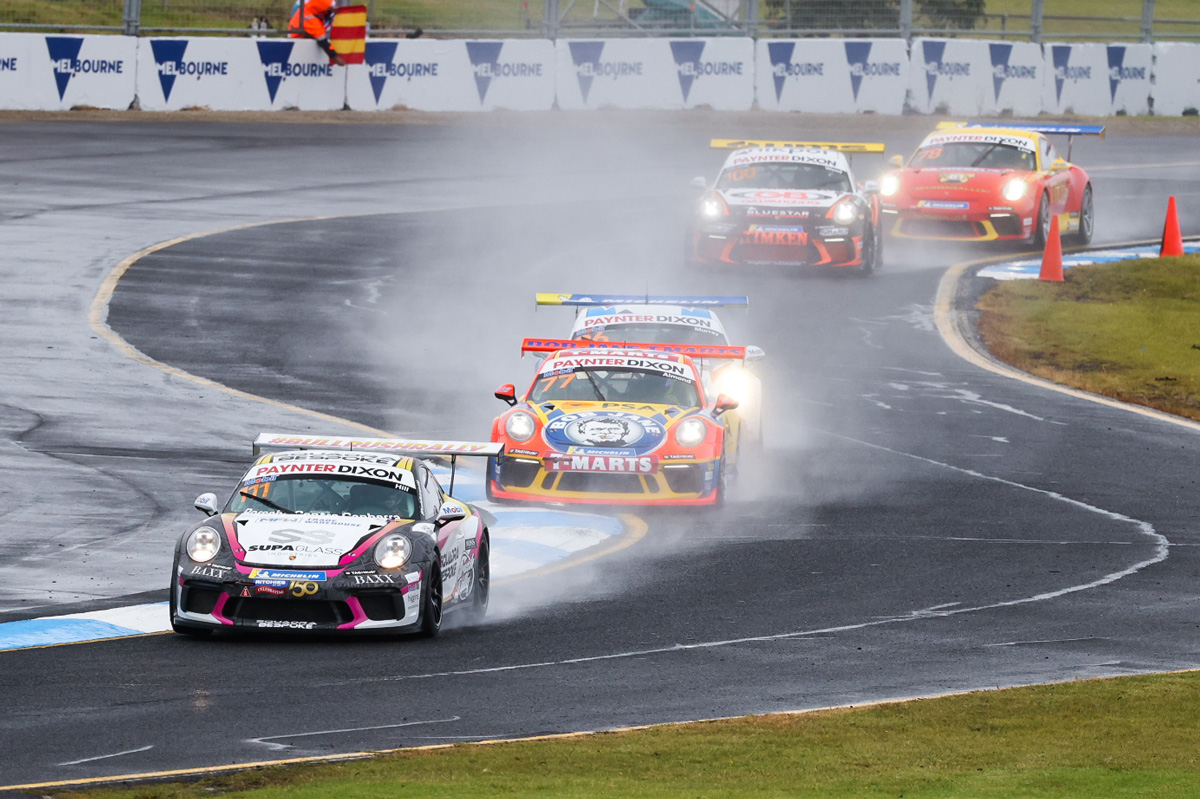 Cameron Hill has prevailed in an entertaining scrap for victory in the first Porsche Paynter Dixon Carrera Cup Australia enduro of the year.

Drivers were met with torrid conditions as rain hit the Sandown circuit throughout what was slated to be a 30-lap affair.

That became 27 due to time certainty, with Hill making the decisive move for the lead on Cooper Murray on Lap 24.

Hill got past on the run to Turn 2, only to then spear through the infield and sneak back on just ahead of Murray.

The order at the front remained that way despite the late presence of lapped traffic, with Hill taking the chequered flag with a margin of 2.4129s.

Despite a big moment of his own through the infield, Murray made a timely move on Hill at the start of Lap 4 – moments before the Safety Car was called to retrieve Dale Wood’s stricken Porsche.

Wood had spun out of fifth place all on his own under pressure from Craig Lowndes, ending up in the Turn 11 gravel trap.

Lowndes would move forward to third by the end, only after winning a tantalising battle with Aaron Love that spanned many laps.

Following Lowndes and Love was Nick McBride in fifth and a hard-charging Luke Youlden, who made up 16 spots after starting 22nd.

Almond slipped to 12th all told, unable to convert his dry pace from yesterday.